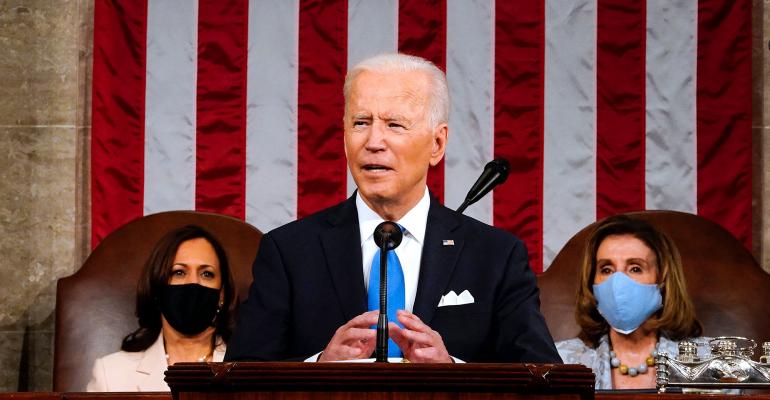 Facing the prospect of higher taxes, hedge fund managers are looking to move to Puerto Rico to avoid federal levies.

ExodusPoint Capital Management and Millennium Management have established subsidiaries on the island, according to local records. That could help portfolio managers at the firms relocate to Puerto Rico to obtain huge tax breaks -- an increasingly popular option now that the pandemic has made working remotely mainstream.

Michael Gelband’s ExodusPoint created a money-management unit on the island on behalf of co-founder Hyung Soon Lee, who moved there last year, and other investment talent in the region. Izzy Englander’s Millennium set up its own Puerto Rico arm weeks after Biden’s election.

The existence of the subsidiaries, which hasn’t been reported previously, holds greater significance now that Biden has proposed a series of tax increases on top earners. While some Wall Street denizens have been moving to locales with no state income taxes, such as Florida, those who venture to Puerto Rico may be able to avoid federal levies as well.

“You have a lot of people looking to relocate because they no longer have to be in close proximity to where they work,” said Peter Schiff, who moved the asset-management arm of his Westport, Connecticut-based brokerage, Euro Pacific Capital, to San Juan in 2013. “The higher the taxes are” in the U.S., Schiff said, “the greater the appeal of coming here.”

Dan Morehead’s Pantera Advisors, based in Menlo Park, California, set up a money-management unit last month in the town of Guaynabo, according to a filing.

Billionaire John Paulson, who made a fortune betting against the housing market ahead of the 2008 financial crisis, began scouting for real estate on the island in 2013. Paulson, who said in recent years that he intended to move to Puerto Rico, now has no plans to do so, according to a spokesman.

The lure for would-be tax-savers is a pair of laws Puerto Rico enacted in 2012 to attract wealthy mainlanders: the Export Services Act and the Individual Investors Act. The latter is of particular interest to hedge fund managers because it exempts capital-gains taxes, including those levied on the performance fees that comprise the bulk of their compensation. In New York, such income currently would be subject to aggregate federal, state and local taxes approaching 50%.

Puerto Rico received almost 3,500 applications for the tax incentives during fiscal 2019 and 2020, exceeding the combined total for the previous seven years, according to the commonwealth’s Department of Economic Development and Commerce. More than 1,000 applications were filed during the six months through March, an agency spokeswoman said.

The tax breaks are generally available to new residents and services businesses that generate revenue outside Puerto Rico. Applications are confidential until approved, and the government offices that vet the requests are grappling with a backlog of at least seven months that has been exacerbated by the pandemic and surging demand.

As of the end of March, ExodusPoint and Millennium were the only large money managers with affiliates in Puerto Rico, Securities and Exchange Commission records show. So far, Lee hasn’t received an exemption under the Individual Investors Act, and neither of the firms’ subsidiaries have been granted incentives under the Export Services Act, according to the government spokeswoman.

Representatives for ExodusPoint and Millennium declined to comment. Millennium is also planning to open two more offices next year in Florida, including its second location in Miami and another in West Palm Beach, a person familiar with the matter said.

In Dorado, about 20 miles (32 kilometers) west of the capital San Juan, real estate prices have soared. The area is considered family-friendly, has high-end housing and is one of the few places with the infrastructure finance professionals need to tap into their employers’ computer networks on the mainland.

“There has been exceptional interest, in part because Dorado has access to fiber broadband,” said Jared Dubin, who recently set up Troluce Capital Advisors there to manage money for ExodusPoint. “The Dorado real estate market has been pretty wild.”

In June, ExodusPoint incorporated its subsidiary in Dorado, where Lee, 52, now lives. He owns 50% of that entity, ExodusPoint Capital Management Puerto Rico, and shares ownership of the rest with Gelband through another affiliate, according to a regulatory filing.

Lee, whose Facebook page shows him seated at the controls of a private plane, has a commercial pilot rating and is certified to fly small jets, Federal Aviation Administration records show.

In September, ExodusPoint revised its SEC filings to say that Lee’s business trips on a plane he had recently purchased would be partially covered by the firm’s expense policy. It allows Lee and Gelband to seek reimbursement from ExodusPoint hedge funds for private flights, with repayment limited to the equivalent cost of first-class commercial airfare.

Millennium and ExodusPoint have a shared history -- Lee and Gelband were top executives at Englander’s firm before leaving to form ExodusPoint –- and a similar business model. Both allocate capital in their main hedge funds to independent teams of traders known as pods, some of which work in-house and others that organize themselves as separate money-management firms, such as Dubin did with Troluce.

Even before the pandemic, Millennium had set up dozens of remote offices, including outposts in Laguna Beach, California, and Sugar Land, Texas, for portfolio managers who didn’t want to live in New York. ExodusPoint adopted the practice as well.

More managers may soon be joining them in the Caribbean.

“If people are interested in drastic life changes in order to pay less tax, then I have one item on my list,” said Stewart Patton, a Belize-based attorney who helps U.S. expatriates optimize their tax situations. “Move to Puerto Rico.”

--With assistance from Katherine Burton and Alan Levin.