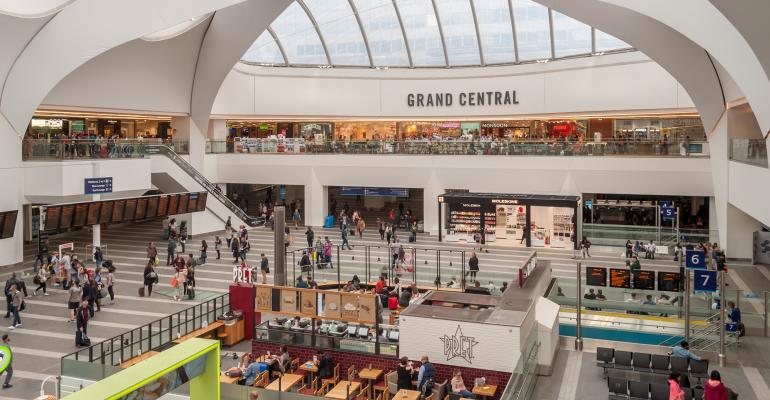 Hammerson in Talks to Sell U.K. Retail Parks to Brookfield

The company confirmed it was in discussions to sell seven properties to Brookfield for $479 million.

The company confirmed the discussions in response to a Sunday Times report that it had agreed to sell seven properties to Brookfield for 350 million pounds ($479 million). There was no certainty that a sale would take place or about its terms, Hammerson said in a statement Monday.

“The company continues to make asset disposals in liquid markets to further strengthen the balance sheet, with gross proceeds of 73 million pounds achieved to date in 2021,” the firm said in the statement.

Hammerson, which owns once-prized shopping centers across the U.K., France and Ireland, wrote down the value of its portfolio by almost 2 billion pounds last year as the retail market was hit hard by the economic fallout from the pandemic. The company, once a pillar of the U.K.’s real estate sector, said the plunge was triggered by the greatest fall in rental income it’s ever seen.

Hammerson’s shares were down 2.4% at 8:52 a.m. in London. Analyst Tom Musson at Liberum said a sale would give the firm much-needed capital, but more material disposals were needed to fix the balance sheet.

Retail parks, which typically consist of large stores centered around a car park, have been among the most resilient during the pandemic with their accessibility making them well suited to servicing click and collect orders. Hammerson previously agreed to sell the properties to private equity firm Orion Capital Managers LP which last year walked away from its deposit when the pandemic hit.

Hammerson Chief Executive Officer Rita-Rose Gagne, who joined the firm late last year, has signaled the company will make further disposals as it fights to strengthen its balance sheet. The firm is also exploring developing homes around some of its properties as it seeks to diversify away from pure retail real estate.