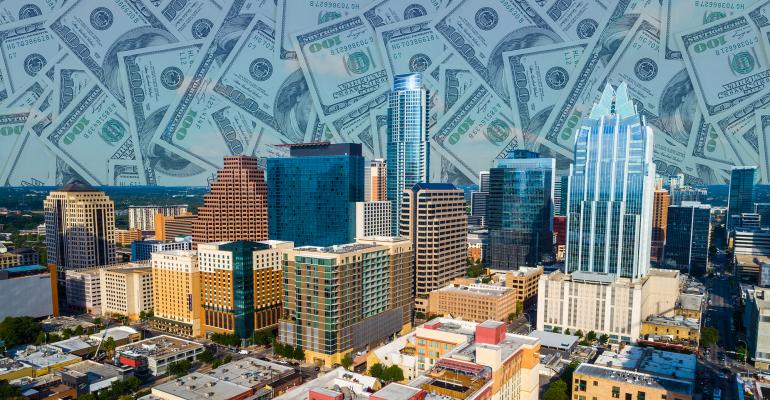 After several decades of focusing almost exclusively on gateway markets, cross-border investors looking for assets in the U.S. are now eager to expand their horizons—literally. They are searching for investment opportunities in markets they wouldn’t have touched as recently as five years ago.

“For a long time, the top-tier foreign investors were zeroed in on 24-hour cities,” says Jeffrey Kohn, co-CEO of Epic Investment Services, a Canadian investment manager with $17.5 billion in assets under management. “The criteria used to be that if a market didn’t have an NFL team, an NBA team and an MLB team, these investors weren’t interested. But that’s not the story today.”

Earlier this, year, the AFIRE International Investor Survey, which surveys nearly 200 organizations from 24 countries, found that more than six in 10 respondents expect to increase their investment in tertiary cities in the next three to five years. That number rises to eight in 10 for investment in secondary cities.

In 30 years of AFIRE surveys, no tertiary city has ever placed in the top three. But in 2021, Austin, Texas took the number one position, signaling a significant shift in strategy towards secondary and tertiary markets, according to the organization.

Back in 2014, roughly a quarter of cross-border investment in the U.S. flowed into non-gateway markets, according to real estate services firm JLL. That number has slowly increased until it reached an all-time high of 48 percent in 2020. So far this year, that number is close to 60 percent.

“The expansion into non-gateway markets has been one of the more interesting developments throughout COVID,” says Riaz Cassum, executive managing director of capital markets, Americas, for JLL. “It’s yet another trend that the pandemic accelerated.”

It’s important to note that cross-border investors aren’t abandoning gateway or primary markets. Experts feel confident that these investors will continue to maintain a presence in gateway markets because they’re still important investment markets in terms of size and asset quality.

Cross-border investment activity totaled $7.3 billion in the second quarter of 2021, up by 48 percent from a year earlier, according to real estate data firm Real Capital Analytics (RCA). The vast majority of cross-border investors that are active in the U.S. today have been making bets on U.S. real estate for five years or longer. They’ve invested significant sums in New York, Boston, Washington, D.C., Los Angeles, San Francisco and Seattle, and now that they’ve built a strong portfolio of quality properties in gateway markets, they’re looking for the next best market to place their money based on growth prospects.

People are moving to non-gateway markets such as Austin and Raleigh-Durham, N.C. hoping to benefit from the lower cost of living and higher quality of life. Companies are creating jobs in these markets too, attracted by the lower cost of doing business and the expanding talent pool.

Cross-border investors have witnessed domestic investors moving into markets such as Charlotte, N.C. and Tampa, Fla., and they don’t want to be left out, notes Russell Ingrum, vice chairman at CBRE. “Investors realize that if they don’t invest in [non-gateway] markets, they will miss this growth play,” he says.

During the second quarter, cross-border investment in Manhattan commercial properties plunged by 86 percent, while it increased by 21 percent in Atlanta, 65 percent in Phoenix and 137 percent in Orlando, Fla., according to RCA.

Epic, for example, started selling off its properties in Seattle a few years ago and exited the market earlier this year to take advantage of the investor demand and increased valuations, according to Kohn. At the same time, the firm began to expand its portfolio in Denver, Las Vegas and Phoenix.

Recently, Epic closed its U.S. Multifamily Fund I, which focuses on U.S. markets with populations larger than 2 million that “offer diversified industries and are home to major employers with business-friendly environments.” The fund, which is capitalized with $60 million in equity committments from investors including Township Capital, is targeting assets in key markets in Arizona, Texas, North Carolina, Colorado, Tennessee, Nevada, Georgia, Utah and Florida.

In late August, Epic’s U.S. Multifamily Fund I made its second acquisition, a 95-unit value-add apartment community in Denver. And now, the firm is evaluating a property in Nashville, Tenn., along with other Sunbelt markets, Kohn says.

The level of cross-border investor interest in non-gateway markets is surprising to many industry experts, primarily because it represents a big attitude shift.

Historically, cross-border investors focused on gateway markets because they felt comfortable with them. Even in far-flung reaches of the globe, cities like New York and Los Angeles have name recognition and cache. San Francisco, for example, sure seems a lot more exciting than Indianapolis—or at least, that’s the perception.

“Most of these investors come from big urban markets like Paris, Seoul and Tokyo, so they can relate more to New York and San Francisco than Austin and Nashville,” Cassum notes.

But now, as cross-border investors expand their horizons, many have made it a priority to learn all they can about non-gateway markets. And though pandemic-related travel restrictions have made it more difficult to investigate these new markets in person, foreign investors are voraciously consuming research to gain a better understanding of the new-to-them markets.

Cassum points to a recent conversation with a quasi-sovereign wealth fund as proof of cross-border investors’ efforts to educate themselves on non-gateway markets. The investor, boasting deep pockets and a long track record of investing in U.S. real estate, had yet to venture beyond gateway markets. Earlier this year, however, the investor wanted to discuss opportunities in non-gateway markets in the Sunbelt.

“This is a person who is not a native English speaker—someone who certainly doesn’t speak colloquial English—yet he had researched these markets enough to refer to them as ‘the smile markets’,” Cassum recalls. “I see this as an indication that we are likely to see more of a barbell strategy going forward, where cross-border investors will be in both gateway and non-gateway markets.”