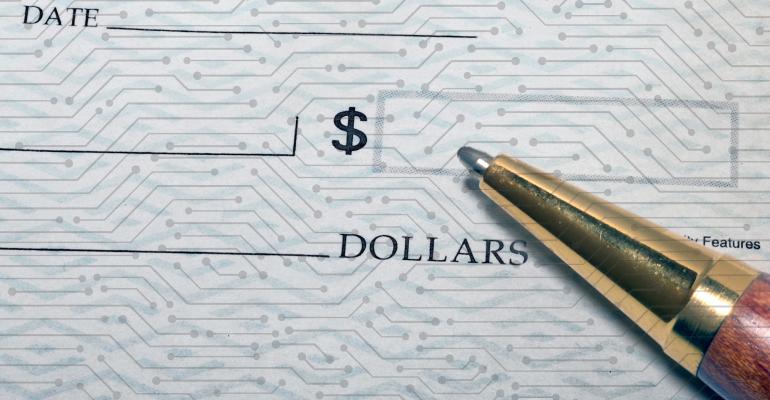 But family offices—the discrete, sometimes secretive firms that manage the affairs of the ultra-rich—have been one of the biggest driving forces.

(Bloomberg)—The Pritzkers built an empire spanning hotels to manufacturing before agreeing two decades ago to split up their fortune among 11 descendants.

Karen Pritzker, one of the heirs, has parlayed that wealth into venture capital, backing firms such as Snap Inc. and Spotify Technology. Now she’s joined the wave of investors turning to blank-check firms.

The Pritzker Vlock Family Office is the anchor investor for Thimble Point Acquisition Corp., a special purpose acquisition company that raised almost $300 million in an initial public offering in February. Executives from the family office, named after Pritzker and her late husband Michael Vlock, are leading the venture, which will focus on software and technology.

“It allows us to be able to take companies public and kind of complete the full life cycle,” said Elon Boms, 40, Thimble Point’s chief executive officer and managing director of the family office, which committed $50 million to the SPAC ahead of its IPO.

The SPAC boom has attracted financiers, former politicians, athletes and celebrities willing to use their fame to attract retail and institutional investment. About 600 blank-check companies have raised more than $182 billion since the beginning of 2020, according to data compiled by Bloomberg.

But family offices — the discrete, sometimes secretive firms that manage the affairs of the ultra-rich — have been one of the biggest driving forces.

While large family offices have long been investors in private equity and real estate, the recent flurry of SPAC bets show how they’re becoming a growing force in public markets. This comes at a time when some critics are pushing for more regulation of the investment firms following the implosion of Bill Hwang’s Archegos Capital Management, which has inflicted billions of dollars of losses from banks.

Family offices are largely exempt from registering with the U.S. Securities and Exchange Commission, but SPACs have to file with the regulator, providing insight into how billionaires are managing their money.

Family offices and firms linked to them have launched — or sponsored — at least a dozen SPACs that have raised about $4.5 billion in the past year with a further $1 billion in pending offerings, according to data compiled by Bloomberg.

Former hedge-fund manager Dan Och has been particularly active through his Willoughby Capital. The New York-based firm has invested in a blank-check company targeting China’s consumer industry and also holds a stake in Thimble Point, according to a person familiar with the deal. A SPAC he’s sponsored, Ajax I, is merging with U.K.-based used-car platform Cazoo in a deal valued at about $7 billion.

Barry Sternlicht’s family office is affiliated with the creation of six SPACs. Meanwhile, a blank-check firm set up by a co-founder of Michael Dell’s family office raised almost $600 million in its IPO last month, while Tom Barrack’s Falcon Peak is sponsoring Falcon Acquisition, a blank-check company that’s filed for a $250 million public offering.

Most SPACs have been created in the U.S., but the trend has gone global. Black Spade Capital, the Hong Kong-based family office of casino mogul Lawrence Ho, has got in on the action. London-based billionaire Mohamed Mansour’s Man Capital invested in Grab Holdings Inc., Southeast Asia’s most valuable startup, before it announced a $40 billion tie-up on Tuesday.

Rich families are even joining forces. NNS Group the family office of Egypt’s Nassef Sawiris, teamed with an investment firm for the Frere and Desmarais clans to launch Avanti Acquisition Corp., which is targeting European businesses after raising $600 million through its U.S. offering.

“Sophisticated family offices have been very active,” said Luigi Pigorini, head of Europe, Middle East and Africa at Citi Global Wealth. “They have incredible connections, knowledge and investment capabilities — all of these are important characteristics.”

The SPAC mania is showing signs of wear and tear with clogged deal pipelines, heightened regulatory scrutiny and concerns over the quality of the deals that have been done.

Real estate titan Sternlicht joked that a member of his domestic staff — his “very talented house manager” — probably could pull off a SPAC. He told CNBC last month that “if you can walk, you can do a SPAC,” and pointed out that many of the people behind blank-check firms are failed money managers or executives.

“Three days due diligence means you check the letterhead and find out if the company exists,” Sternlicht told CNBC. “It’s a little out of control. No, it’s a lot out of control.”

Even if SPACs flounder, it won’t necessarily hurt the family offices that have already launched blank-check companies.

SPAC sponsors typically buy shares in firms they create at a fraction of the standard $10 price offered to IPO investors. They usually own about 20% of the blank-check firm’s equity after it goes public and can bolster their returns further through debt or equity financing and stock options.

The family office of payments-processing entrepreneur Ed Freedman, for example, is linked to the sponsor of Stable Road Acquisition Corp., which agreed in October to merge with space-transportation company Momentus. The blank-check firm, which has until next month to complete the deal, is seeking shareholder approval to extend the deadline.

If they fully vest, a group of shares the sponsor acquired for about $5 million will be worth more than nine times that amount — an 800% gain — even if the company’s stock price remains at $10, according to data compiled by Bloomberg. Freedman’s family office has also loaned the SPAC $300,000 and agreed to invest an additional $3 million at a price of $10 per share, filings show. Stable Road closed Thursday at $10.56 a share.

SPACs typically have as long as two years to find a company to acquire. If they fail to do so, they have to return cash plus interest to investors, while the sponsor forfeits their original investment.

Thimble Point’s Boms said he began considering a SPAC about a year ago after trying to take companies public through reverse mergers. He said he’s had more than 100 meetings with prospective acquisitions since the company’s IPO. Of the roughly 600 SPACs that have listed since the start of last year, less than a third have announced deals and about 30 have completed them, according data compiled by Bloomberg.

“We have a very, very solid hit list,” Boms said. “We are talking to people right now.”

--With assistance from Tom Maloney and Michael Hytha.