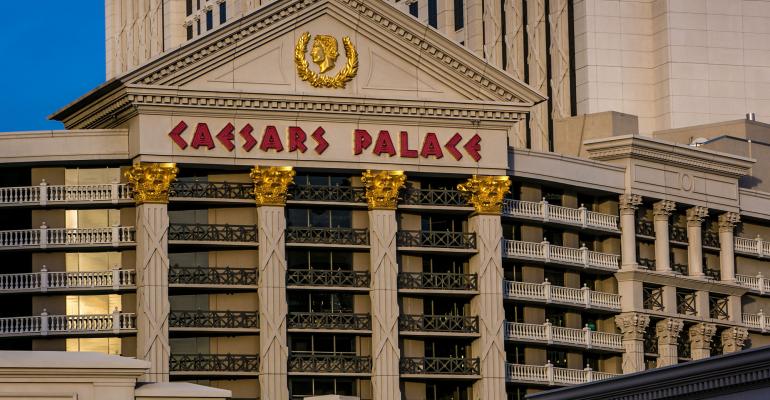 The deal is backed by activist billionaire Carl Icahn.

(Bloomberg)—Eldorado Resorts Inc. is buying Caesars Entertainment Corp. for about $8.58 billion in a deal backed by activist billionaire Carl Icahn that will create the largest U.S. gaming operator.

The agreed equity value of $12.75 a share -- in a mix of cash and Eldorado stock -- represents a premium of about 28% to Caesars’s Friday closing price. Including debt, the deal is worth approximately $17.3 billion, the companies said in a statement.

Casino and hotel operator Caesars had been pushed to consider a sale by Icahn, its biggest shareholder according to data compiled by Bloomberg. Earlier discussions had focused on a deal that would have valued Caesars at $11 a share, a person familiar with those talks had said.

Caesars, whose properties include the flagship Caesars Palace and the Harrah’s chain, is still coping with the fallout of a 2008 leveraged buyout led by Apollo Global Management LLC and TPG that left it with a mountain of debt. The company completed a bankruptcy of its largest unit two years ago that brought in new board members and shareholders, including distressed-debt investors. Apollo and TPG have sold their shares.

Eldorado and Caesars said they have identified benefits of $500 million by creating a company with 60 owned, operated and managed casino–resorts across 16 states, and expect the deal to boost cash flow immediately. A parallel agreement will see VICI Properties Inc. acquire some of the companies’ real estate, generating $3.2 billion of proceeds to help pay down debt.

Eldorado’s management team will lead the new company, which will continue to operate under the Caesars name and to trade on the Nasdaq Global Select Market.

“We intend to allocate the significant free cash flow from the combined company to reduce leverage while investing to improve the customer experience across the platform,” said Eldorado’s Chief Executive Officer Tom Reeg.

Before Monday, Eldorado shares had risen 17% in the past year, compared with a 12% decline in Caesars’s stock. The S&P Supercomposite Casinos & Gaming Index, which tracks the performance of nine stocks including the two companies, slumped about 20%.

“While I criticized the Caesars Board when I took a major position several months ago, I would now like to do something that I rarely do, which is to praise a board of directors for acting responsibly and decisively in negotiating and approving this transformational transaction,” Icahn said in a statement.

Eldorado, which had a market value of about $4 billion as of Friday, wasn’t Caesars’s only suitor. Golden Nugget owner Tilman Fertitta proposed merging his restaurant and casino empire with Caesars last year, but was rejected by Caesars.

Eldorado, which dates back to a single casino opened in Reno, Nevada, in 1973, has grown exponentially in recent years under the direction of Tom Reeg, who is now chief executive officer. The company in recent years acquired MTR Gaming Group Inc. and Isle of Capri Casinos, and last year added Tropicana Entertainment Inc., which was controlled by Icahn.

The business, which still counts the founding Carano family as its largest shareholder, now has 26 casinos in 12 states.

--With assistance from Hailey Waller.