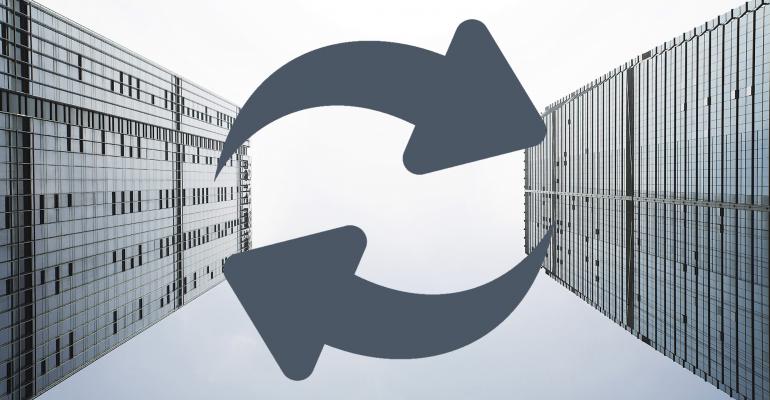 The 1031 tax code has been challenged by politicians many times over its 100-year history. That’s why CRE insiders believe it will survive again.

Despite raising it as a possibility on the campaign trail, modifying or repealing the treatment of the tax benefits of like-kind exchanges has not been part of President Biden’s proposed tax reforms to pay for social services. That doesn’t mean that commercial real estate associations are standing pat, however. They have been actively advocating to preserve Section 1031 of the U.S. Internal Revenue Code, which defers capital gains taxes on property sales if the gains are reinvested in “like-kind” properties of equal or greater value.

Attention on the issue was first raised back in July when Biden outlined his proposed $775 billion “Caring Economy” Plan, which would provide funding for child and elderly care. The released 10-page proposal included eliminating the tax benefit for investors with incomes over $400,000 to help pay for the plan. More recently, with a potential $2 trillion infrastructure bill on the agenda, industry insiders are keeping a watch on like-kind exchanges as a potential funding mechanism for the bill.

For now, commercial real estate groups are signaling that their concerns are muted. As Suzanne Goldstein-Baker, who serves as co-chair of the Federation of Exchange Accommodators (FEA) Government Affairs Committee and is executive vice president/general counsel for Investment Property Exchange Services Inc., stresses, “There is no pending legislation to eliminate Section 1031 of the tax code or anything currently that poses a tangible threat.”

Changes to Section 1031 have not so far been mentioned as part of any specific tax reforms proposals by the administration. Moreover, it does not appear that tax reform is at the top of the Biden Administration’s priorities right now, says Alex Madden, vice president at Kay Properties & Investments, which provides online listings and access to 1031 eligible properties.

“Of course, there always is an intangible threat that it could get offered up as ‘pay for,’” Goldstein-Baker says.

For their part, industry groups are trying to stay ahead of the game. In fact, just two weeks ago, more than 30 industry organizations, including the Real Estate Roundtable, NAIOP, the Mortgage Bankers Association, the American Hotel & Lodging Association, Nareit and the National Apartment Association, among others, sent a letter to Secretary of the Treasury Janet L. Yellen outlining the benefits of the 1031 exchange transactions to the U.S. economy, including its potential to help the U.S. recover from the impact of the COVID-19 pandemic.

“Gains reinvested in new property through an exchange create a ladder of economic opportunity for small and minority-owned businesses and entrepreneurs, and generate much needed tax revenue for states and localities,” the letter states. “Also, like-kind exchanges increase the supply of affordable rental housing by filling gaps in housing supply not covered by other incentives.”

Whenever the like-kind exchange comes under scrutiny, which has happened multiple times over its 100-year history, its proponents are ever vigilant in educating members of Congress about the tax incentive’s benefits and importance to real markets and the economy, Goldstein-Baker notes. She says studies have shown that the 1031 exchange is a powerful economic stimulator that creates jobs and increases capital investment in property improvements.

Despite these efforts, everyone in the industry involved in 1031 transactions is keeping a watchful eye out for possible reforms to this tax code since an income limit for eligibility was mentioned during the campaign, notes Madden.

Madden supports the notion that while many real estate investors benefit from the tax break, the ripple effect of 1031 exchange transactions, which represent 25 to 33 percent of all commercial and multifamily sales, can have a significant impact on local economies, as they involve a variety of ancillary services to process the transaction and renovate the property.

Studies support these contentions, which might serve to discourage changes to the 1031 incentives.

A study entitled, “The Economic Impact of Repealing or Limiting Section 1031 LikeKind Exchanges in Real Estate,” published in 2015 by David C. Ling, professor of real estate at the University of Florida and Milena Petrova, associate professor of finance at Syracuse University, looked at the impact of like-kind exchanges on both the real estate market and tax revenue.

Their analysis, which included review of more than 1.6 million commercial real estate transactions that took place between 1997 and 2014, found the widespread use of Section 1031 improved liquidity and increased investment in the real estate market and building improvements. It also increased overall taxes paid to the Treasury—supporting the real estate industry’s thesis that the cost of Section 1031 is largely overstated and its benefits overlooked.

The study found that 88 percent of replacement properties are eventually disposed of in a taxable sale that generates approximately 19 percent more in taxable gains than non-exchange properties sold in conventional sales.

A 2015 Ernst & Young study, Economic Impact of Repealing Like-Kind Exchange Rules,” presented similar findings, but it also looked at the potential impact of a repeal on the U.S. economy. Ernst & Young’s findings suggested that elimination of this tax incentive would shrink the U.S. economy by up to $13.1 billion annually and reduce annual GDP by $8.1 billion, as a result of less investment, which was estimated to fall by $7.0 billion, and lower labor incomes, which would be reduced by about $1.4 billion.

Given these factors, many commercial real estate executives remain hopeful that the Biden Administration will avoid making changes to 1031 exchanges and will look for other funding sources to pay for expanded services and infrastructure improvements.