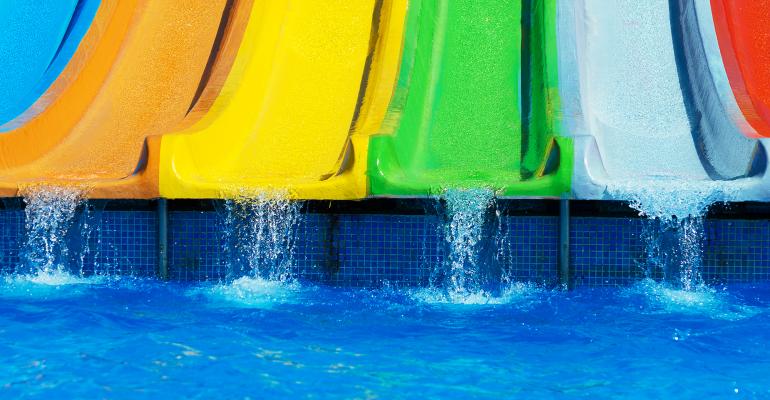 The decision to replace the previous underwriter was made after the firm was unable to sell the unrated bonds for the indoor water park.

(Bloomberg)—Citigroup Inc. is poised to take over as the underwriter of a $95 million municipal-bond sale that will finance the construction of an indoor water park in Atlantic City, New Jersey, replacing previous underwriter Janney Montgomery Scott.

The Atlantic County Improvement Authority, the agency that is issuing the debt on behalf of a private developer, is scheduled to meet in a special session on Thursday to vote on Citigroup’s appointment, according to Jessica Parada, administrative assistant at the authority.

The decision to replace Janney was made after the Philadelphia-based underwriter was unable to sell the unrated bonds despite surging investor demand for high-yield debt.

It’s rare for borrowers in the municipal-bond market to change underwriters just as a deal is set to price. At the time, developer Bart Blatstein’s counsel, Jeffrey Winitsky, a lawyer at Parker McCay, said that a new underwriter would “give the transaction a fresh perspective and marketing effort.”

Citigroup spokesperson Scott Helfman declined to comment. Blatstein said Janney is still going to be part of the transaction. A spokesperson for Janney didn’t immediately return requests for comment.

The park will include a looping “lazy river,” multiple water slides, three pools and five bars, including a swim-up bar and a two-level treehouse bar. A feasibility study projected attendance at 626,523 in its first year of operation and 773,523 in year five. Admission would range from $99.99 for adults to $69.99 for children, with off-peak rates and hotel package discounts. The park was expected to be ready by May 31, 2022.