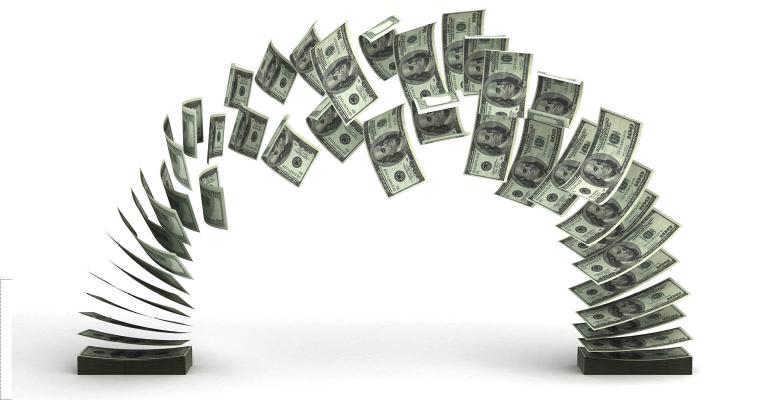 The transaction would transfer the management of $2.5 billion in equity to Colony Credit Real Estate Inc.

Colony Capital also wants to end a management agreement with the REIT in a process known as internalization, Colony Credit said Thursday, confirming an earlier report by Bloomberg News.

Colony, the REIT’s largest shareholder, is seeking to move the management of its private credit funds and other related vehicles to the Colony Credit Real Estate business, which will be renamed. The move would roughly double Colony Credit’s equity under management to at least $5.5 billion, based on filings as of June 30.

Over the years, some externally managed REITs have gone through the process of internalization, which removes potential conflicts of interest and is typically well received by investors. In a letter to Colony Credit’s independent directors, Barrack states that the transaction would make the REIT “attractive to a larger investor base, with a reduced cost of capital and strong growth prospects.”

Colony Credit currently pays Colony a management fee as part of its arrangement. The payments totaled $22.7 million for the six months ended June 30, according to a filing.

Colony has a 36.4% stake in Colony Credit. It’s proposing that Colony Credit manage certain existing credit investments that will remain owned by Colony, the letter says.

“Colony Capital believes the internalization would be a beneficial and value-enhancing step for the company and all of its shareholders,” Barrack wrote in the letter, adding that a deal would be accretive to the REIT’s earnings in the first year after it closes.

As long as Colony has a meaningful equity stake in the REIT, it expects to retain some board representation, Barrack added. A decision against the pursuit of a transaction will “not adversely affect” Colony’s relationship with Colony Credit Real Estate, the letter states.

There’s no assurance the companies will reach an agreement with respect to an internalization, Colony Credit said in a statement.

The REIT, which posted a quarterly loss driven by roughly $385 million in write-downs, said it would divest a non-strategic portfolio. Proceeds will be reinvested into assets that are deemed core, it said.

Colony Credit also said it would cut its dividend to 10 cents for November and December, a substantial decline from the 14.5 cents it has paid since early 2018.

Colony Credit was among the Colony assets that Oaktree Capital Group held preliminary talks to acquire late in 2018, Bloomberg reported earlier this year.

Colony said in February it would conduct a strategic review and has been shedding non-core assets. In September, it agreed to sell its warehouse portfolio for $5.9 billion and also closed on the sale of an affiliate, Northstar Realty Europe, to a unit of AXA SA.

Colony has signaled an intention to focus on digital real estate and infrastructure by acquiring Digital Bridge Holdings and selecting its co-founder Marc Ganzi as Barrack’s successor.

To contact the reporter on this story: Gillian Tan in New York at [email protected]