/sites/all/themes/penton_subtheme_wealthmanagement/images/logos/footer.png
Recent
Recent
Eight Must Reads for the CRE Industry Today (May 17, 2022)
May 16, 2022
Investors, End-Users Compete for Last-Mile Warehouses as Rents Skyrocket
May 16, 2022
Dyal Said to Be in Talks for Stake in Real Estate Firm DivcoWest
May 16, 2022
'Dark Money' and Tax-Exempt Organizations
May 16, 2022
Featured
The 10 Best and 10 Worst States in Which to Retire in 2021
Jul 15, 2021
Poll: 15 Classic Books on Investing and the Markets
Apr 03, 2020
Fifteen Must-Listen Business Podcasts for Advisors
Aug 14, 2020
Celebrity Estates: Jay Leno and Planning for Classic Car Collections
Feb 22, 2022
Mid-Year Outlook 2017
brought to you by 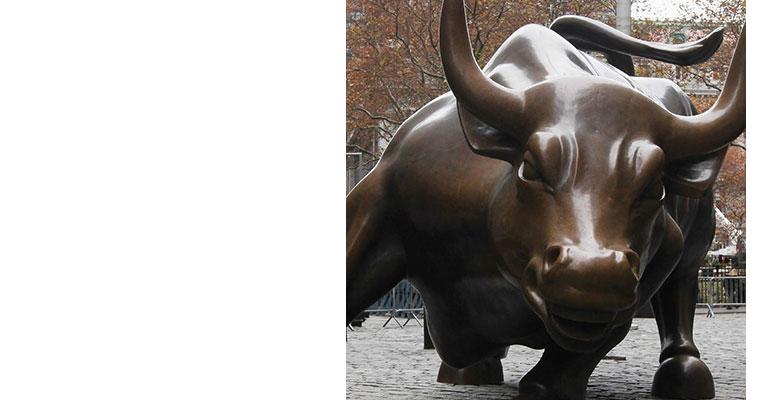 Looking ahead, the bull market may continue but it is important to prepare no matter what comes next.

The Dow blew past the 20000 mark in late January 2017 then exceeded 21000 just a month later—numbers that offer psychological and emotional gratification, but more importantly indicate a market charging forward behind investor confidence and President Donald Trump’s pro-growth economic blueprint.

This is a far different story from eight years ago, when The Wall Street Journal asked, “How low can stocks go?” If investors could stomach the panic, however, the Great Recession’s bottom turned out to be the perfect time to buy. Fortune reports that at the eight-year mark, the S&P was up 249 percent from its March 2009 floor.

Looking ahead, the bull market may continue. Economic fundamentals do not forecast a recession in the short term. Company earnings are improving, and the Trump White House continues to signal a pro-business economic agenda. The positive jobs outlook also bodes well for the market. In April, the unemployment rate dropped to 4.5 percent as hourly wages rose to $26.19.

Despite a positive short-term outlook, however, bull markets typically hit headwinds when stock valuations exceed historical norms. According to CNN, the historical average price-earnings ratio is 15, but the S&P is currently trading at 17.9 times projected earnings, its highest number since 2004.

Premium valuations can be a sign of overconfidence, a combination that can trigger a recession. Schwab notes that seven of the last eight bull markets were upended by a recession, when investors noticed signs of economic contraction and pulled back.

Historical data shows that bear markets typically last 21 months with a 39.9 percent average decline. When the dot-com bubble burst in early 2000, the S&P lost 49 percent during the 30-month downturn. And when the sub-prime mortgage crises spilled into the credit market in late 2007, leading to the 17-month Great Recession, the S&P fell 56 percent.

Investors in search of portfolio diversification should consider non-correlated assets to potentially help manage risk and return. Investors could turn to the relative safety of bonds during a bear market. However, those seeking true diversification could also utilize alternatives like real estate and credit, which are both uncorrelated to fixed-coupon securities.

President Trump’s economic agenda and improved underlying fundamentals continue to keep forecasters upbeat that this bull might celebrate another birthday next March, but it is important to prepare no matter what comes next.