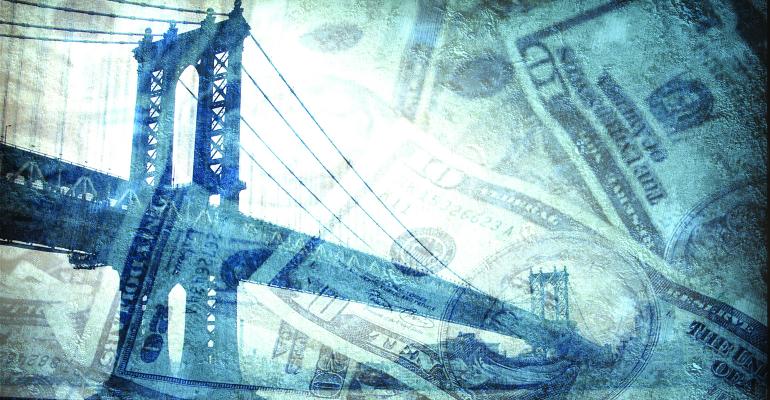 Do the new regulations out of the Empire State herald the future for sellers of annuities and life insurance?

New York is in the midst of implementing a "best interest" standard for agents licensed to sell annuities or life insurance products—the first state in the country to do so. Regulation 187 will affect how those agents handle conflicts of interest and how they’ll need to consider the client’s interests ahead of their own when recommending insurance. The rules on annuities sales began on Aug. 1, with regulations on life insurance transactions to follow in February 2020.

The move is meant to boost protections for those buying insurance and annuities; various permutations of these policies have evolved. Many pay generous commissions to the brokers that sell them and often come with less than transparent fees, dubious costly riders and complex restrictions that, critics contend, make them a toxic investment for often naïve, and frequently elderly, buyers. Abuses in the channel have made them regular prosecution targets for state attorneys general and securities lawyers. The Financial Industry Regulatory Authority has some oversight of brokers selling forms of variable annuities, but the self-regulatory organization usually focuses on offenders of the current suitability standard.

New York’s new rule is meant to raise the bar for annuity and insurance sales. But will other states follow?

There does seem to be a growing appetite among state regulators to remedy what many perceive as a failure of federal oversight in protecting investors. In the months after the Securities and Exchange Commission proposed its Regulation Best Interest, several states proposed their own fiduciary standards, arguing Reg BI fails to adequately protect investors from conflicted financial advice. Seven states have sued the SEC to stop the rule. As there are no federal standards for annuities and life insurance sales, raising the bar for annuities sales falls to the states.

Michelle Richter, a managing director at actuarial firm Milliman, put the odds of other states following New York at 50-50. “I think it’s very plausible as states see what happens in New York,” she said. “But I’d say that New York, because of its conservatism, is not always a bellwether, and it’s not clear that other states will do what it did.”

Before Regulation 187, New York agents selling annuities or life insurance products were subject to a suitability rule, but the new regulation states that “only the interests of the consumer shall be considered in making the recommendation.”

New York has a particularly pro-consumer regulatory reputation, according to Richard Roth, founder and partner at The Roth Law Firm. He says annuities and life insurance transactions were targeted in the state because the typical customers interested in those products are often “vulnerable buyers.”

“A 30-year-old married guy with a kid making $100,000 or $200,000 a year will be more aggressive than an 80-year-old who has no income and is relying on Social Security and investments,” Roth said. “We want that 23-year-old guy selling annuities to realize that when he’s speaking to an 80-year-old woman buying annuities, it has to be a serious analysis.”

But New York’s approach likely won’t be duplicated across the country, says David Lau, the founder of DPL Financial.

“They’re trying to provide some consumer protection by requiring people to make reasonable efforts to provide consumers with products in the best interest of the consumer rather than the broker, and it’s a worthy pursuit,” he said. “But we don’t want it to be too far-reaching, where the burdens outweigh the benefits.”

NAIC Takes Its Own Approach

Some state regulators are approaching the issue with a much more tepid solution. The National Association of Insurance Commissioners (NAIC), a working group of state overseers, is finalizing revisions on its own best interest standard for those who sell annuities. The group hopes to present its revisions at the NAIC’s fall meeting in December, and recently released a draft for public comment.

Iowa Insurance Division Commissioner Doug Ommen, who is the working group’s vice chair, said they tried to determine whether the NAIC’s standard should include obligations for disclosure, care, conflicts of interest and documentation (and what form that would take). Many on the working group have argued the NAIC standard should align with the efforts of the SEC to avoid confusion—meaning an emphasis on disclosure more than active mitigation of conflicts.

“The SEC has made progress in showing issues with care, as opposed to managing conflicts and the role of compensation, along with making sure there’s some information and disclosure,” he said. “We believe this working draft does align in that way.”

The working draft mandates that a producer suggesting an annuity should act in the best interest of the consumer. The producer also must take care to know the consumer’s financial situation and must disclose a description of their relationship, what products they can and cannot sell, and a description of the compensation they’d receive from a sale. Ommen said the hope was that states would adopt the model to avoid a “patchwork of standards.”

However, some were disappointed with the draft, including Birny Birnbaum, the executive director of the Center for Economic Justice and a participant in the working group’s calls and meetings. He argued that the draft offered protections for insurers and producers (as opposed to consumers) and that it failed to address long-standing issues with sales of life insurance and annuities.

“Those sales are driven by a compensation structure motivating people to sell the product; it’s not tied to a long-term relationship with the customer. And yet with this model, it declares that cash compensation is not considered a material conflict of interest,” he said. “You can still have the same types of compensation structures that led to all the problems in the past.”

Birnbaum also criticized the draft’s disclosure obligations, arguing they would effectively produce liability shields for insurers and producers, rather than consumer protections. In contrast, Birnbaum praised New York’s regulation, arguing it was a more consumer-friendly standard.

“New York did the logical thing, which is to extend the requirements for best interest to life insurance, in addition to annuities,” he said. “It creates a true best interest standard, and the insurer must make recommendations in the consumer’s interest with no thought of producer compensation.”

After Regulation 187’s implementation, some insurance providers briefly discontinued fee-based annuities sales in New York state but reversed the decision after the state offered clarification that advisors who were required to show price comparisons between fee- and commission-based versions of a product won’t be held to that requirement if they were only licensed to sell one version or the other.

Richter noted that many companies might hesitate to change how they operate, considering that many invested significantly in changing to fit the Department of Labor’s fiduciary rule, which was later overturned in federal court. Now, companies may avoid adhering to regulations that might not withstand judicial scrutiny. Regulation 187 already survived one legal challenge, prevailing in New York State Supreme Court. But future legal action remains a possibility.

“Ten years ago, there was more predictability in the legislative landscape,” she said. “People prepared in advance of the law.”

At the moment, regulatory uniformity across the country seems unlikely. Richter cautioned that while more robust regulations would not necessarily help people save for retirement, the current framework doesn’t either. And with the kinds of egregious conflicted insurance sales that New York is looking to deter, the current framework may, in fact, be a detriment.