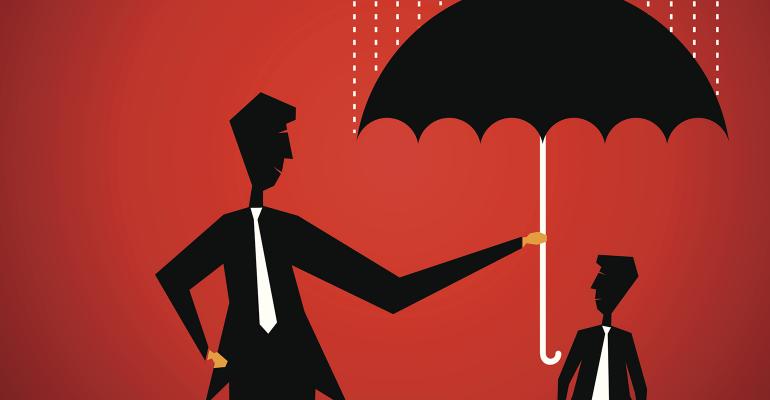 At the outset of a life insurance transaction, much attention is usually given to shopping the market and attaining the best underwriting result. After all, a more competitive premium is generally associated with a better return. Why then is this aspect of the transaction generally ignored after the policy is enforced? The premiums are systematically forwarded to the carrier and little attention is paid beyond that—too often with disastrous results.

It’s still a shock to many policy owners and their advisors that dutifully remitting checks per invoice doesn’t necessarily go hand-in-hand with getting a death benefit. Premiums consumers believe that supporting death benefits don’t always work that way—even when paid every year on time. However, blindly forwarding premiums actually does work for some types of life insurance contracts in the sense that the death benefit will ultimately be paid. But, there’s a difference between a decent transaction and a great one. Following are a few examples of what I mean.

Example 1: About a year ago, I was chatting with the son of a client and asked him how his mother was doing. Unfortunately, she wasn’t doing well at all, and he didn't expect her to be around much longer. Her life insurance policy was a “full pay” contract, which meant the premium schedule was such that the premium needed to be paid every year for the policy to be guaranteed indefinitely. On hearing the news, I ordered an in-force ledger assuming no additional premiums. What came back was a projection of the policy being guaranteed another decade without dropping a cent into it.

Let's think about this. He was doubtful that his mother would survive another year, but he was also dutifully paying premiums as he reasonably assumed he should. In fact, knowing that his mother’s death was unfortunately imminent, he was specifically careful to make sure the premium was paid as though this was a term insurance policy. Had he understood that the contract would be fine for many years with no premiums and that paying the additional premiums or ceasing premiums wouldn’t enhance the death benefit by a dollar, would he have paid them?

Example 2: A few years ago I received a call from a trustee regarding a policy in which the premium was due, but because of liquidity issues, it would likely be a few weeks late. Since I’ve beat into him that guaranteed universal life (GUL) contracts can be very sensitive to premium timing, he was justly concerned with jeopardizing the policy guarantees. I ordered a few in-force ledgers to judge the sensitivity of this particular contract. It turned out that the entire annual premium could be skipped and the lifetime guarantee would remain in effect. Why on earth would anyone pay a premium, all things being equal, if you’d neither gain anything by paying it nor lose anything by not paying it. Of course, not all contracts work this way, but this one did, and they’re better off for it.

Example 3: Last week, an attorney called me because his client was asking him about the more than $50,000 annual premium she was paying for the $3 million policy on her life. The client is 85 years old, and the attorney informed me she’s quite unhealthy and not expected to live many more years. In-force ledgers from the carrier showed me that $53,000 is indeed required to guarantee the policy for life. The client would need to pay $51,000 to guarantee it through age 110, but that’s not much of a savings; $44,000 would guarantee it though age 105; and $24,000 would do so through age 100. Finally, no more premiums at all guarantees it for a dozen more years, through age 97.

It’s not my decision to say whether or not she should pay premiums. It’s my job to bring to the table information such as this for the client, family and advisors to consider relative to managing the life insurance policy. Maybe they won’t be willing to take the risk that mom will be gone by 97. They understand the situation much better than I do. We’ve since ordered ledgers showing no premiums for the next five years (saving over $250,000 for now), then calculating for required premiums starting in year six to hold the policy to ages 100, 105 and 110. This gives us the chance to evaluate the bogey six years down the road to see what the back stop costs would be if it turns out mom is still alive and doing better than she is now—and they want those guarantees back. In this situation, there are very few angles where it would make sense to pay the premiums for now.

In the policy I own on my own parents, I pay only 50 percent of the required premium to guarantee it for life. That number holds the contract to actuarial life expectancy, but I’m also intimately familiar with the numbers required to keep it going, if need be, and when I would have to do so. Not everyone is capable and/or willing to manage a transaction this way, but if it’s possible, why not talk about it?

The savings could amount to hundreds of thousands of dollars that would tack hundreds of basis points to the ultimate return on some of these transactions. I’m not suggesting everyone start playing Russian roulette with their life insurance, but blindly paying premiums into policies that are sustainable well beyond life expectancy, and with no additional contributions, is going to be a smart play for some.

Finally, why do I title this piece “Managing Like a Pro”? Few manage life insurance more efficiently than the life settlement market. Once a funder purchases a policy, there’s no sense in putting more money into it than is necessary to obtain the death benefit. Of course, they may have a fund with large amounts of capital to throw at a policy if the insured on a given contract exceeds life expectancy, and they have the benefit of dealing with the law of large numbers. Furthermore, they’ve ordered life expectancy calculations based on medical records and they may perform extensive policy modeling and stress testing, but that doesn’t mean the typical consumer can’t emulate some aspects of astute management. By the way, modeling, testing, and life expectancy calculations based on medical records are available to anyone if desired.

This is one reason life insurance companies hate the settlement market with a passion. The idea of someone managing a life insurance policy more effectively and efficiently than expected eats into their bottom line. I harken back to the adage “Those who don’t understand how the system works subsidize those who do.” Which side do you want to be on?