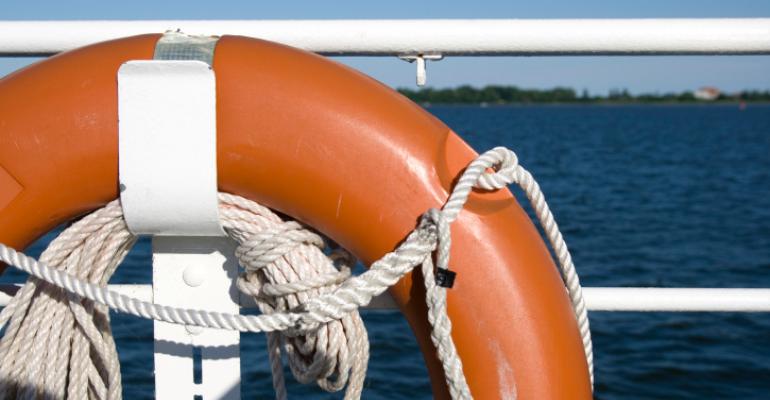 Coming soon to a carrier near you

For over a decade, insureds with significant estates and their advisors have made secondary guarantee universal life (SGUL) life insurance policies, or so-called "no lapse" guarantee policies, a favorite product choice.  These policies are affordable, simple to understand and provide premium guarantees, perhaps for life. SGUL policies provide permanent coverage, but, in many ways, mimic long duration term policies.  A key component of a SGUL policy is that if premiums are paid on time, the life insurance company can’t subsequently change the premium schedule during the insured’s lifetime.

Ever since being introduced, SGUL policies have been under the microscope of state regulators responsible for ensuring that carriers have adequate statutory reserves to back up such long-term promises.  In monitoring the carriers, the National Association of Insurance Commissioners (NAIC, which consists of all the state insurance regulators) became aware that some carriers were using different, more liberal interpretations of the so-called Actuarial Guidance (AG) 38 reserving rules on SGUL policies.

Carriers and regulators have been at odds about the mechanics and intent of AG 38.

In reserving for SGUL products, some carriers use multiple “shadow accounts.” In developing complex shadow accounts for SGUL policies, the carrier’s objective was to lower their statutory reserves, because the product was funded like a long-term term policy.

In calculating the required reserves for SGUL policies, some carriers have been using the highest potential insurance charges (that is, COI),which are charged to policies with shadow accounts that have balances equal to zero.  This leads to significantly lower reserves than if carriers had used more conservative charges, even though the probability of these higher COI charges ever being applied is relatively low.  (Most SGUL policies have a shadow account balances greater than zero).

The latest revisions to AG 38 by the NAIC would effectively preclude carriers from using multiple shadow accounts that lower the formula for minimum statutory reserves on SGUL products.  Through multiple shadow accounts, carriers were able to lower the amount of reserves they were required to hold on SGUL products, regardless of how those products were actually funded.

In-force business (July 1, 2005 through Dec. 31, 2012).  The AG 38 revisions for in-force SGUL policies will require carriers to perform a reserve calculation based on the more conservative COI assumptions, to confirm for regulators that existing carrier reserves are expected to be sufficient to offset future liabilities to policyholders.  If not, additional reserves will be required for these in-force SGUL policies.

Moreover, most of the additional reserves would be considered “deficiency reserves,” which typically aren’t deductible.  This means the affected insurers would receive no tax benefit for the new capital they must now set aside to satisfy the mandated higher reserve requirements.

New business (Jan. 1, 2013 and later). The revised reserve requirements for all SGUL policies issued on and after Jan. 1, 2013 will also result in moderate to large premium increases for every carrier issuing new SGUL products.  Term contracts and traditional universal life products without meaningful secondary death benefit guarantees shouldn’t be affected.

* Check the insurer's Form 10K and 10Qs. Did the carrier raise the reserving issue in their filings with the Securities and Exchange Commission?

*Find out if the insurer provided a comment letter to the NAIC.  If so, this could indicate that the carrier is concerned about SGUL reserving.

*Ask what portion of the carrier's overall universal life business is attributable to SGUL policies.

Some carriers may decide to abandon the SGUL marketplace altogether or, at least, suspend writing new SGUL business until they can redesign new SGUL products that incorporate markedly higher reserves.  While SGUL products are likely to continue to be offered because of the consumer demand, we’re also likely to see a revamped landscape as carriers enter and exit this marketplace.

Higher reserving will also, undoubtedly, force carriers to design and market alternative products.  Already, some traditionally large carriers in the SGUL market have offered up alternative "life expectancy" guarantees, which offer lower premiums to policyholders in exchange for lower reserve requirements on carriers, because the guarantee period is shorter. In purchasing these limited (life expectancy) guarantee products, the insured selects the desired duration of the guarantee.  Ultimately, however, the insured bears potential future premium adequacy risk if he should outlive the guarantee period and there’s then insufficient cash value to sustain the policy for the balance of his life.

Reserve charges will impact an insurer's statutory surplus, may limit its ability to declare dividends or repatriate earnings to a parent company and may force the insurer to seek alternative capital management techniques.

At the same time that the NAIC is working on the latest revisions to the SGUL AG 38 reserve rules, they're also moving forward with the adoption of a uniform reserve standard: Principles-Based Reserves (PBR).  Once adopted by all states, the PBR standards will apply to all life insurance products, including SGUL policies.  This means that the pending revisions to AG 38 may be short-lived.  In general, PBR takes a broader approach to how life insurers set reserves, by moving away from the current formulaic approach in favor of one relying on mortality tables, interest rates and lapse assumptions for each block of business.  The goal is to better align the risk and reserve on each block of business.  However, state-by-state adoption of PBR could take at least a few years, making its earliest effective date sometime in 2015.

SGUL policyholders should be relatively insulated from mandatory higher carrier reserving. Since SGUL premiums are guaranteed, the greatest policyholder risk is to the carrier’s overall financial strength.  When a carrier is required to post higher reserves, such as to comply with the new SGUL reserve requirements, this will impact a carrier’s earnings and surplus.  For SGUL policyholders who are relying on a carrier’s long-term future claims paying capacity (financial strength), diversification across a number of top-rated carriers is a virtual necessity.