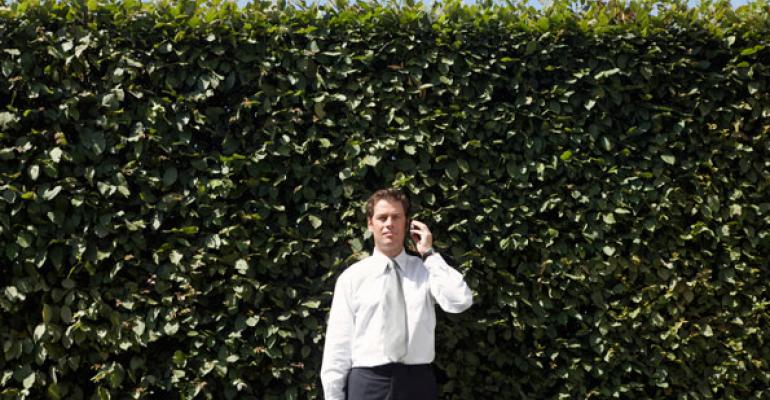 A new program is not cheap, but some say it's worth it.

Under the program, created by ValMark Advisors, an Akron, Ohio-based advisor firm, and Milliman, a Chicago-based actuarial firm, clients are charged an embedded 20 basis-point hedging fee. In addition, clients in the hedged portfolio give up returns on the upside.

When the stock and bond markets fluctuate more than average, based on several measures, like the standard deviation, the program automatically sells futures short during the trading day. When the exchange traded stock funds decline in value, for example, the futures contracts should rise in value, eliminating or reducing losses.

The exchange traded fund portfolios already are diversified by investment style and asset class to help reduce volatility, McClary says. But that may not be enough to protect investors during a financial meltdown like 2008. Nobel Prize winning research by Harry Markowitz, finance professor at the University of Southern California, found that during financial crises like those of 2000 and 2008, all asset classes drop in value and correlations rise. Hedging a portfolio against losses with futures could provide an extra layer of protection.

“I think it is more likely we’ll see more use of exchange traded funds to bring the overall cost down without increasing the riskiness of the portfolio,” O’Connor says. “We see insurance companies stepping up with new benefit designs and risk mitigation innovations.”

“Since the crash of 2008, many insurance companies have been forced to drop out of the variable annuity business entirely,” Greenberg says. “Others are finding ways to re-price and re-tool by increasing fees, cutting benefits and limiting investment options. We see more advisors and their clients looking for new ways to hedge portfolios and get downside protection in a volatile market where every basis point counts.”

Research by Wade Pfau, associate professor at the National Graduate Institute for Policy Studies, Tokyo, found that for portfolios with a stock-bond mix of 65-35 percent, an annual 4 percent withdrawal rate will allow the assets to last the portfolio holder at least 30 years. Pfau tested 56 rolling 30-year periods from 1926 through 2009. But he cites the avoidance of highly volatile investments as one of three factors required for systematic withdrawals to work. The other two: Curb overspending during the first 10 years of retirement and keep investment expenses and taxes to a minimum.

Adam Schenck, Milliman portfolio manager of risk management, notes that Milliman uses futures rather than put options because they are less expensive, have less variation in expenses over time and are more liquid.

Milliman's back-tested research shows that from 2000 to 2010, the protected portfolios were effective in cutting losses. They captured 77 percent of the upside and only 29 percent of the downside.

“The futures overlay portfolio controls exposure to market risk by measuring and monitoring market volatility to achieve a target level of volatility along with a capital protection strategy that cushions against equity losses by replicating a rolling five-year put option,” Schenck says. “The strategy relies on using liquid, transparent, exchange-traded futures contracts that are cash-settled every day.”

However, there are other drawbacks to this strategy besides the added cost.

Mitch Eichen, founder and CEO of Risk 3.0 Asset Management, a Morristown, N.J. advisory firm, does not favor any type of packaged hedge products. In today’s slow growth economy with volatile markets, he says he is hedging some of his client portfolios using a combination of put and call options.

“There is no such thing as a one-size-fits-all solution,” says Eichen, who manages separate accounts for Fidelity Investments.

Edward Szado, director of research at the Institute for Global Asset and Risk Management, Amherst, Mass., a non-profit research and education foundation, agrees. He says advisors who want to hedge client investments should consider some benefits of put options over the insurance company’s dynamic hedging. There is a definite level of protection determined by the strike price of the put options, he says. And the cost of put options in down markets can be lowered by using a collar strategy, which is accomplished by holding shares of an underlying stock, purchasing a protective put and writing a covered call on that stock.

“Dynamic strategies rely on the ability to trade enough to preserve the protection level without trading too frequently, incurring significant transaction costs,” Szado says. “In turbulent market conditions, it can be difficult to adjust your positions. You may find yourself incurring losses beyond what your strategy would suggest is possible.”