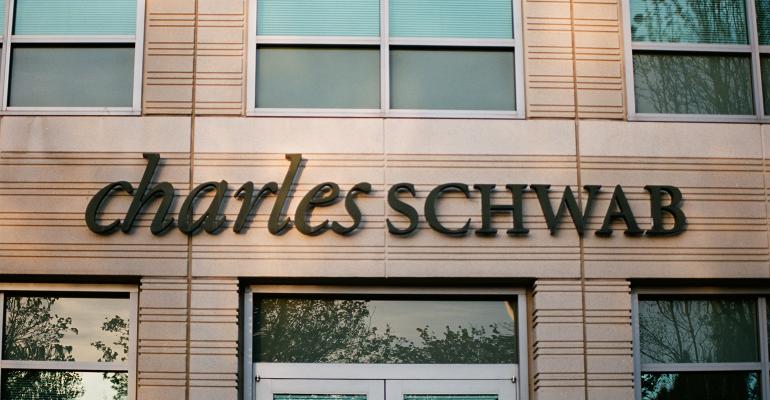 Some in the industry suggest that the Schwab-TD deal announced last week will encourage more advisors to jump from the wirehouses.

An open question in the wake of Schwab’s announced acquisition of TD Ameritrade last week is what impact the deal will have on the wirehouses, all four already engaged in slowing the outflow of breakaway advisors seeking independence.

Among the reasons cited by those who stay at the wirehouses are that these firms are bigger, better, deep-pocketed and offer a host of integrated technology solutions, as well as access to capital, products and investment services not easily replicated outside their walls.

But Shirl Penney, co-founder of Dynasty Financial Partners, and others, told WealthManagement.com that the wirehouses’ cachet may be eroding. The San Francisco-based discount broker, upon completion of its deal with TD Ameritrade, will have a market cap of about $85 billion, larger than the likes of Morgan Stanley, which is in the “high 70s.”

“Whether you’re a service provider in the space or an advisory firm or custodian, scale and size matter a lot in terms of one’s ability to drive profits, which fuels investment in technology and service. The independent model has accelerated over the past 20 years … but now, with the combination of a RIA and custodial firm with more assets than any of the wirehouses, this is only going to tilt further in favor of the independent movement, putting more fuel on the fire to encourage more advisors and more clients to move independent.”

Related: In a Schwabitrade World, Custody May Not Be Free

Meanwhile, 83% of wirehouse advisors report that they are somewhat or very likely to remain with their firm over the next 12 months. Of those advisors who have left in the past three years, the top three reasons cited for breaking away were frustrations with senior management, a desire for greater independence and the ability to build financial value in an independent business.

Tim Welsh, who runs the consulting firm Nexus Strategy, wrote in an email that “wirehouse branch management is constantly selling against the RIA model to keep their advisors from wandering, with one of their go-to messages that the RIA model is dominated by ‘small, discounters, with no prestige, so don’t go there.’” But now that the “Schwabitrade behemoth can no longer be considered a small, limited player, one of the arrows in their quiver for keeping the brokers in their seats has been eliminated.”

Penney said that over the past 20 years, “you’ve had a steady checking off of the boxes of what used to be the competitive advantage of traditional Wall Street firms–they and only they could get the great asset managers and investment management.” But some of the best left for hedge funds, and through open-architecture technology providers like Envestnet it became possible to get integrated reporting similar to that used by wirehouse firms. In similar fashion, firms such as Adepar and iCapital came along that could provide advisors with access to managing alternative investments and providing performance reporting on them. “It used to be very confusing and time-consuming to go independent, then Dynasty came along and made it easy to make the move, and all of a sudden Schwab and Fidelity then supported the independent advisor and leveled the playing field,” he said, adding that “you used to have to be at Merrill to get BofA, and now BNY Mellon and Pershing can match all your credit needs, so you can check that box.”

Penney also noted that the Schwab-TD deal may encourage more partnering because, “you might end up having an environment where firms like B/D’s, as we get more clarity around RegBI, might partner on the delivery [of financial services products] and end up having an RIA custodian to help partner with them on the advice side.” In a RegBI environment, he asked, “how do you justify a ticket charge of $9 when you can trade at a custodian for free?”

John Eubanks, vice president of Park Sutton Advisors, an investment bank based in New York that specializes in the independent RIA space, countered that while he could see “on the surface” that the Schwab-TD deal would lead to more breakaways, the size of a competitor “is not the driver for the experiences we have seen for somebody to jump. The support of the internal divisions” at the likes of Morgan Stanley are probably better than a breakaway advisor can get on his own, he said.

Eubanks, who left the Thundering Herd in 2011 to join the independent world, said that what motivated him to leave was “to have the flexibility to provide more customized services to clients because on the one hand the wirehouses have the expertise but at the same time it is difficult to serve certain clients who may, for example, need financial planning.”

Peter Mallouk, president of Creative Planning in Overland Park, Kan., said that the girth of the combined firms was not particularly relevant. “Schwab was already big–I don’t think it makes any difference in the calculus of making a move,” he said.

Merrill Lynch, Wells Fargo and Morgan Stanley declined comment for this story. However, a UBS source said that “we have the most productive advisors in the industry and continue to focus on hiring the most productive advisors, as opposed to the most advisors. Many of the best advisors in the industry have and will continue to choose to join, grow and retire at UBS.”