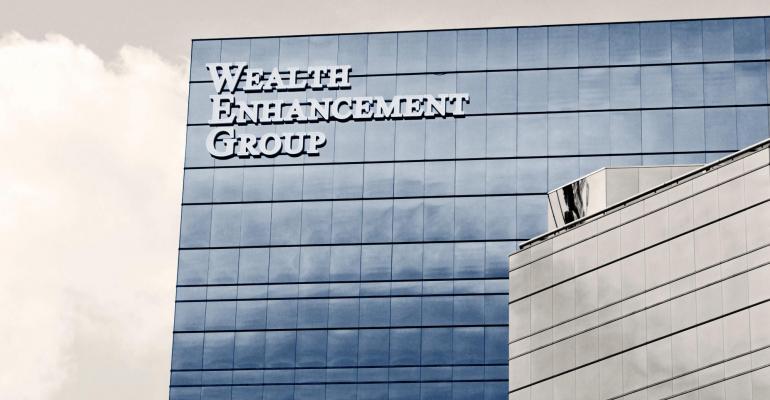 The addition of the $674 million firm will boost WEG’s total number of client assets above $55 billion; it’s the company’s 16th deal in 2021.

Wealth Enhancement Group is acquiring Vivid Financial Management, a hybrid RIA based in central California with $674 million in client assets under management, the firm announced. The acquisition will push WEG’s AUM above $55 billion.

WEG CEO Jeff Dekko said the group was excited to work with the six-advisor practice “shoulder-to-shoulder” in the coming years, adding Vivid built a strong track record of planning-centered client service that brandished their reputation as a high-quality firm. In an interview with WealthManagement.com, Dekko also said the deal was indicative of WEG’s broader approach to acquisitions, and that the firm was not looking to buy firms everywhere solely for the sake of scale.

“National scale clearly matters, but we also believe local scale matters, because it creates a number of opportunities to create more team activity at a local level, and allows us to deliver business development and resources within that,” he said.

Vivid was founded in 2015, and includes three locations in Orcutt, Lompoc and Arroyo Grande, Calif. The firm was founded by Julie Darrah, Brad Boulton, Todd Woodland and Tim Miller, and its clientele includes executives, families and others rangingfrom physicians to dentists, educators and farmers. It offers an array of financial planning services, including tax, estate and insurance planning, as well as asset management services and retirement planning support.

With the addition of the three Vivid offices, the Minneapolis-based WEG will now have seven outposts in California. According to Dekko, WEG began boosting its California presence in early June and July with acquisitions in the Los Angeles area (though the acquired firms had satellite offices in San Francisco). In considering how to broaden its Golden State reach, Dekko said management intended to mirror their approach in areas like the Northeast, where they set up shop in metro centers and branched out into the region like spokes on a wheel. Vivid became central to their California expansion, Dekko said.

“These folks came to us and they were just so good that we were ready to start that ‘spoke’ process,” he said.

WEG’s dealmaking has been prolific this year, with 16 in 2021 alone. In late September, the company announced its largest ever addition, acquiring QCI Asset Management, a 46-year-old independent RIA based in western New York, with $5.2 billion in total client assets (it was also WEG’s first acquisition in the region). The previous largest deal had been finalized earlier that same month, when WEG added the Charlotte, N.C.–based RIA Carroll Financial Associates, which had assets totaling about $4.7 billion. In August, the firm announced it was getting an investment from private equity firm Onex Corp., which became equal capital partners in WEG with TA Associates.

Dekko said WEG would likely announce more West Coast–based acquisitions soon and also would continue its concentration on the Southeast. Helping direct the firm for the long term was the belief that the number of transactions occurring among firms with an asset range of $500 million to $3 billion was likely to continue, but he expected at some point in the race for consolidation, aggregators would begin to consolidate themselves.

Financial terms on the deal weren’t disclosed, but the deal will close on Dec. 31, with Darrah, Boulton and Miller all coming onboard as senior vice presidents and financial advisors at WEG.