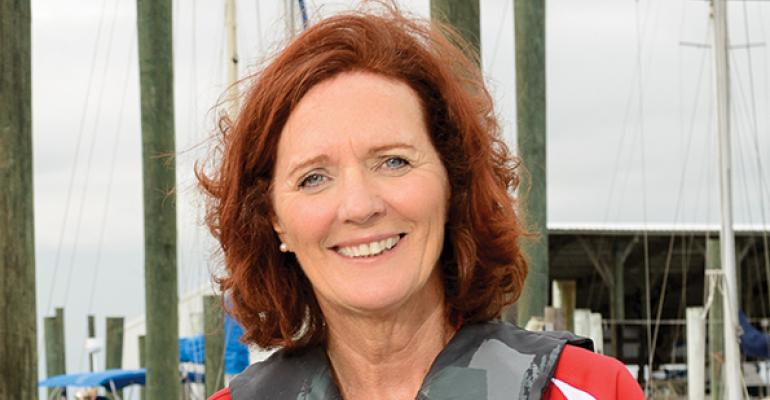 A Special Kind of Sailing

Houston-based advisor June Shaw grew up racing sailboats. “My brothers got me involved when I was 10 years old,” she says, noting that the sport carried her through college and helped her find a community of like-minded friends when she moved to Texas.

Ten years ago, she started judging junior women’s sailing competitions around the country. A few years later, she started teaching sailing to athletes with the Space Center Rockets, a Special Olympics Texas team.

Every other Friday during summer, Shaw drives out to the Houston Yacht Club on Galveston Bay to help with practice sessions. Usually working with two to three athletes, she teaches boat-handling skills and the rules and techniques of racing.

“It’s been a huge learning experience,” Shaw says. Given the athletes’ intellectual and physical disabilities, she had to learn to communicate in different ways. “I can’t raise my voice or get excited. You have to stay calm to keep them calm,” she says. “I’ve learned more from these athletes in the last few years than I have in all the years I’ve been racing.”

During the first few seasons, which generally run between May through October, Shaw worked as the safety officer for a boat with more capable athletes, there only to help in emergencies. But as she’s gained experience, she now participates as an onboard coach. The season ends with a daylong regatta.

In addition to volunteering with the Special Olympics, Shaw is a member of the planning committee for the Leukemia Cup Regatta at the Houston Yacht Club, and participates in at least one race a year to raise money for lymphoma. Shaw has also raced to raise money for the restoration of the Elissa Sailing Ship, a tall ship moored in Galveston.

“For 50 years, sailing has given to me, so now I like giving back,” Shaw says.