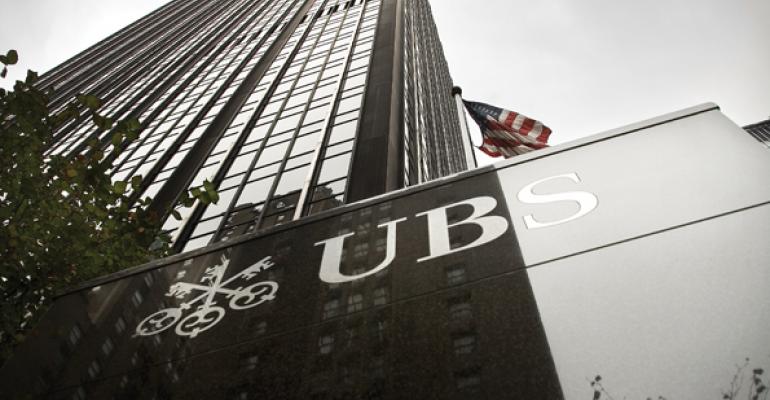 The second wirehouse to withdraw after Morgan Stanley departure in late October may foretell the eventual end of the agreement.

UBS is withdrawing from the Protocol for Broker Recruiting Agreement, making it the second wirehouse and original member of the arrangement to do so after Morgan Stanley withdrew from it in October.

The brokerage sent a memo to its advisors Monday morning notifying them the firm would no longer be a member of the agreement as of Friday, Dec. 1.

Like Morgan Stanley, UBS delayed notifying its advisors of the change after it submitted a letter of withdrawal from the agreement. UBS sent its letter of notice to Bressler Amery Ross, the law firm that administers the protocol agreement, on Nov. 20, a spokesperson said. Firms must submit a withdrawal letter to at least 10 days prior to the agreement taking effect.

Bressler Amery Ross has not returned multiple emails and phone calls from WealthManagement.com regarding the status of protocol member firms since Morgan Stanley left the arrangement on Oct. 30.

It’s unclear how quickly the law firm is willing to share information on which brokerages have submitted withdrawal letters. It withheld the information about Morgan Stanley’s protocol membership leading up to the day it notified the firm’s brokers, according to Sharron Ash, the chief litigation attorney at Hamburger Law Firm.

Ash also said in a statement last week that she learned on Nov. 13 that two additional brokerages had submitted withdrawal letters from the protocol agreement on Nov. 6 and Nov. 9, respectively. But she said the law firm should have notified her legal firm prior to Nov. 13, when Bressler Amery Ross releases its weekly report brokerages joining and leaving the agreement. Hamburger Law Firm helps financial advisors transition from one firm to another, often with a coordinated plan of action to bring clients along with them. The protocol limits the actions firms can take to stop such moves, and deliberately shortening the window of time an advisor has to act while still under the protections of the agreement is a point of contention.

UBS did not comment on Bressler Amery Ross’ procedure for publicly sharing the notifications of withdrawals.

“Bressler hasn’t passed along the notice of withdrawals it has received to the other signatories in a timely manner. Worse, this cannot be overlooked as a mere omission,” Ash said in a statement. “Bressler affirmatively refused to disclose withdrawals upon receipt–first ignoring my requests, then after multiple emails and calls, denying my requests.”

In the case of UBS, a six-day hold up on publicly notifying its advisors could mean narrowing a critical window of time for those planning to leave the brokerage under the protocol agreement’s protection.

The brokerage didn’t notify advisors on the day it filed its withdrawal letter. But it also made the announcement before the December holiday season, avoiding a window that overlaps a period when both clients and advisors are vacationing and regulatory agencies might not be operating with a full staff, said David Gehn, a partner at Ellenoff Grossman & Schole.

UBS' exit from the protocol agreement should not be a surprise, especially after Morgan Stanley’s departure, observers say. There is little incentive for any of the wirehouses to remain part of the agreement if the others are not, Gehn said.

“I see who it affects, but I certainly understand the business reasons for departure,” Gehn said.

UBS was the first wirehouse to slash the large monetary packages meant to recruit top-notch advisors in favor of retaining its current workforce and training newer advisors. The others—Merrill Lynch, Morgan Stanley and Wells Fargo—followed soon after, as other competitors continue to lure advisors from the wirehouses, especially in the independent channel.

The memo UBS sent to employees Monday morning touched on that trend.

“Our decision to exit the Protocol is consistent with our organic growth strategy and the same belief that’s driven all of our recent enhancements–that, while we will always look to selectively attract talent to UBS, you are the industry’s best, most productive Advisors. Our top priority is helping you reach your full potential, not recruiting Advisors from our competitors,” wrote Tom Naratil, who is both the president of UBS Americas and the president of Wealth Management Americas.