Tennis star Jimmy Connors and his cardboard likeness were the stars of this 1987 commercial that was part of the "Thank You, PaineWebber" ad campaign.

The campaign ran from 1975 to until the stock market crash in 1987, and was then sidelined until the firm resurrected it in 1998.

Founded in 1881, PaineWebber grew to become the fourth largest private-client firm in the United States with 385 offices and more than 8,500 stockbrokers.

In late 2000, the firm was acquired by the Swiss bank UBS AG for $10.8 billion. The 123-year-old name disappeared in 2003 when UBS PaineWebber was rebranded UBS Wealth Management USA.

Founded in 1904, E.F. Hutton grew at one point to be the second-largest brokerage in the United States. During the 1970s and 1980s, it ran this advertising campaign, with the tag line, "When E.F. Hutton talkes, people listen."

It was developed by ad agency Benton & Bowles after E.F. Hutton executive William Clayton sought out a new slogan to replace “More than just brokers,” which he thought was awful.

The firm eventually became part of Smith Barney, and an attempt to resurrect it by Stanley Hutton Rumbough, E.F. Hutton's grandson, and a number of former executives, fizzled out in 2013.

Before E*Trade hit marketing gold with its E*Trade baby line of commercials, it ran this 1999 campaign, depicting a disheveled financial advisor waking up at 4:45 a.m., trekking to work and cold calling. It took straight aim at the industry with the tag line, "If your broker's so great, how come he still has to work?"

From 1979 to 1992, Smith Barney ran nearly two dozen ads with the tag line, "Smith Barney: They make money the old fashioned way. They earned it."

The company grew to include 63 offices in the U.S. and abroad, and fell victim to the 1972-73 stock market crash. It was acquired by Hayden Stone & Co., and eventually it's name was dropped from Smith Barney Shearson after various mergers within the industry.

Dean Witter
No, that isn't the real Dean Witter in this commercial from 1990. It's Herb Mitchell, who was a stockbroker before he became an actor, appearing as Tevye in a production of Fiddler on the Roof and as a recurring character in the television series The Practice.

The ad campaign and its tag line, "Measuring Success One Investor at a Time" became so ubiquitous that they were even parodied in a skit on Saturday Night Line.

Played by actor Michael Maronna, Ameritrade's "Stewart" became somewhat of a cult figure after appearing in these commercials from 1999.

The high-energy Maronna, a former bike messenger, ad-libbed many of the lines. He even played "Stewart" in a skit with President Bill Clinton during the 2000 White House Correspondent's Dinner and also appeared in the Nickelodeon series The Adventures of Pete & Pete and played Macaulay Culkin brother in Home Alone.

Bank of America
We dare you to pay homage to this 1949 television ad and walk into any Bank of America branch today and ask for a "jar of soothing instant money. M-O-N-E-Y."

Launched in 1996, Datek Online was notorious for taking on the old guard of the financial services industry during the day trader boom. It competed with the likes of E*Trade and offered innovations such as being the first online brokerage to offer free real-time streaming quotes.

In July 1999, it was the first firm to offer extended hours trading, allowing members to trade on the Nasdaq from 8 a.m. to 8 p.m. During its peak in 2001, Datek Online executed one out of every six Nasdaq trades.

Dreyfus Fund
Dreyfus, which is now a subsidiary of the Bank of New York Mellon, was the first mutual fund company to launch a retail advertising campaign. The Dreyfus lion made its debut in 1957 and was imitated with a similar commercial in the movie, "The Wolf of Wall Street."

Speaking of the E*trade baby, enough time has now passed from his first appearance during the 2013 Superbowl to call him a classic (five-year olds are very advanced these days).

“When we first created the baby, we had no idea if it was the dumbest thing we’d ever done or if it was genius,” says Tor Myhren, chief creative officer at ad agency Grey New York, the creators of the spot. “I was terrified.” 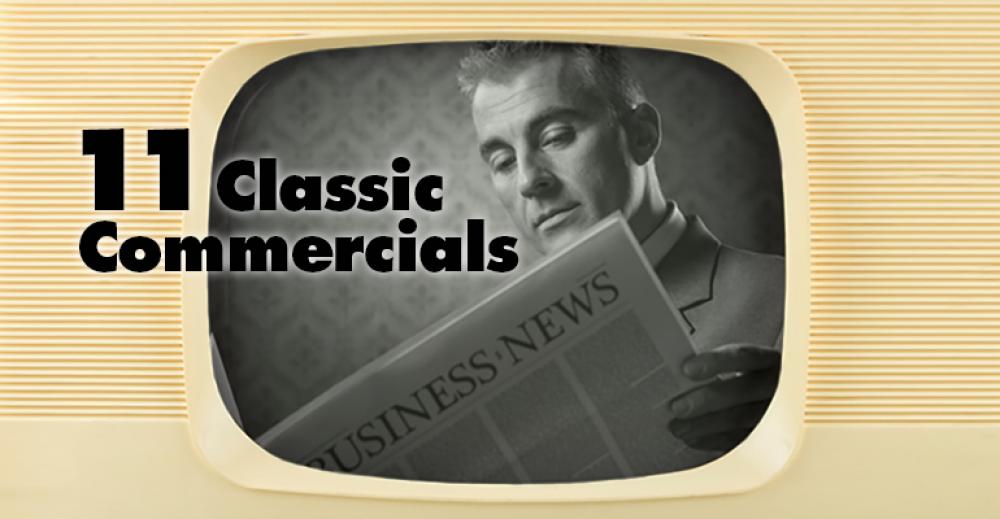