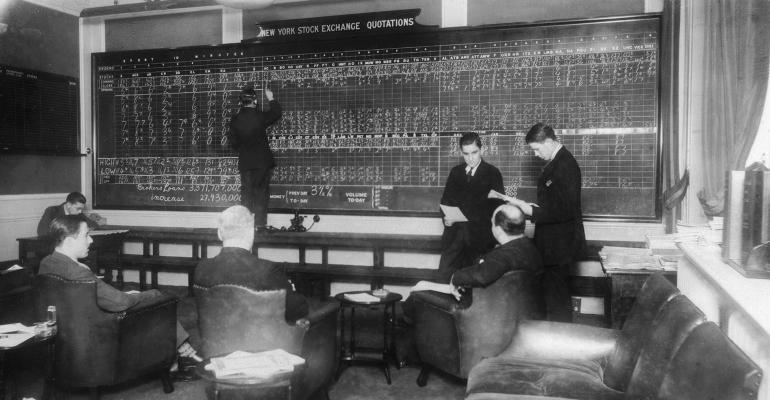 Constant flux is the norm. Get used to it.

(Bloomberg Opinion) --One of the great variables of appearing at investment conferences is the question-and-answer session after your presentation. No matter how well-prepared you may be, it’s hard to anticipate every query.

Such was the case earlier this week, when I was speaking to employees at a scrappy startup in Pennsylvania (OK, it was Vanguard Group). It was the last question, and it was a gem: “What do you think the financial-services industry will look like in five or 10 years?”

After acknowledging the advantages of being free of the burden of having made any forecasts, I offered up a short and woefully incomplete answer. Today, I want to fill in some holes.

The old expression “The days are long but the decades are short” barely hints at just how fast the world is changing. Facebook Inc. was moving beyond its dorm-room startup phase back in 2008, and was about to go cash-flow positive. Apple Inc.’s iPhone was almost a year old, having been introduced to mostly lukewarm reviews, and Uber Technologies Inc. was a full year away from being founded. Indeed, the list of items that didn’t exist 10 years ago would also have to include Bitcoin, the iPad, Slack, Instagram, Venmo, Snapchat, Candy Crush, Square and so much more.

Rather than simply make unfounded guesses, we can borrow from the approach advanced by Philip Tetlock, professor at the University of Pennsylvania and author of “Superforecasting: The Art and Science of Prediction.” In a nutshell, the method outlined in this invaluable book is: What do we already know, and what can we extrapolate from that knowledge?

My top 10 list would have to include the following:

I am certain there are other factors that will affect how finance looks in a decade, but this is a good start. The only constant in the industry seems to be change: As long as the potential for doing things faster, cheaper and better is out there, modern finance will be in a constant state of flux. We’re just going to have to live with it.


To contact the author of this story: Barry Ritholtz at [email protected]