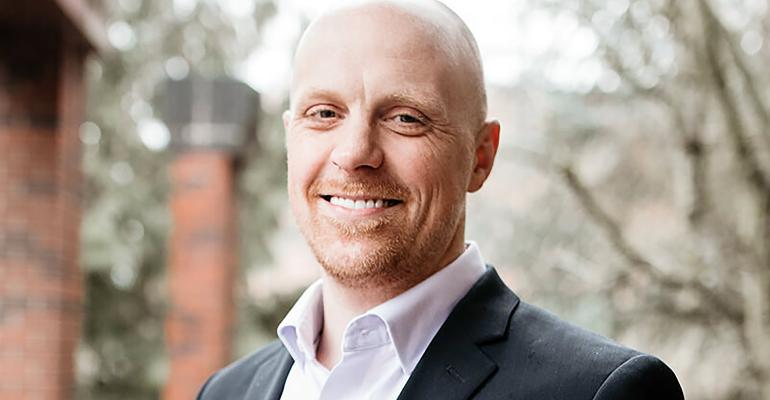 LendingWell to take advantage of the tightening of lending standards that has arisen due to the coronavirus pandemic.

LendingWell intends to offer an alternative to Devoe & Company’s DeVoe CapitalWorks, another free, although telephone-based, platform that connects RIAs with lenders, and SkyView Partners, which brokers loans from a host of community banks. LendingWell was launched to take advantage of the tightening of lending standards that has arisen due to the coronavirus pandemic.

“We saw a significant increase in the number of client contacts we were getting about refis to lower their payments or to secure capital for extra breathing room now that the markets are down,” said David Grau, president and founder of SRG. Lenders, he said, are tightening the amount they will lend; it used to be deals were 100% bank financed, but now that number is down to 50% to 80%. Loan-to-value ratios, he said, have dipped since the outbreak of the pandemic, meaning that “deals that were on the fence no longer qualify,” he added, because values have dipped in lockstep with revenues.

Part of the impetus for LendingWell, said Grau, was that in the mid-to-late 2000s, PPC Loan was the only player in RIA lending. Then in 2013, Live Oak joined the fray as an SBA lender to RIAs with capital needs. Now, Grau said, there are at least seven lenders who make capital available to RIAs, and contacting them each can be a time-consuming process that takes months—enough time to sink a deal.

SRG “brokers” deals together by negotiating things like the price, the terms and timeline, and does about 50 deals a year in the sub-$1 billion range, Grau said. (Larger deals are usually financed by private equity shops or with the buyer’s balance sheet capital.)

But these community banks, Grau says, simply don’t have enough experience with RIA lending to make it onto the LendingWell platform. “We have dozens of lenders we have worked with, but we only want those who have enough experience and who consistently provide capital. There is nothing more frustrating than dealing with a community bank who in their underwriting asks you questions about your IRA when they really mean your RIA. They just don’t know the difference, or understand or know the industry or are here for the long term,” said Grau.

Of the 30 participating banks and lenders signed up for the DeVoe program, none is a community bank. SRG features seven banks, but to make it onto LendingWell's list, a bank has to have provided a certain level of consistent capital for RIA deals in the past 24 months; SRG has set the minimum number of deals at five.

LendingWell, he said, performs the same function as SkyView, which connects RIAs to funding sources, without the “middleman” services that SkyView performs for a fee. “When you call SkyView you have to talk to an individual and rely on human knowledge and their familiarity with banks to get matched, for a fee,” said Grau.

The DeVoe platform also features a 30-minute phone call during which they “talk through the needs and guardrails” of each advisor and “evaluate lenders and capital providers,” DeVoe Managing Director Brad Grubb said.

"We are always honored when others try to copy us," said Dave DeVoe, founder and managing partner of DeVoe & Company. "We don't see this as competitive to our offer because we focus on larger RIAs, and just as an HNW investor would not fill out an online tool to find an advisor, our clients appreciate our live discussion to assess their needs and identify the best capital partner," he said

Scott Wetzel, CEO of Minneapolis-based SkyView, said that he was contacted by SRG about participating in LendingWell.

"After reviewing the site, we decided to pass; we did not perceive the value of an intermediary who is brokering loans to a very limited number of industry participants [Live Oak, PPC, etc.] conducting RIA financing," he said.

"In addition, the 1% fee that Lending Well/SRG receives from each lender adds unnecessary cost for merely providing a name and we do not view Lending Well as a competitor, it is more akin to Advisor Loans who brokers loans for a fee," said Wetzel.

Grau said that so far LendingWell has attracted a fair amount of users. “In the last four days, we have 60 users. Ten percent of those have been using our chat function, and 5% have called us with questions.”

The site is free to use, but SRG is hoping to use it to flag new deals and capitalize by offering its consulting services to those in need of capital.

“Really the ultimate benefit for us is, it gives us the opportunity, when clients submit a request for financing, to offer to provide additional services which they may or may not need,” he said.

The SRG tool is meant to be very simple. The user is asked up to nine questions, and based on the responses is given a LendingWell Score. The tool then matches the user with the appropriate lender and lending program based upon that score. In seconds, it produces detailed lender profiles, including the lender’s typical interest rate, loan term and specific bank covenants.