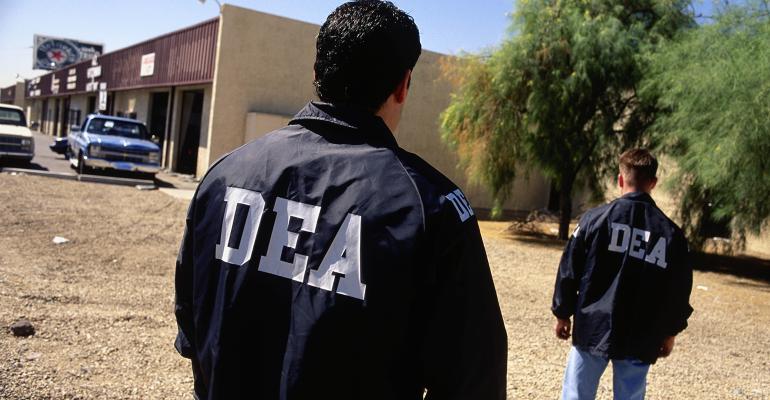 The story of Wayne McLeod illustrates how, in broker/dealer land, compliance red flags are often ignored when the broker is pulling in a lot of money.

You’ve probably heard the saying, “The poor are crazy, the rich just eccentric.”

It originates from Ellen Raskin’s 1979 mystery novel, The Westing Game, and it addresses the view that the rich are granted a lot more leeway in their actions than the poor. The rich earn respect just by having money, while the poor are considered disposable and crazy.

At the compliance level, the broker/dealer community lives this in spades. For example, when a $200,000 producer forges a signature, he’ll be terminated immediately, while a $2 million producer committing the same offense may see a $5,000 fine and a verbal slap on the wrist.

Broker/dealers look at compliance disclosures on a risk-reward basis. Advisors with ample production can also have multiple Financial Industry Regulatory Authority (FINRA) disclosures, and the broker/dealer will make the relationship work in most cases.

Illustrating the point, a recruiter friend recently shared a story where he blew the whistle on a potential Ponzi scheme, but his concerns fell on deaf ears. In his account, the advisor who instigated the scheme was a substantial producer, and management didn’t want to upset the apple cart of revenue. Because the advisor had a clean compliance record at the time, the thought of anything being amiss was not questioned.

The story centers on a Ponzi scheme masterminded by Wayne McLeod, a broker and investment advisor from Jacksonville, Fla. Because this Ponzi scheme occurred after the Bernie Madoff case, it largely flew under the radar of the press. McLeod was affiliated with the broker/dealer Capital Analysts from 2004 to 2007.

McLeod had once dreamed of being a Federal Bureau of Investigation (FBI) agent, but that dream never materialized because he failed an eye exam. As an alternative to becoming an agent, McLeod chose to become a broker, focusing his business on FBI agents, as well as those from the Drug Enforcement Administration (DEA) and U.S. Customs and Border Protection.

He chose to target his marketing seminars to employees in these agencies based in part on the fact they often carry firearms. If a government employee is required to carry a firearm, they receive a 25% increase in income called “hazard pay,” and thus would have more money to invest, he assumed.

McLeod’s company, Federal Employees Benefit Group (FEBG), operated out of Jacksonville, where the DEA hired him to give approximately 130 seminars to its workforce. The Ponzi scheme component of McLeod’s operation was a bond fund that he marketed as an investment opportunity that would return 8% to 10% tax-free.

At the same time, McLeod was training advisors (willing to pay a fee) on everything they would need to know about federal employees’ retirement programs and retirement planning, with McLeod getting a share of revenue these reps produced from the federal employees. He designed and developed all his own course materials, including brochures and training books.

McLeod had a strong understanding of the FBI and DEA agents’ retirement plans, grasping every nuance, giving the impression that everything was sound and well-thought-out. He required the financial advisors he trained to put 10% of client assets (of every recommendation they made to clients) into his bond fund. As it was later revealed, this mutual fund did not exist.

The Capital Analysts recruiter took McLeod’s four-day advisor training course along with several other Capital Analysts advisors at McLeod’s office location in Jacksonville. The course was excellent, with participants walking away with a thorough knowledge of federal employees’ retirement plans and how to help them with understanding the pros and cons of their plans.

At one point, one of the Capital Analysts advisors asked McLeod why they would be required to place 10% of clients’ assets into his mutual fund and McLeod exploded in rage at the question and told the advisors, “If you don’t like it, you can head to the airport and go home right now.” It was a reasonable question by the advisor and a strange unsettling moment to hear McLeod erupt when asked.

A few days after returning from the training program, the recruiter met with the president of Capital Analysts and another member of the management team to share his experience and concerns over McLeod’s explosive response to questions. The recruiter asked management, why did McLeod require 10% of assets go into his mutual fund; how could the fund return 8% to 10% tax-free when it was invested in government bonds?

The president’s response was, “It is none of your business and don’t worry about what Wayne does.” This shut down the conversation, with the leadership at the firm apparently not wanting to upset the revenue stream as well as not wanting to upset McLeod because he could be intimidating, possessing a strong personality and presence.

As highly regulated as our industry is, you can’t allow your advisors to run a mutual fund without doing due diligence. In fact, most broker/dealer presidents would not allow one of their representatives to run a mutual fund. You could drive a bus through the lack of compliance oversight on the part of Capital Analysts, in that they never asked to see paperwork on the mutual fund, nor did they do any reporting to FINRA.

Further illustrating red flags on McLeod’s business dealings, the recruiter also recalled a conversation with McLeod at the training session where McLeod told him that he had $300 million with Prudential and the Capital Analysts president would never see it unless he (Wayne) got treated with more respect.

Three years after this episode, McLeod changed broker/dealers and joined Lincoln Financial (2008-2010) and it was at Lincoln that the bond fund Ponzi scheme started to unravel. Of the 130 investors in McLeod’s alleged FEBG fund, 67 were DEA employees, which included high-ranking officials. The total in stolen client money came to $34 million, with millions in FINRA fines imposed on both Capital Analysts and Lincoln Financial in the months after the scandal broke.

On June 22, 2010, McLeod was scheduled to give a deposition to SEC attorneys at the U.S. Attorney’s Office in Jacksonville, but he never showed up. McLeod sent a suicide note to an SEC attorney that apologized for the harm he had caused. He drove his SUV to Mandarin Park in Jacksonville, pulled out a handgun and shot himself in the head. At the age of 48, McLeod left behind a wife, five children and dozens of aggrieved investors.

As we saw with Harry Markopolos, who blew the whistle on Bernie Madoff’s Ponzi scheme years before it imploded, as well as with the recruiter to Capital Analysts, whistleblower alerts of inconsistencies usually are ignored.

Perhaps it’s the fact that these charlatans gave generously to charities, making them appear morally bulletproof. McLeod gave $20,000 to the DEA Survivors Benefit Fund, which turned out to be a ploy to gain and maintain access to the DEA. Madoff was a pillar of the community, doling out millions through his foundation, which of course turned out to be clients’ money.

To quote Martin Sheen in the movie Wall Street, “You don’t judge a man by the size of his wallet!” The broker/dealer community could benefit from the realization that large producers can also be crazy. Don’t let the dollar signs blind you.

Jon Henschen is the owner of Henschen & Associates, a consultant and recruiter for broker/dealers.