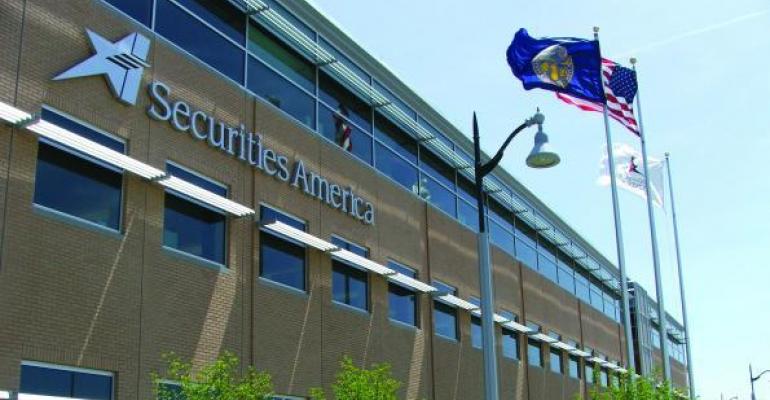 In addition, at least two other firms affiliated with LPL's recently acquired National Planning Holdings this week have left for other independent brokers/dealers.

Priority Financial Group, a super office of supervisory jurisdiction with 25 advisors and $1.35 billion in client assets, has left LPL Financial for Securities America. The firm’s advisors work with 13 credit unions in Texas, Arizona and California.

The super OSJ is led by CEO Mike Prior, who said the team was attracted to Securities America’s flexibility, technology and wide range of investments at competitive pricing. They were also looking for a firm that works with financial institutions. Securities America works with over 125 credit unions and banks with over $4.2 billion in total assets under management.

In addition, at least two other IBD teams have left National Planning Holdings in the wake of the announcement it was acquired by LPL.  That acquisition, and a change in how LPL will require advisors going forward park a portion of their fee-based accounts at LPL’s corporate RIA, have led some to speculate that smaller LPL teams will be swayed to go to other IBDs.

Prior to the Priority Financial Group announcement, Jim Nagengast, the CEO of Securities America, spoke at the recent Wealthmanagement.com Executive Forum and said his firm was seeing a lot of opportunities to recruit teams in the wake of the LPL acquisition of NPH.

This week alone, two NPH-affiliated firms left for other b/ds rather than transition over to LPL: Paris International, a Great Neck, N.Y. $1.3 billion firm specializing in retirement plans for small businesses, departed for Commonwealth Financial, taking a shot at LPL in the process. “It’s a perfect fit for us—Commonwealth is a big firm that acts like a boutique. They have the scale we need to run our business while still offering personal support,” Michael Paris said in a statement.