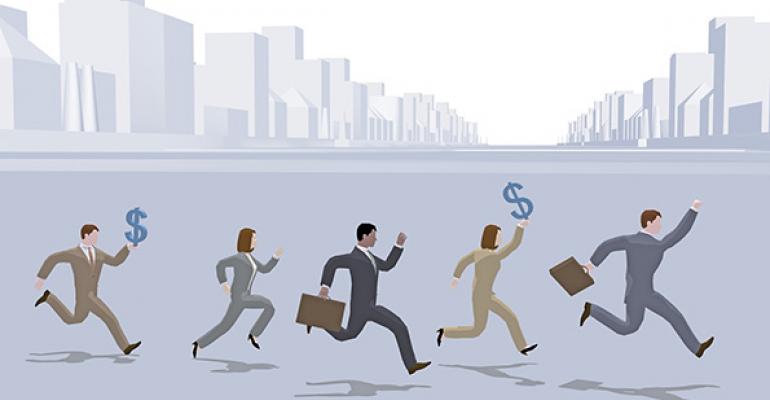 RIAs Need This Much in AUM to Remain Competitive

A study by Advisor Growth Strategies and Dynasty Financial Partners found that firms were more profitable with the more shared services they used.

The necessary scale that a registered investment advisory firm needs to remain competitive, at least in terms of assets under management, is now well over $2 billion, according to a study published Wednesday.

“Based on the results of our analysis, it became clear that optimum scale for RIAs is greater than the $1 billion to–$2 billion AUM size that is industry conventional wisdom,” said a report by Advisor Growth Strategies, a consultant to wealth managers, and Dynasty Financial Partners, a services platform for RIAs.

The benchmarking study compared the profit margin of firms before paying advisors, whether they are owners or not, non-employee owners and ownership payments to non-advisors, and found that even large firms were substantially more profitable if they used shares services platforms.

To be sure, the study is a little self-serving. It compares firms that are part of Dynasty’s network to others polled by AGS, Pershing and Charles Schwab. Not surprisingly, the Dynasty firms had an average margin of 62 percent compared to 56 percent at firms studied by AGS, 58 percent at Pershing-affiliated firms and 48 percent at those affiliated with Charles Schwab—though Dynasty’s platform fees were the highest (14 percent).

But the importance of firms readying themselves to scale can’t be understated. Not only is profitability important to buyers and sellers valuing business, the desire for firms to scale is hastening consolidation in the wealth management industry.

The authors of the report expect a dozen or more RIAs with more than $100 billion in assets will emerge and compete across the United States.