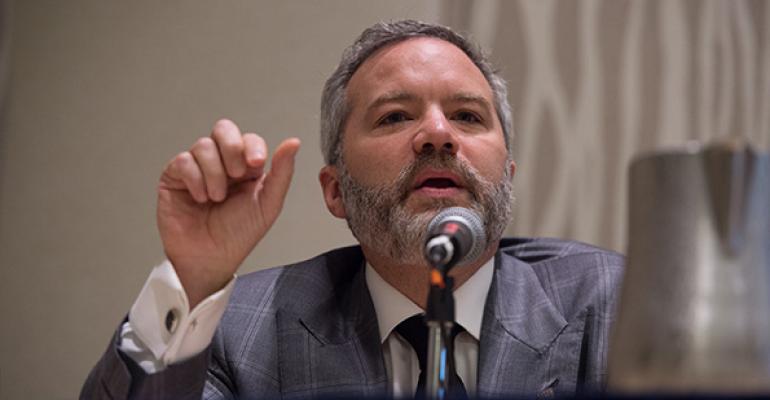 RCS Capital Corp. (RCAP) insisted that the company’s long-term fundamentals were strong and well positioned for growth on Tuesday, despite its fourth quarter earnings failing to meet analysts' expectations.

RCAP announced pro forma adjusted net income of $12.6 million, or $0.14 per fully diluted share, from the quarter that ended Dec. 31. That was 70 percent lower than a year ago and missed analyst expectations by $0.04 per share. While the company said it continues to see strong performance in its retail advice business, it couldn’t escape the fallout from the 14 investment products sold by its wholesale distribution sister company American Realty Capital Properties, which announced a $23 million accounting error on Oct. 29.

“As all of you are aware, the fourth quarter was particularly challenging for RCS Capital,” said Michael Weil, CEO of RCAP, during an earnings conference call. “Despite issues beyond our control, we continue to execute on the items that we can control.”

Shares of RCAP closed down 3 percent following the announcement of the earnings. Since the accounting error was announced, shares are down 38 percent. The firm has reinstated dozens of agreements with broker/dealers that had previously suspended sales of products distributed by RCAP.

“Importantly, we expect the ongoing reinstatement of our selling agreements and the strengthening of our selling group will continue to be a positive contributor to our capital raising activities,” Bill Dwyer, CEO of Realty Capital Securities, said in a statement.

In December, Nicholas Schorsh, who was considered an innovator in REITs, resigned from his leadership posts at RCS Capital and American Reality Capital.

The company touted its 97 percent advisor retention rate and said it recruited 242 new advisors in the fourth quarter, representing $33.8 million in production, yet net advisors grew by 123. An RCAP executive said this is because they removed advisors for being too risky or low producers by asking them to leave and changing their pricing.

“I’m proud of the resiliency of this organization and the work we have to set RCS Capital up for a very profitable 2015,” Weil said.