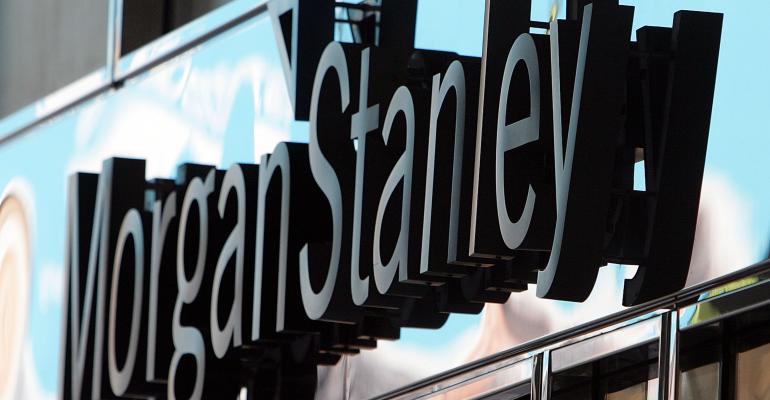 Morgan Stanley has updated its grid payout scheme to incent its advisors to aim higher and sell financial plans in its first compensation update since 2017.

Morgan Stanley revealed changes to its 2020 grid scheme to its nationwide network of advisors in a memo sent Tuesday.

The new plan—Morgan Stanley last updated its grid in 2017—incentivizes advisors to seek out higher-net-worth clients and sell more financial plans, while reducing payouts for smaller accounts without financial plans. It also raises the bar to earn incentive compensation for producers of less than $5 million in trailing-12-month revenues by 10%; while payouts on the grid aren't changing, the thresholds needed to achieve them are higher. Still, most advisors won't be affected by the higher thresholds unless they are near the revenue breakpoints, according to a source familiar with the plan.

Higher thresholds make some sense given Morgan Stanley has not changed its grid in three years as markets have climbed some 35% over that time, raising most account levels.

But the good times aren't slated to last, and Morgan Stanley wants more of its advisors to put clients into financial plans. Vince Lumia, head of field management at the wirehouse, said in the memo that “yesterday, the Morgan Stanley Investment Strategy team issued their 2020 market call which predicts that next year and the years that follow will be more challenging from a return perspective than this past decade.” He added that “now more than ever, our Modern Wealth strategy, centered on a financial plan, will help ensure that you serve your clients better than anyone else in the industry and supports the steady growth of your practice.”

Incentivizing new client business, advisors will see their payout for acquired assets rise from 2% to 3% of revenue from clients bringing at least $5 million in new assets or more to the firm. Previously the wirehouse was offering advisors a two-tier incentive of an additional percentage point on revenue generated by clients that, over a rolling 12 months, had at least $500,000 of new assets, or had grown new assets by at least 5%, and 2 percentage points on revenue generated by clients with new assets of $2 million or more.

Advisors will also earn an additional 1% for client accounts that have a financial plan and have a Morgan Stanley online account.

With regard to “small households,” or those under $250,000 in AUM, the wirehouse will reward advisors who make “a qualified Financial Plan” with an additional percentage point in compensation, introduced last year. But accounts between $100,000 and $250,000 that don’t have a financial plan will generate only a 10% credit rate, down from 25%. Households below $100,000 in assets and liabilities will have a 5% credit rate, as opposed to 10%. Morgan Stanley will include liabilities as well as assets in its determination of whether or not a client is a “small household.”

The firm is also trimming the payouts for client assets in cash, including sweep accounts and money market funds, and payouts for cash kept in savings accounts will be reduced by 5 basis points.

Sources said that according to the wirehouse, most attempts at fraud against its clients are directed at intercepting personal checks and statements because they tend not to shred documents before getting rid of them. Hence, to encourage digital document adoption, in May of next year it will reduce fee waivers for documents for clients with less than $10 million in AUM, unless they adopt electronic delivery. Not opting for e-delivery then could result in fees of $20 to $25 annually per account.

The company’s research has shown that even older clients are up to date digitally, so it is not concerned about any potential reluctance to adopt e-delivery.

Support staff will also be rewarded with $100 per each client who establishes either a new recurring deposit of $5,000 or more, or a new Social Security deposit for three consecutive months.

Andy Tasnady of Tasnady Associates in Port Washington, N.Y., said that “this is really just a cost containment type of move. The firm is seeing that sales have gone up for advisors because the market has gone up and fees have gone up” due to the strong markets. “They also introduced added incentives for growth, enhancing a couple of their bonus programs. If you’re above $5 million, there’s no change, so the small amount” of advisors with large books “are not in that bucket: they are very important and very vocal, so they are not affected.”