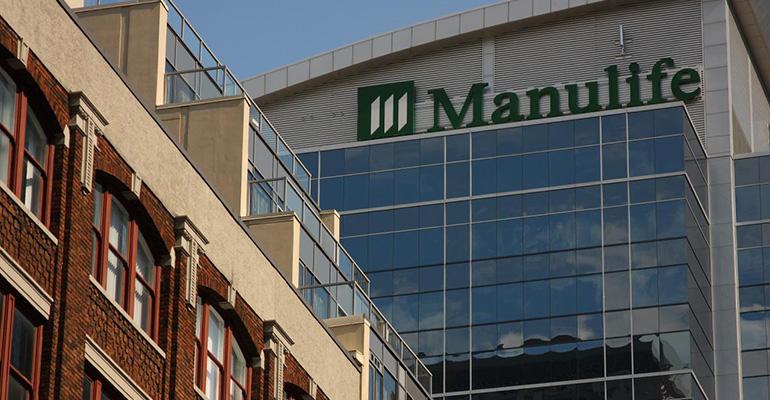 (Bloomberg) --Manulife Financial Corp., Canada’s largest life insurer, acknowledged that it has poorly performing books of business amid speculation that the company is seeking to exit its John Hancock operation in the U.S.

Manulife is weighing an initial public offering or spinoff of John Hancock, a unit that had more than $400 billion of assets under management and administration at the end of 2016, a person familiar with the matter said in July. But executives downplayed that possibility on the conference call, citing they want to retain the U.S. wealth operations and calling reports of the spinoff as market speculation.

Rivals including New York-based MetLife Inc. and France’s Axa SA have been working to retreat from similar operations in the U.S., helping to cut risk from businesses like annuities, where results can be volatile depending on markets. Manulife was burned in the U.S. by low interest rates and higher-than-expected costs on long-term care policies.

“While we cannot completely dismiss the potential of a U.S. spin-off by MFC, we believe that the probability of such an outcome is lower than previously thought and the value creation of a spin-off is not as clear," National Bank analyst Gabriel Dechaine said in a note to clients Thursday. He rates the company a hold.

The company may need to inject additional capital into the unit first since their excess capital ratio is lower than peers in the U.S. and Manulife’s stated plan of retaining wealth management operations would make the spin off less desirable, Dechaine said.

Guloien said he didn’t want to discuss hypothetical questions, but was peppered by analysts with inquiries about his plans for the U.S., and whether he would rule out some options, such as an exit from the Boston-based Hancock unit.

“I don’t think there are any non-starters,” Guloien said. “When you run a public company, you’ve got to look at it from every perspective in a dispassionate way. That’s not to suggest we would do that, or that it’s easy to do. The ultimate determination would be, ‘Is it good for building shareholder value?’ That would be the criteria our company would use.”

He also said the company’s asset-management operation, which has been an area of growth in many regions, is likely to retain a presence in the U.S. It’s imperative for major players in such an industry to have offerings in the world’s largest economy, according to the CEO.

Second-quarter profit excluding some items was 57 cents a share, above the 55-cent average estimate analysts surveyed by Bloomberg. Net income jumped 78 percent to C$1.26 billion from the prior year period as investments boomed and sales increased for insurance and asset management business across nearly all regions.