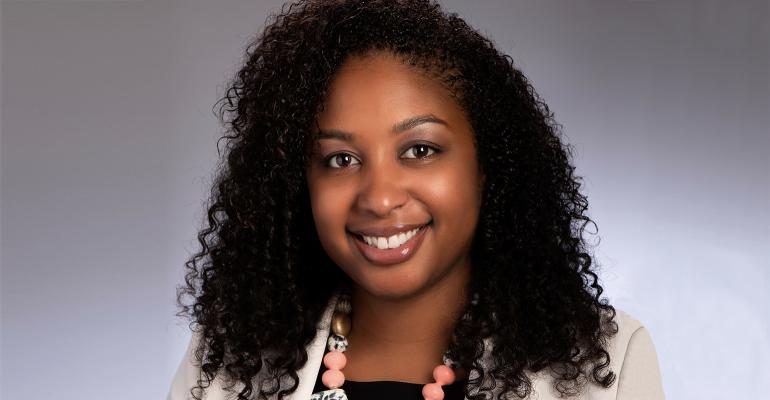 Kamila Elliott Takes Over as 2022 CFP Board Chair

Elliott, the CFP Board’s first African American chair, outlines her priorities in the role, including a focus on proposed changes to the organization's appeals process and greater emphasis on enforcement.

Kamila Elliott, president of GRID 202 Partners, a Washington, D.C.–based RIA, has become the first African American chair of the CFP Board. Elliott assumed the role of 2022 chair for the organization this week, succeeding 2021 Chair Douglas King.

In an interview with WealthManagement.com, Elliott said one of her priorities this year will be the CFP Board’s proposed revisions to its appeals process. In November the board opened a public comment period on proposed revisions that would create an appeals commission for adjudicating appeals hearings.

Appeals hearings for CFP professionals have been adjudicated by the board’s Code and Standards Enforcement Committee, but the revisions would create a commission of five members who do not sit on the board. She said the reconfiguration would allow the board to be more strategic and forward-facing.

“But by no means are we saying it’s not important, and by no means are we taking our eye off it from a board oversight perspective, we’re just getting some support,” she said. “I don’t think we want to have 30 board members, so this is a way we can make sure it’s being done in the appropriate way.”

Elliott currently serves with Grid 202 Partners, an RIA that works with high-net-worth individuals, endowments, foundations and business owners. She attained her CFP certification in 2013; she previously worked at Vanguard and Dimensional Fund Advisors. She serves on the Investment Committee for Philadelphia-based Women Against Abuse and is a member of the Association of African American Financial Advisors. Elliot was elected to serve as the 2021 Board chair elect in summer 2020 and will serve for one full year. (She will be succeeded by current Chair-elect Daniel Moisand in 2023.)

The CFP Board proposed revisions to its sanction guidelines in July of last year, before releasing its finalized version along with the proposed changes to the appeals process last November. With the changes, CFP professionals failing to report information potentially indicating misconduct within 30 days could be subject to a public censure. CFP professionals have until the start of 2024 before these new rules take effect, while the public comment period for creating a new appeals commission ended Dec. 14.

Elliott said she did not expect further developments from a governance perspective in the coming year, and said there’d be more emphasis on supporting enforcement, under head of enforcement Tom Sporkin, and stressing the importance of self-disclosure to the more than 92,000 CFP professionals.

When the sanction guidelines were first proposed, some critics feared the revisions would deter advisors from seeking the CFP designation altogether. While Elliott acknowledged the need for balance in making sure the board struck the right level of governance, she stressed that appropriate governance was a way to differentiate the certification from other financial planner designations.

“We can’t say we are the gold standard and have CFP professionals acting unethically, and are not being sanctioned or disciplined accordingly,” she said.

Elliott will also be focused on the CFP Board’s efforts to educate high school and college students about the value of the CFP mark. She said the board had focused on career changers or individuals already in the workforce, but it hoped to engage further with students in high school or college who didn’t know about the profession.

Elliott expected the board would identify several high schools and create an educational program combining financial literacy with touting the benefits of the financial planning profession. The board will also likely work with more historically Black colleges and universities (HBCUs).