Keynes’ law states that demand creates its own supply. British economist John Maynard Keynes (1883–1946) is the founder of Keynesian economics. He maintained that businesses will increase or decrease the number of workers they employ in order to produce as many goods as are demanded. Keynes assumed that the economy is typically producing at less than full employment; as long as there is any involuntary unemployment, everything that is demanded will be supplied.

Gresham’s law says that legally overvalued currency will tend to drive legally undervalued currency out of circulation. Coined in 1858 by British economist Henry Dunning Macleod and named for Sir Thomas Gresham (1519–1579), Gresham’s law is a monetary principle that informs currency markets. First based on the debasement of minted coins, the theory is more recently applied to the relative stability of different currencies’ value in global markets. The principle had been stated before Gresham by others, including Nicolaus Copernicus.

Hauser’s law is the proposition that federal tax revenues since World War II have always been approximately equal to 19.5% of GDP, regardless of wide fluctuations in the marginal tax rate. The proposition was first articulated in 1993 by William Kurt Hauser, a San Francisco investment analyst.

Named after British and American psychologists William Edmund Hick and Ray Hyman, Hick’s law describes the time it takes for a person to make a decision as a result of the possible choices he or she has; increasing the number of choices will increase the decision time logarithmically. All retailers understand Hick’s law: the more choices consumers have, the longer it takes to reach a decision.

Ockham’s Razor states that in explaining something, prefer the simplest explanation, the explanation that requires the minimum number of assumptions.

In economics, Okun’s law is an empirically observed relationship between unemployment and losses in a country’s production. Named after Arthur Melvin Okun (1928–1980)  who first proposed the relationship in 1962, the “gap version” of the law states that for every 1% increase in the unemployment rate, a country's GDP will be roughly an additional 2% lower than its potential GDP. The stability and usefulness of the law has been questioned.

Also known as the 80/20 rule, Pareto’s principle is named after Italian economist Vilfredo Pareto (1848–1923). The Pareto principle states that for many outcomes roughly 80% of consequences come from 20% of the causes. For advisors, the observation suggests that 80% of revenues derive from 20% of clients. Management consultant Joseph M. Juran popularized the principle in the context of quality control.

Parkinson’s law simply asserts that the amount of work required increases to the time available for its completion. It was the first sentence of a 1955 essay published in The Economist by Cyril Northcote Parkinson (1909–1993). It was later reprinted with other essays in his 1958 book Parkinson's Law: The Pursuit of Progress (London, John Murray, 1958).

The Peter principle was coined by Dr. Laurence J. Peter (1919–1990) in his book The Peter Principle. Peter observed that people in a hierarchy tend to rise to their “level of incompetence” because employees are promoted based on their success in previous jobs until they reach a level at which they fail and are no longer promoted. Peter initially intended the observation to be satire, but it became popular as it was seen to make a serious point about the shortcomings of hierarchical organizations.

Attributed to economist Jean-Baptiste Say, Say’s law (also known as the law of markets) observes that if businesses produce more output in a free market economy, the wages and other payment for productive inputs will provide sufficient demand so that there is no general glut. The reverse assertion was popularized by British economist John Maynard Keynes. Say (1767–1832) was a liberal French economist and businessman who argued in favor of competition and free trade.

An adage known in several forms, Hanlon’s razor suggests a way of simplifying explanations of human behavior. Leaders have learned that conflict is much easier to manage if the parties choose to attribute behavior to ignorance rather than malice. It is likely named after Robert J. Hanlon, who submitted the statement to a joke book. It is sometimes called Heinlein’s razor after a quotation in the 1941 novella Logic of Empire in which a character says, “You have attributed conditions to villainy that simply result from stupidity.”

Named after Dutch economist Petrus Johannes Verdoorn (1911–1982), Verdoorn’s law states that, in the long run, productivity generally grows proportionally to the square root of output. In economics, this law pertains to the relationship between the growth of output and the growth of productivity.

Harold Hotelling (1895–1973) observed that, in many markets, it is rational for producers to make their products as similar as possible. This is also referred to as the principle of minimum differentiation. He made this observation in the article “Stability in Competition” in The Economic Journal in 1929. The opposing phenomenon is product differentiation, which is usually considered to be a business advantage if executed properly.

Beckstrom’s Law purports to answer the difficult question of how valuable a network is.  According to Rod Beckstrom (born 1961), the law can be used to value financial, social and computer networks. The model values the network by looking from the edge of the network in. The model considers the value a network adds to each transaction by imagining the network being shut off and estimating what the additional transaction costs would be.

The Dunning-Kruger effect is a cognitive bias in which people with low ability at a task overestimate their ability. We see this in studies that show most motorists believe their driving skills are better than average. As described by social psychologists David Dunning and Justin Kruger, the bias stems from the inability of people to recognize their lack of ability. A corollary suggests that while low people of low ability overestimate their competence, people of genuine high ability underestimate their competence. 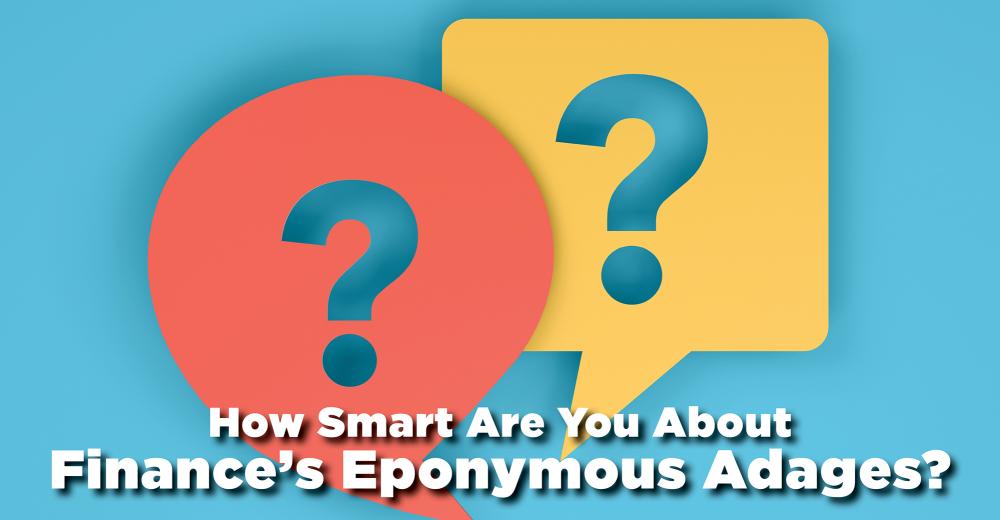