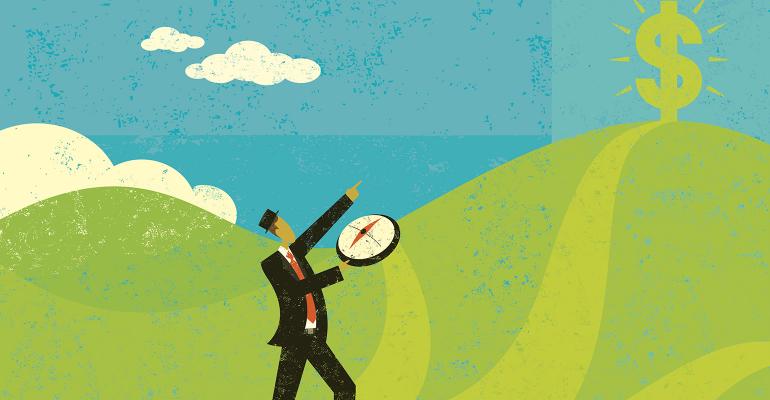 Advisors are bullish on the industry’s prospects for continued M&A, although challenges, such as a lack of confidence that the next generation can afford to buy them out, abound, according to a recent DeVoe & Co. study.

Valuations for registered investment advisor firms are at all-time highs, and nearly 40% of RIAs indicate that valuations were affecting their decision to consider a sale, according to DeVoe & Company’s 2019 RIA M&A Outlook Study, released Monday.

The San Francisco-based consulting firm and investment bank recently surveyed 168 RIA principals and found that overall, advisors are bullish on the industry’s prospects for continued M&A over the next several years. Sixty percent believe M&A will continue to grow over the next five-plus years, while 31% expect it to rise over a three- to five-year horizon.

Nearly three-quarters of principals in the $1 billion to $3 billion segment expect momentum to continue for the next five years.

The report added that the need for scale with technology would also drive increasing M&A activity.

Speaking at the Deals & Dealmakers Summit 2019 last week, Echelon Partners CEO Dan Seivert had a different view, arguing that RIAs in the sweet spot of the market are still “very attractive to buyers and are trading at way too low a cost.”

But both Echelon and DeVoe agree that valuations would drop steeply in the event of a stock market decline.

“Advisors who reflect on 2008 understand the market’s effect on valuations,” said David DeVoe, founder of DeVoe & Company. “At that time, valuations moved from an all-time high to an all-time low within a matter of months…as history shows us, steep market declines or sustained volatility can dampen M&A activity and have profound implications on business fundamentals.”

Hypothetically, if the Dow were to drop by 20%, firms could see a 70% loss in valuation based on margin compression and a drop in revenue, Seivert estimates.

Until then, valuations may stay at frothy levels, and that presents a challenge to next-gen advisors looking to buy out RIA founders. In fact, only about a third of RIAs are confident that next-gen advisors will be able to buy them out.

“There’s a new revelation that succession planning needs to start much earlier to account for timeframes when next-gen advisors can work up to an ownership stake,” DeVoe said. “If advisors wait too long, an external sale often becomes the only answer.”

Tim Kochis, a special advisor to DeVoe, says this should serve as a “wake-up call for those who seek to maintain independence. Start planning today. Start selling shares tomorrow….if you want to execute an internal sale, you need to start much sooner than you think.”

Advisors often underestimate the potential risks and barriers on the path to succession, the report argues. “We typically see that one in four advisors who are invited to buy shares, select not to do so. In other cases, simple fatigue of some version of annually scheduled buy-ins still surprise founders,” said DeVoe. “Either one of these situations can upset the apple cart, and suddenly founders will be grudgingly putting a ‘for sale’ sign on the front door.”

The report also noted that as advisory firms grow, the affordability dilemma is compounded: 56% of the firms surveyed who managed between $1 billion and $1.5 billion in assets considered it the case, while 27% of firms between $250 million and $500 million said so.

But advisors are now more open to being acquired, with half of respondents citing a willingness to be acquired now and only 33% saying they were amenable to the option two years ago.

“Rising costs, particularly technology, make me not want to go at it alone,” said one advisor quoted in the report.

Seventy-one percent of those polled said they are contemplating succession as part of the decision to sell, while 51% said both succession and growing in scale were motivators.

Finally, more than half (54%) said they would acquire in the next two years, with larger firms (those with over $1.5 billion in assets) expecting to acquire more.