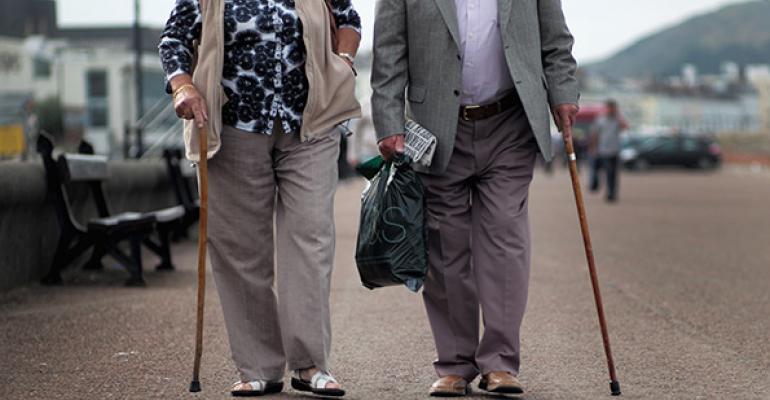 A study of broker/dealers' senior practices, more than 1,500 Fidelity employees accept buyouts, and NFL alumni get a new advisor.

The North American Securities Administrators Association (NASAA) released a telling study of how broker/dealers are equipped—or not—to handle suspicions of financial fraud, abuse or dementia among their senior investors. Based on a series of exams at 39 individual broker/dealers, the NASAA found more than half (54 percent) lacked a formal definition of who even classifies as a "senior" customer, yet 90 percent had either a dedicated team, or at least an internal process in place, for dealing with suspicions of elder abuse or instances of diminished mental capacity when it arises. When individual cases where escalated in a firm, 62 percent of the time the situation was referred to adult protective services. Rarely (4 percent of the time) were cases referred to local law enforcement. While it's laudable most firms have procedures in place to handle these cases, only 41 percent had developed a simple form where elderly clients had identified a trusted contact person. Close to 1,500 employees of Fidelity Investments, most over 55 and with more than 10 years at the company, voluntarily accepted a buyout package and left the firm at the end of June (subscription required), according to the company. Adam Banker of Fidelity Brokerage Services said the move would not affect business operations in the company’s institutional business or services for independent financial advisors. “We had a very well thought out plan for this voluntary buyout, which included time for transitioning work…Fidelity reviewed all applications to ensure critical business needs were addressed.” The company offered buyout packages to over 3,000 employees last February under a cost-cutting program led by CEO Abigail Johnson, the first time the company has made such a move, according to the Boston Globe. Some critics, such as AARP senior vice president Jean Setzfand, believe that “organizations whose staffing decisions are focused on some perceived value in ushering older workers out the door are shortsighted because these same organizations may find themselves missing the skills and characteristics many older workers bring to the workforce.” Chris Borland retired from the NFL at age 24.

Financial advisor Stephen Schwartz is joining his brother, Michael Schwartz, as an exclusive wealth management advisor to the NFL Alumni Association. Both advisors work for Northwestern Mutual and are based in New York. Michael has provided current and former players, coaches and employees with financial advice since March 2016. "As players transition to new careers and plan for their futures after their playing days have concluded, maintaining financial stability can be difficult," said Elvis Gooden, president and CEO of NFL Alumni. Members of the association can receive a free consultation from one of the advisors.