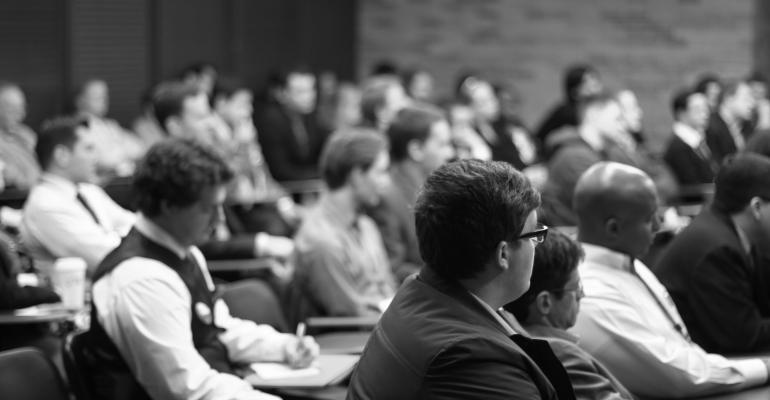 Students are concerned about the industry’s negative perception, Orion debuts Compass app and Stifel’s takeover of Ziegler is a done deal.

Firms often look to financial planning programs for bright talent, but many of the students in these programs are worried about the industry’s image. Forty percent of students enrolled in Texas Tech’s personal financial planning and economics divisions said they were concerned about broader negative perceptions about the industry, according to a new survey by Advisor Group, the network of independent broker/dealers. The firm conducted the survey, through a strategic partnership with Texas Tech, to inform its next generation of recruitment strategy. The survey found that students prioritized purpose, with 38 percent citing the ability to help others and 34 percent citing being part of a dynamic industry, as more important than their compensation package (30 percent). In addition, technology was not as important to these young professionals as you might think, with half of them ranking it as the least important factor informing their future career choices. Orion, a portfolio management technology company for registered investment advisors, debuted a new software application on Tuesday that automates compliance tasks. The app, called Compass, uses “thousands” of data points from Orion and its partners and automatically mines and queries the information needed to fulfill audit requirements. The company said the app will help compliance officers scale their responsibilities and make them more efficient. Stifel Financial announced on Monday that it completed its acquisition of Ziegler Wealth Management. Stifel announced its plans to acquire Ziegler, with 55 advisors and about $5 billion in assets in five states, in October 2017. At the time, Stifel CEO Ron Kruszeweski said the deal was part of the firm’s growth strategy. “We are excited to welcome the team from Ziegler to our wealth management platform,” Kruszewski said. “The addition of more than 50 talented financial advisors further solidifies Stifel’s presence in the Midwest as well as adding advisors to growing markets in Arizona, Florida and Virginia.” Ziegler, which was founded in 1902, is headquartered in Chicago.