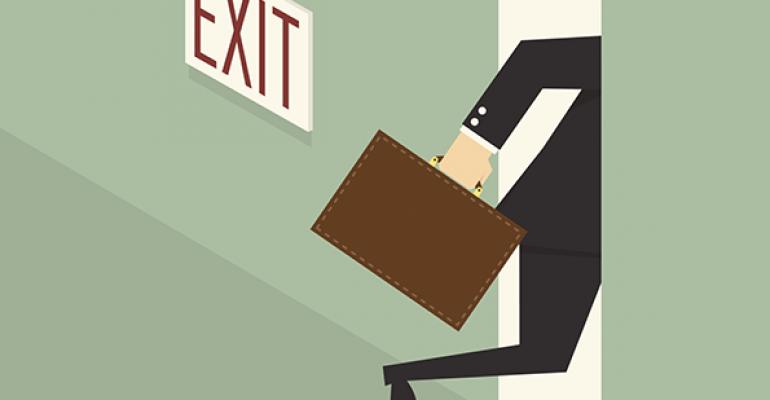 Despite advances, assets in dual-contract managed accounts continue to grow at a rapid pace, thanks primarily to advisor movement, according to a new Cerulli report.

The dual-contract structure for separately managed accounts was a popular business model in the mid-1970s. Under the structure, the client signs a contract with both the advisor as well as the money manager the advisor uses for at least part of the client's portfolio. It fell out of favor as sponsors negotiated fees and minimums with the money managers and technology allowed SMA managers to trade multiple accounts from different sponsors through one portal, according to a new report by Cerulli Associates.

So it's odd that assets in dual-contract accounts have actually risen from $129 billion in 2008 to $406 billion at the end of the third quarter 2016, according to Cerulli. The reason? Inertia in long-standing account relationships combined with a more fluid advisor workforce—advisors are changing firms more rapidly than they are changing money managers.

“Financial consultants dislike changing subadvisors when moving from one firm to another because that requires reaching out to their clients to justify the switch,” said Tom O’Shea, associate director at Cerulli. “Advisors fear that changing asset managers might prompt clients to wonder whether the transition is in their best interest or the advisor’s.”

Often, an advisor will move to another firm whose consulting group does not contract with the advisor's favored separate account manager. If the new firm refuses to accommodate the manager, the advisor will resort to a dual-contract relationship, Cerulli says.

“With the movement of financial consultants between firms strong, asset managers will find they need to accommodate important advisor clients through dual-contract accounts,” O’Shea said.

The wirehouses and RIA custodians are the top providers of dual-contract accounts. Breakaway brokers moving to the RIA channel have caused Schwab’s Managed Account Marketplace and Fidelity’s Separate Account Network to grow to $69 billion and $36 billion in dual-contract assets, according to Cerulli. Fidelity’s dual-contract platform has grown the most, with a 30 percent compounded annual growth rate for the last five years.

The growth in dual-contract assets is also being driven by high net worth RIAs and multi-family offices that prefer the structure, Cerulli says.

“HNW RIAs and MFOs are attractive to asset managers because the portfolios managed for their clients are stable; there is very little turnover in their holdings, and the relationship among client, advisor and separate account manager is long-lasting,” Cerulli writes.

The Department of Labor’s fiduciary rule, effective in April 2017, could drive the continued use of dual contracts. Rather than hiring more employees to handle due diligence on managers, many broker/dealers are reducing the number of managers and products they allow on their platform.

“With fewer managed account portfolios approved for the major sponsor platforms, asset managers may find themselves squeezed out of single-contract programs and forced to accommodate more dual-account relationships,” Cerulli says.