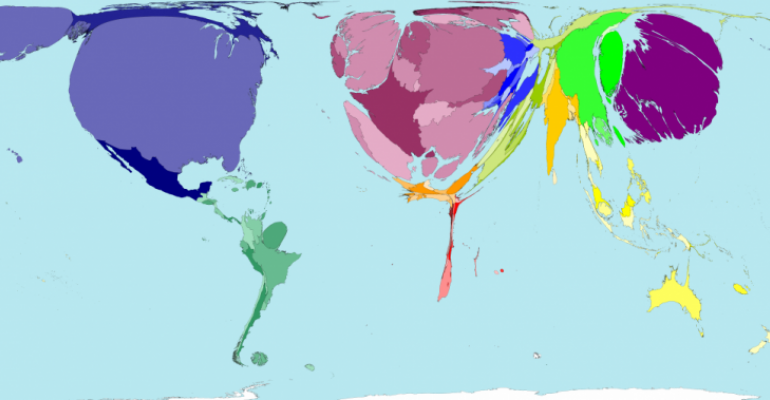 If Bank of America has decided that overseas business is too risky, then overseas business conducted in the U.S. is doubly so, say former Merrill international executives. U.S. advisors may not be intricately familiar with the rules of the countries where clients live, or even be licensed there, and a sale of the offshore wealth division would mean letting go of a lot of in-country expertise. &nbsp;

It’s been nearly two months since news leaked that Bank of America was looking to sell Merrill Lynch’s overseas wealth management business. Bank of America won't comment and no deal has been announced, but industry sources and a number of former Merrill international executives say it’s an open secret. Merrill believes the risks of advising money overseas don't merit the profits, the executives say.

The sources point to Merrill’s recent decision to end its long-time partnership with CapGemini to produce the well-known annual World Wealth Report as a sign the international business is on the block (Merrill simply says they have more research than they can process after being acquired by Bank of America.) Potenital buyers include RBC Wealth Management. On Tuesday, RBC's CFO Janice Fukakusa said the firm is looking to buy wealth management firms in emerging markets, and the firm replaced Merrill Lynch as CapGemini's partner in the World Wealth Report in early May. Other possible buyers include Barclays and HSBC.

If Bank of America has decided that the overseas business is too risky, then the non-resident client business conducted in the U.S. is doubly so, the executives say. U.S. advisors may not be intricately familiar with the rules of the countries where clients live, or even be licensed there, and a sale of the offshore wealth division would mean letting go of a lot of in-country expertise.

“American banks have almost a zenophobia,” says one former Merrill international wealth management executive. “If you’ve been in this business and you know it, the red flags that people raise in this business are ridiculous. For example, ‘Oh, they live in Ecuador.’ People don’t understand that there are very legitimate families and business people in these countries. If you go into Columbia and you’re working with families with very legitimate businesses, say, someone who owns beer distributorships and is very wealthy. If you go to go cocktail party with them, you’re not going to be at a cocktail party with narcos.”

The key to making international wealth management business work is knowing your client and knowing the source of funds. “You have to have a zero tolerance policy,” says one former Merrill executive. “We kicked out narcos, dictators, politically exposed persons (often called PEPs). Frankly a lot of them ended up at Swiss banks.” In offshore, there’s black money, which is associated with crime, and gray money, where you don’t know the tax status, but the funds are legitimate.

Some firms have gotten burned, of course. Wells Fargo took a $160 million hit a few years ago to settle money laundering charges, “but they were working with casas de cambio (money exchange houses) in Latin America, and everybody knows you don’t work with those,” says the executive. Casas de cambio are typically used to launder drug money, he explains.

What has happened, he says, is that institutions have become less comfortable with the offshore businesses and so it has begun to contract, and as it contracts it makes less financial sense. “Compared to all of Bank of America’s other businesses, this is a rounding error, so they ask, ‘Why should we take a risk for a rounding error?’ Bank of America is going to think, ‘oh, these risky foreign accounts,’ and yet look at the condo loans they did in Miami and Las Vegas! Things have been blowing up.”