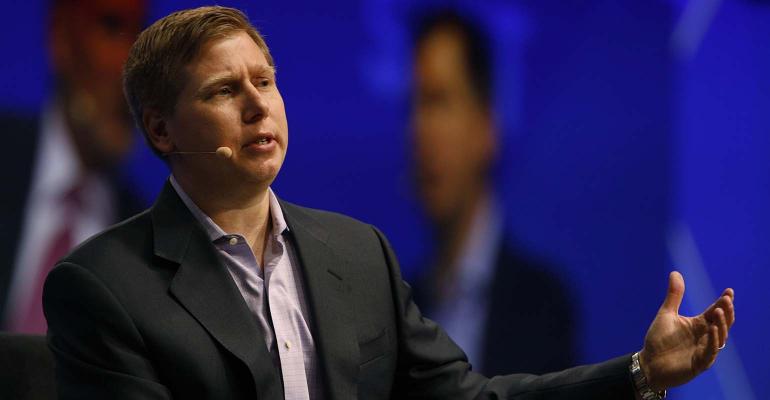 The company run by Barry Silbert is dealing with changes and challenges within some of its biggest subsidiaries following the sudden collapse of FTX.

(Bloomberg) -- Cryptocurrency conglomerate Digital Currency Group closed its wealth-management division, the latest sign of trouble amid a deep and prolonged slump in the crypto industry.

The Stamford, Connecticut-based firm, which controls asset manager Grayscale Investments and brokerage Genesis, among others, is dealing with numerous issues: it had dismissed 10% of its staff toward the end of last year. Genesis also eliminated more than 60 positions in what amounted to 30% of its workforce.

As part of the latest changes, DCG shuttered its wealth-management division called HQ, a company spokesperson confirmed. The closure was first reported by The Information.

“Due the state of the broader economic environment and prolonged crypto winter presenting significant headwinds to the industry, we made the decision to wind down HQ, effective January 31,” a DCG spokesperson said in an emailed statement. “We’re proud of the work that the team has done and look forward to potentially revisiting the project in the future.”

Crypto Firm Genesis Said to Warn of Bankruptcy Without Funds

The company run by Barry Silbert is dealing with changes and challenges within some of its biggest subsidiaries following the sudden collapse of FTX, one of the world’s largest crypto exchanges, toward the end of 2022. Genesis has been trying to raise fresh cash for its lending unit, though some investors approached for the lifeline have balked at the interconnectedness between Genesis and other related entities that are part of DCG. Genesis has warned that it might seek bankruptcy protection.

Gemini customers haven’t been able to access funds in a lending product called Earn, which offered investors the potential to generate as much as 8% in interest on their digital coins. It did so by lending them out to Genesis Global Capital, one of the companies controlled by Digital Currency Group.

Winklevoss asked Silbert to “publicly commit to working together to solve this problem,” which he says affects more than 340,000 Earn customers, by Jan. 8. He didn’t say what would happen if no agreement was reached by then.