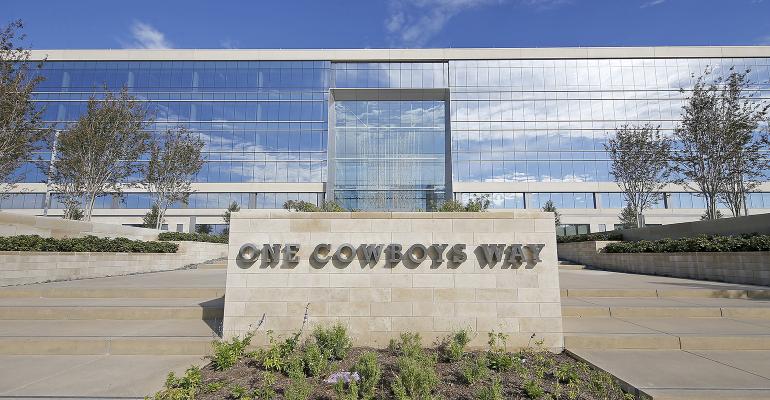 The Dallas Cowboys Have a New Neighbor: RBC Wealth Management

RBC Wealth Management U.S. leased a new 8,800-square-foot office space in The Star in Frisco, Texas, where the NFL’s Dallas Cowboys are headquartered. The brokerage said the building’s top amenities and location were among the reasons it chose to move there. It will also allow more room for the local office to grow, which RBC Wealth Management planned to do as a whole in 2017. Along with new offices and leadership, in October, the brokerage also hired Michael Parker, a former executive vice president and chief development officer at HighTower Advisors, to be head of its recruiting. Grove, a hybrid robo advisor that pairs investors with financial advisors and a chatbot, recently raised $2.1 million in seed funding, TechCrunch is reporting. Founded by Chris Hutchins, who co-founded Milk with Kevin Rose and was a partner at Google Ventures, Grove is an alternative to both the traditional financial advisor and traditional robo advisor. For $600 a year, Grove pairs investors with a real-life CFP who reviews their finances and helps them come up with a plan. Then, the technology kicks in. The service, for instance, will message clients reminders to make sure they’re staying on track with their financial plan. Grove asks users to connect as many financial services as possible to their platform to get the best view of their finances, including credit cards and investment accounts. It does provide its own investment service, charging 0.25 percent of AUM to manage client investments automatically. Otherwise, investors can just manually make the trades and reallocations Grove suggests.

For the Love of Money

Money may not be able to buy love, but according to a recent survey by the National Financial Educators Council, it likely has an impact on who you’re attracted to. When faced with the prompt: “In my most recent romantic relationship, we shared money attitudes and habits that were ...” roughly 67 percent of respondents answered either “very similar” or “somewhat similar.” Slightly less surprising is that money can also have a large impact on the course of a relationship, as when asked the question “In my past and current romantic relationships, discussions about money generally have had a ...,” but twice as many respondents answered positively as opposed to negatively (40 percent and 20 percent, respectively). Some food for thought while thinking about how much to spend on that special someone this Valentine’s Day.