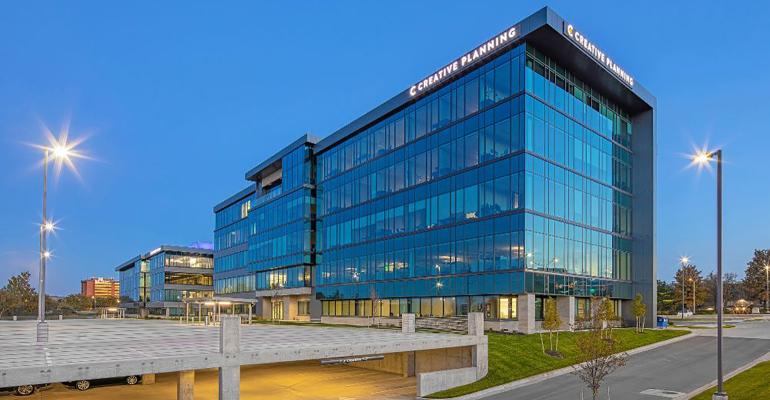 Creative Planning, an independent registered investment advisor in Kansas City, Kan., acquired a retirement division with $6 billion in assets under management from IRON Financial, a Northbrook, Ill. investment firm, according to a Wednesday announcement. The acquisition continues Creative Planning’s acquisition spree from 2020.

“They work in a part of the 401(k) space that we don’t presently work in,” said Peter Mallouk, CEO of Creative Planning in an interview. “They work with a lot of government agencies, so it opened up a whole new avenue for us.”

Creative Planning works primarily with direct-write plans where it serves as the fiduciary, third-party administrator and the advisor. IRON’s retirement business does the same, but it also works with other advisors, serves as a fiduciary on their plans, and opens Creative Planning’s services up to a bigger clientele, added Mallouk.

Former bond traders, Howard Nixon and Aaron Izenstark, started IRON Financial in 1994. After 25 years of growing the practice on their own to thousands of accounts and billions in assets, the firm wanted to broaden its offerings to clients.

“We knew it was time to expand our scale and offering,” said Richard Friedman, head of corporate retirement services at IRON Financial, in a statement. “Creative Planning stood as the clear choice for us. This helps us serve our clients and team better by providing a broader investment policy and research team, expanded technology, greater scale and more services.”

Details of the asset purchase were not disclosed.

IRON Financial’s retirement division is Creative Planning’s first acquisition announcement for the new year, but it won’t be its last, said Mallouk. The firm is in talks with 40 or so firms with assets under management between hundreds of millions to $5 billion. 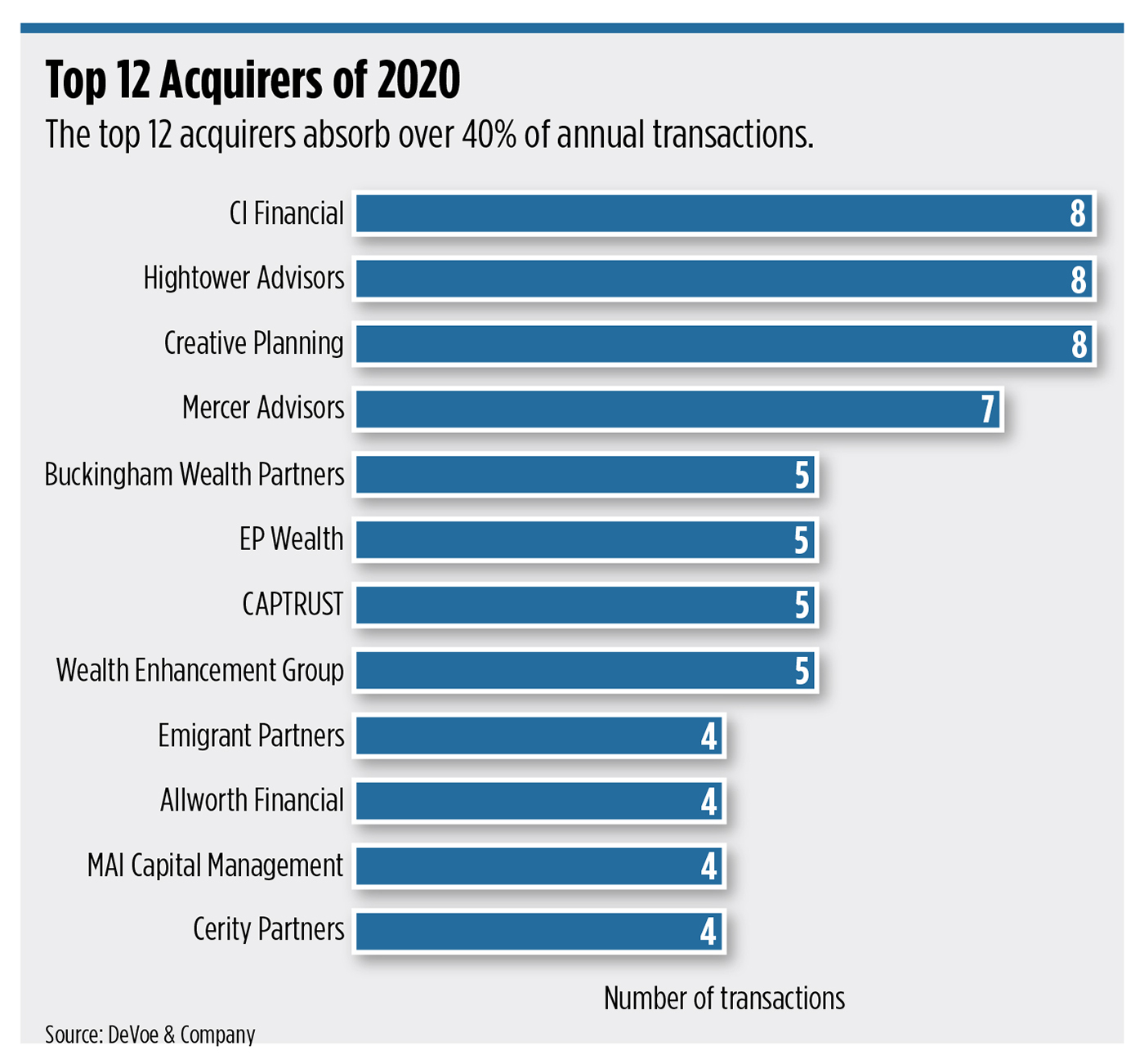 DeVoe & Company forecasted that a new wave of firms between $500 million and $1 billion would enter the market this year following the record-breaking number of deals made in 2020. Though Creative Planning absorbs firm’s as small as $126 million in AUM and as big as $2 billion, according to DeVoe, it’s the mid-size firms that will help it gain the remaining $11 billion it needs to reach its goal of $80 billion possibly by the end of the year.

“I would be very disappointed if we weren’t there this year,” Mallouk said.

Creative Planning announced it acquired four firms in 2019 and managed $43 billion in AUM. In 2020, the firm took a minority investment from private equity firm General Atlantic and acquired eight more firms, making it a top three acquirer with Hightower and CI Financial.