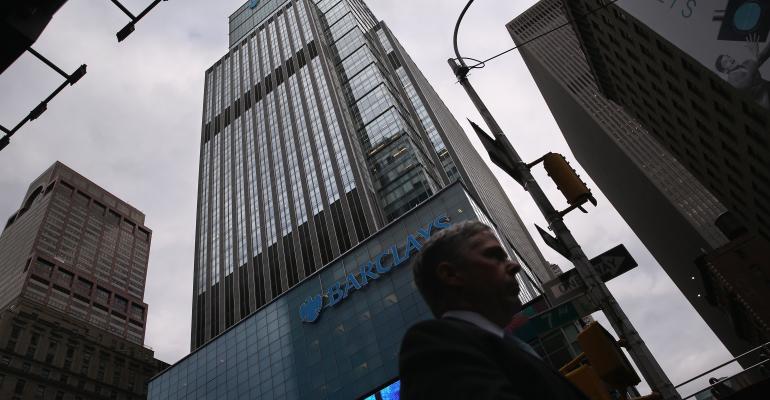 The Financial Industry Regulatory Authority on Tuesday ordered Barclays Capital to pay a $3.75 million fine and refund its customers more than $10 million after the regulator found the firm failed to properly supervise the sale of mutual funds.

FINRA claims Barclays failed to have proper safeguards in place to prevent a wide array of unsuitable mutual fund transactions, particularly around switching and applicable breakpoint discounts that were not provided to customers. The regulator found the firm’s compliance and supervision systems incorrectly flagged mutual fund switch only when three separate transactions occurred during a set timeframe. Because of that policy, FINRA says Barclays failed to act on thousands of potentially unsuitable transactions, as well as failed to institute proper reviews and did not send out disclosure letters to customers around the costs of the transactions at issue.

Barclays’ inadequate supervision policies violated FINRA rules, which require brokerage firms “ensure that any recommendation to switch mutual funds be evaluated with regard to the net investment advantage to the investor,” the regulator said Tuesday.

During the full five-year period between January 2010 and June 2015 during which FINRA claims the inappropriate mutual fund recommendations were being made, Barclays was responsible for more than 6,100 unsuitable mutual fund switches that resulted in $8.63 million in customer losses.

FINRA also found, as part of the supervisory system failures, the firm did not provide eligible brokerage customers with breakpoint discounts and also failed to provide proper guidance to its managers to ensure that customers’ mutual fund transactions were suitable based on previously stated risk tolerance and investment goals.

“The proper supervision of mutual fund switching and breakpoint discounts is essential to the protection of retail mutual fund investors, and this case highlights FINRA’s commitment to ensuring that firms meet these obligations,” Brad Bennett, FINRA’s executive vice president and chief of enforcement said in a statement Tuesday.

Barclays agreed to settle the case for $13.75 million without admitting or denying Tuesday’s charges.