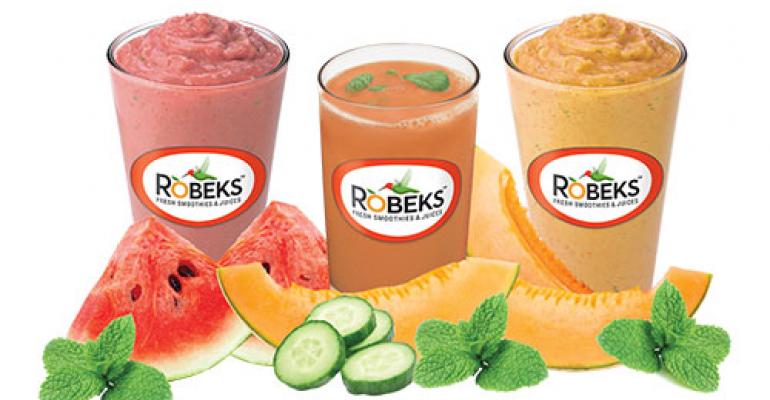 He confronted employees after a mistaken drink order sent his peanut-allergic son to the hospital.

Bank of America Corp. ousted a financial advisor after police arrested him for a racially charged tirade at a smoothie shop in Connecticut that was caught on video and viewed millions of times on social media over the weekend.

The incident at a Robeks outlet Saturday began when James Iannazzo ordered a drink without peanut butter for his son, who has a peanut allergy, according to a statement from the Fairfield Police Department. He left the store, but returned to confront employees after his son had an allergic reaction that sent him to the hospital, police said.

A video shot from behind the counter shows a man shouting and using expletives, and throwing a drink at an employee. “I want to speak to the f---ing person who made this drink,” the man can be heard saying in copies of the video on TikTok and Twitter that were widely cited in media reports. “You stupid f---ing idiot,” he said, later adding “You f---ing immigrant loser.”

An attorney for Iannazzo said his client “wholeheartedly regrets the incident that took place” and isn’t a racist. By Sunday, Bank of America said Iannazzo, 48, was no longer at Merrill Lynch Wealth Management, where regulatory records show he’s worked since at least the mid-1990s.

“Our company does not tolerate behavior of this kind,” company spokesman William Halldin said in a statement. “We immediately investigated and have taken action. This individual is no longer employed at our firm.”

Iannazzo’s lawyer, Frank J. Riccio, wrote on Twitter that his client had “stressed to the staff that the product must not contain peanuts,” and that his receipt showed it shouldn’t have peanut butter. Riccio said the son had a “severe allergic reaction” and was taken to the hospital by ambulance.

“When faced with a dire situation for his son, Mr. Iannazzo’s parental instinct kicked in and he acted out of anger and fear,” the lawyer wrote. “He is not a racist individual and deeply regrets his statements and actions during a moment of extreme emotional stress.”

Riccio declined to comment on his client’s departure from Merrill.

According to the police report, Iannazzo asked that the drink be made without peanut butter, but never told the shop’s workers about his son’s allergy. Employees repeatedly told Iannazzo to leave, but he stayed and continued yelling insults, according to the police. He also tried to open a locked door to a staff-only area. He left before officers arrived and later turned himself in.

He was charged with intimidation based on bigotry or bias, trespassing and breaching the peace, according to the police. A court appearance was set for Feb. 7.