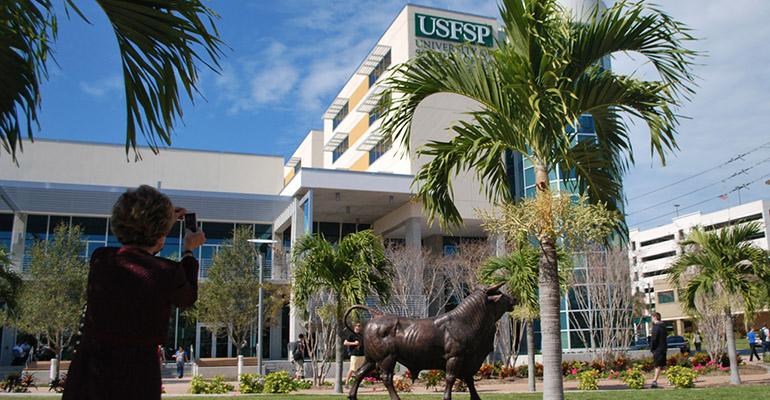 The Bank of America Charitable Foundation is donating $500,000 to the University of South Florida St. Petersburg’s new Merrill Lynch Wealth Management Center, unveiled Thursday. It’s one of the largest corporate grants USF St. Petersburg has ever received, according to the Tampa Bay Times, which first reported the donation. Half of the donation will go toward financial literacy in the form of courses and programs for high school and college students, as well as the general public. The other half will be used to support personnel and faculty running the classes at the center. Many young people have started businesses in tech, and done quite well for themselves. Others have failed, and simply started over. But finance is a different animal, says Blackstone CEO Steve Schwarzman; if you fail at a new business, there’s money at stake. Failure is not an option, and that’s why the private equity giant cautions young people against starting their own businesses in finance. “It’s not for 22 year-olds or 26 year-olds,” he told Yahoo Finance. I’ve watched over my career really gifted people who are 26 saying, ‘I want to go out and start my own business.’ And I said, ‘You haven’t seen enough bad things yet. You don’t have a really sophisticated understanding of risk and things that can go wrong that could really hurt you.’” To be successful, one needs experience, he argues, or to have something unique. “You want to have something unique, a different take on what’s going on in the world and you have to be right. And you have to be psychologically prepared to take lots of problems because there’s nobody else to rescue you like there is in another place.” RMB Capital, an independent investment advisory firm headquartered in Chicago, is opening a new office in Minneapolis-St. Paul, Minn., to serve existing clients and continue to grow its presence in the area. Chris Bach, a Minnesota native who was working for RMB Capital in Chicago, was promoted to vice president and will head up operations at the new office. RMB Capital has a total of nine offices across the the U.S. and more than $9.3 billion in assets under management.