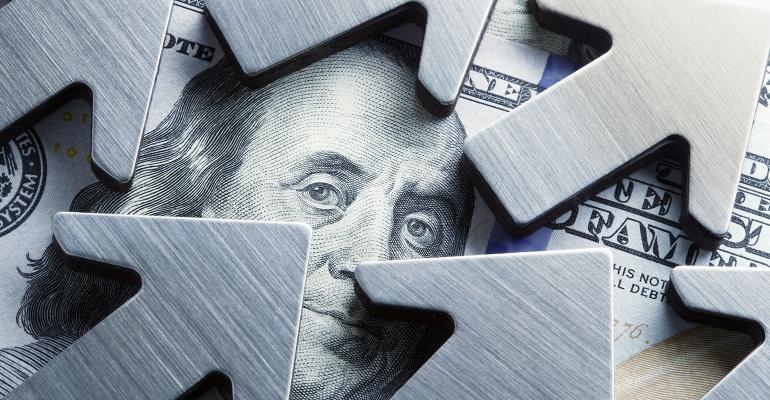 As RIA M&A activity returned to normal over the past few months, small firms are seeing higher valuations while sellers are pushing for deals to get signed before a possible Biden presidency

Amid the flood of acquisitions in the RIA space in recent months, observers say deal structures—impacted earlier this year by the COVID-19 pandemic and the brief market disruption—are returning to 2019 levels. Smaller practices are being offered valuations once reserved for larger firms, even as many players are pushing to get deals closed by the fourth quarter out of a concern that a victory in the presidential election by Vice President Joe Biden would usher in higher capital gains taxes in 2021.

While terms of individual deals are rarely made public, observers in the M&A space said the trends have emerged since a pause in dealmaking earlier this year. “We’ve seen an abrupt return since mid-May to aggressive deal structures,” said Dan Erichson, an investment banker with Park Sutton Advisors in New York. “Top offers right now involve deal structures that very often involve sellers receiving 80% or more of the total consideration within the first year. Sellers are receiving extremely competitive offers from multiple buyers, and the buyers who are losing out on some of these deals can’t believe it,” he said.

Related: Nearly $13B Changed Hands in RIA M&A in August

Erichson said higher upfront payments, fueled by intense competition among buyers, were the norm at the close of last year. Some buyers temporarily got more cautious in the early months of the COVID-19 pandemic and retrenched, he said, but as the equity markets started returning to normalcy in May, buyer confidence returned.

The total number of deals announced for the third quarter is still being tabulated, but M&A consultant Dave DeVoe of San Francisco-based DeVoe & Company said earlier this week that he has so far counted 36, which would be an all-time record, and expects to nail down north of 40.

Unsurprisingly, deal activity dominated by the usual suspects—large, deep-pocketed aggregators such as Rudy Adolf’s Focus Financial Partners, Peter Mallouk’s Creative Planning, Dave Welling’s Mercer Advisors and Bob Oros’ Hightower have each made a string of deals between June and August, not to mention those that have come to light over the past few weeks. Focus announced two deals during the period for $3.15 billion in AUM. Creative Planning was responsible for another four, hauling in $2.3 billion in AUM. Mercer managed to add $1.8 billion in AUM with four deals, while Hightower grew by $8.8 billion in AUM during the period via three acquisitions.

Some in the industry are suspicious of such aggressive acquisition activity from investment-focused firms.

“The last few years have seen a rise in the percentage of cash at closing primarily driven by the sponsor-controlled aggregator platforms that need to grow via M&A over a short period of time,” said Karl Heckenberg, president and CEO of New York-based RIA investor Emigrant Partners, a minority investor in advisory firms. “The amount of risk borne by these buyers seems to be their primary differentiator from the more responsible, employee-controlled RIA buyers.”

Erichson noted that part of what is fueling the increased competition for deals is the growing importance of multiple arbitrage that has accompanied private equity’s increasing presence in the space.

For example, he said, Captrust, a leading aggregator, announced in June an investment from private equity investor GTCR in a deal rumored to be valued at 21 times EBITDA. A number of other aggressive acquirers are also backed by private equity, including Mercer Advisors (Genstar, Oak Hill), Cerity Partners (Lightyear Capital) and Wealth Enhancement Group (TA Associates).

These large acquirers, Erichson said, can afford to bid up multiples, because once a deal closes, the seller’s earnings are valued at the higher multiple of the acquiring firm.

Leading players in the industry still see room for growth in valuations, especially since the COVID-19 pandemic has not taken the floor out from under the stock market, and RIAs have proved to be resilient, with consistent earnings.

Sellers are also paying close attention to the upcoming presidential election, said many deal observers. Many of the sellers who have come to market at various points this year, but haven’t yet closed, began aggressively pushing for an outcome by the end of 2020 under a fear that a Biden administration would raise capital gains taxes, according to DeVoe.

“If you’re a seller, it is a way to mitigate the risk of potentially increased capital gains rates negatively impacting net sale consideration should Biden be elected,” said Erichson.