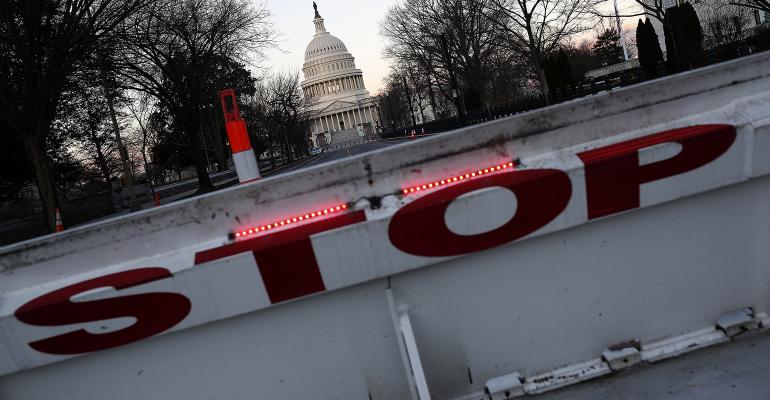 The Paycheck Protection Program is aimed to help assist small businesses retain employees, but advisors have joined others in navigating changing guidelines and ran into immense demand.

As the Paycheck Protection Program (PPP) began last week, the federal government hoped to stem the economic wreckage of the spread of COVID-19 in the United States by enticing small businesses to keep their employees on payroll during the worst of the storm. However, the size, scope and complexity of the program—and the speed with which it was rolled out—has led to numerous delays from banks and other Small Business Administration (SBA) lenders.

Registered investment advisors and firms are interested in helping clients who own small businesses navigate the possibility of securing a loan, but many also applied for loans of their own. Some experienced long wait times on the phones with lenders, if they could get through at all. It remains to be seen how quickly applications can be processed.

Small advisors with a fairly lean head count may not have a huge difficulty in keeping employees through June 30 (or bringing them back beforehand) to qualify for the loan forgiveness, according to Scott Smith, a financial planner with Alloy Financial Services. However, he stressed that the unclear guidance at the outset made it difficult for lenders and applicants alike, including questions surrounding the $100,000 per-employee cap on compensation; did that include salary and wages alone, or did it also include health and retirement benefits?

“Because of all this confusion, borrowers, advisors and banks are all over the board on how to calculate the amount of the loan and therefore on the documents required to support the application,” he said, noting that he’d seen five different documentation checklists from the five banks he worked with most often. “The confusion over how to calculate the loan and what is required to confirm that calculation has to have contributed to the delays we’ve seen from more conservative lenders.”

While advisors’ questions mostly concerned qualification requirements and how to calculate the loan amount for their firms at the start, Harris Baltch, the head of Dynasty Capital Strategies at Dynasty Financial Partners, said advisors were now asking whether they had properly filled out their application and when they could expect to hear from the bank about next steps. Baltch said Dynasty was serving as a conduit for its RIAs (and their clients) to the financial institutions it partnered with, facilitating the applications for PPP loans.

Baltch cautioned that RIAs were not immune to the economic turmoil, saying that clients may be heavily relying on them at this moment. Many of those clients could be entrepreneurs or small business owners, finding it difficult to keep their own businesses afloat (which could have an impact on RIAs’ revenue streams). He urged RIAs waiting for responses on loan requests to remain patient, citing the immense number of applicants for the loans.

“There’s a lot of talk right now of the overall capacity; how much can even the best SBA lender handle?” he said. “And are there enough funds to handle small businesses’ needs even if you’re able to provide those funds overnight?”

“The reasoning behind applying is pretty straightforward,” Kashif A. Ahmed, the president of American Private Wealth, said. “The reason for the difficulties is because banks even now don’t have much in the way of guidance on the loan program from the federal government, so they are hesitant to engage with borrowers, because they don’t know how to process the loans and what the parameters for lending are.”

The PPP loans are eligible to companies with fewer than 500 employees and are primarily intended to help small businesses keep employees on staff (though the loan can also be used for certain other expenses, such as mortgage interest, rent and utilities). Independent contractors are also eligible, with a loan amount of 2.5 times the monthly payroll, up to $100,000 per employee. However, the loan is forgivable only if 75% of the loan is used toward payroll for the eight weeks after it’s dispersed, if payroll head count remains the same, if employees don’t have a 25% drop in their pay and if your employee head count is the same by June 30, even if people were let go in the interim.

MarketCounsel President Brian Hamburger said the program was “terrific,” though urged advisors to evaluate whether the program could be right for them. By taking the loan, advisors would not be eligible for the Economic Injury Disaster Loan (another SBA program), nor would they be eligible for a payroll tax credit included in the CARES Act.

Additionally, if firms do apply and want to have the loan forgiven, they need to stringently document how the funds were used to show they complied with the guidelines; Hamburger urged firms to establish a separate bank account that will house the proceeds of these loans and that the loans be dispersed specifically for the expenses included in the law.

“If they’re not retaining records along the way, it becomes a short term low interest loan,” he said. “It’s fine, but it’s not the same as a tax-free forgivable loan.”

While banks, borrowers and lenders were initially confused with guidelines from the federal government that seemed ever changing, Rick Dennen, a founder, president and CEO of Oak Street Funding, which lends to RIAs, said people’s understanding of the loan’s parameters was improving “hour-by-hour.” Some applicants were actually sending in applications as quickly as possible, even if the additional documentation was incomplete, in order to have the process started.

Dennen also found that the percentage of applications from RIAs was lower than what he was seeing in other industries, even though smaller RIAs with paraplanners or administrative assistants on staff were all impacted by the economic standstill. Dennen surmised that the fee-based business model of RIAs may put them in a better place when contrasted with other fields.

“They still have a recurring revenue stream,” he said. “It might be a bit lower, but it’s not shut off like some restaurants.”

Congress is weighing an additional stimulus package, and the Federal Reserve is even temporarily lifting restrictions levied in 2018 on how much Wells Fargo can loan to small businesses. Some want more significant changes; in a series of tweets this morning, Sen. Elizabeth Warren (D-Mass.) urged the government to make the PPP loans grants instead, arguing that Congress had to simplify the PPP loan process for small business applicants.

But Dennen stressed that the system was improving, saying the process was far easier than just a number of days ago. The application was only two or three pages, he said, as opposed to the more onerous process of a typical commercial loan.

“The amount of information needed up front is very narrowly focused on payroll and trying to keep people on the payroll, and keep people employed,” he said. “It’s a narrow focus and you can get through it pretty quickly.”