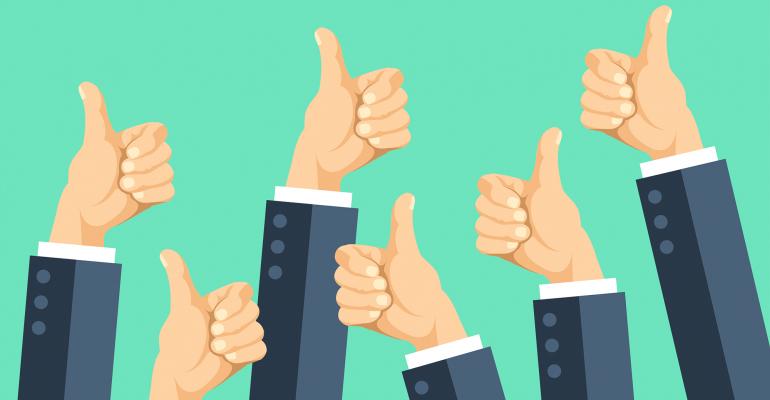 The markets in 2018 ended with a whimper, but advisors say their businesses thrived, with productivity up 12.4% and assets under management up 11%, according to our annual IBD Report Card.

With the Department of Labor’s fiduciary rule in the rearview mirror, independent broker/dealers were able to shift more of their attention in 2018 toward their advisor base, focusing again on technology, service, recruiting and product platforms, among other things.

Yet, the changes were incremental. Every year, as we conduct our annual Independent Broker/Dealer Report Card survey, we struggle to tease out trends and distinctions between firms, especially when advisor satisfaction remains largely unchanged, and at fairly high levels overall. In large part, advisors are happy with their affiliations.

The annual survey asked advisors from independent brokerages to rate their firms, from 1 being unacceptable to 10 being outstanding, on a variety of factors. On average, advisors rated their overall experience at their firms a 9.1, up just a pinch from 9 in last year’s survey.

The S&P 500 was down 6% last year, thanks to a brutal fourth quarter, yet advisors’ overall businesses thrived, with productivity up 12.4% and assets under management up 11% for the year, according to the survey. It remains to be seen if the fourth quarter losses will impact next year’s analysis.

The dramatic shift toward fee-based business in the IBD space remains a standout metric, with 83% of advisors saying they consider themselves fiduciaries, up from 49% in 2014. An average 56% of an IBD advisor’s business mix is asset-based fees, but some firms (such as Commonwealth Financial Network) have committed to that model more than others.

For the most part, advisors indicate they’re happy in their seats. Nearly nine in 10 advisors say they’re very likely to still be with their IBD in two years. But that statistic may belie the fact that the average tenure at their current firm is 8.8 years, and at some firms, it’s less than that. Some firms are better at retaining advisors for the long haul.

Advisors feel they have control over their own destiny; the top factors that would cause them to depart include unresponsiveness to their business needs, too much firm interference and disagreeing over the direction of their current firm. 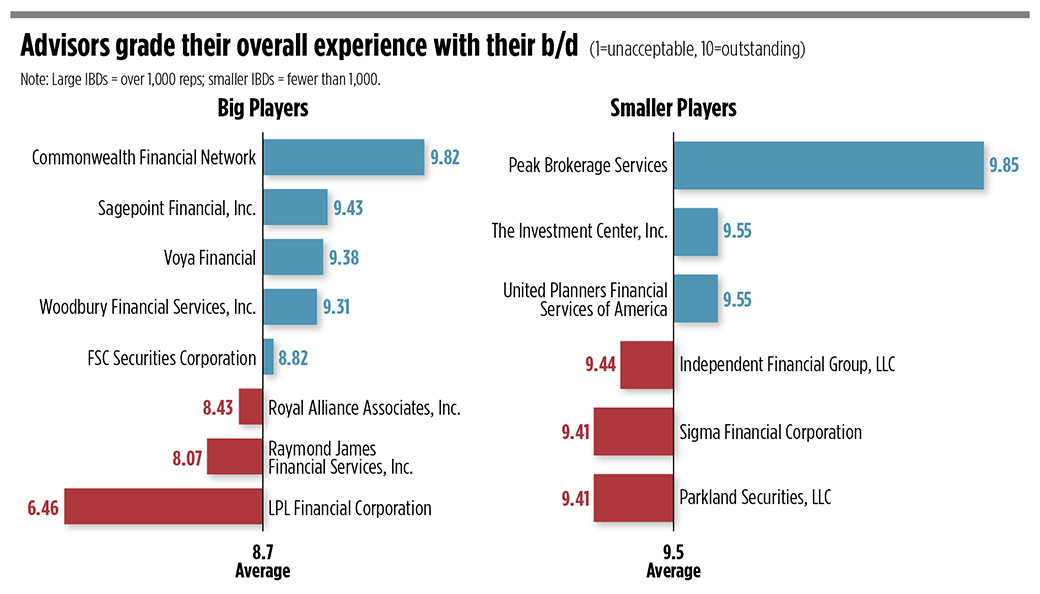 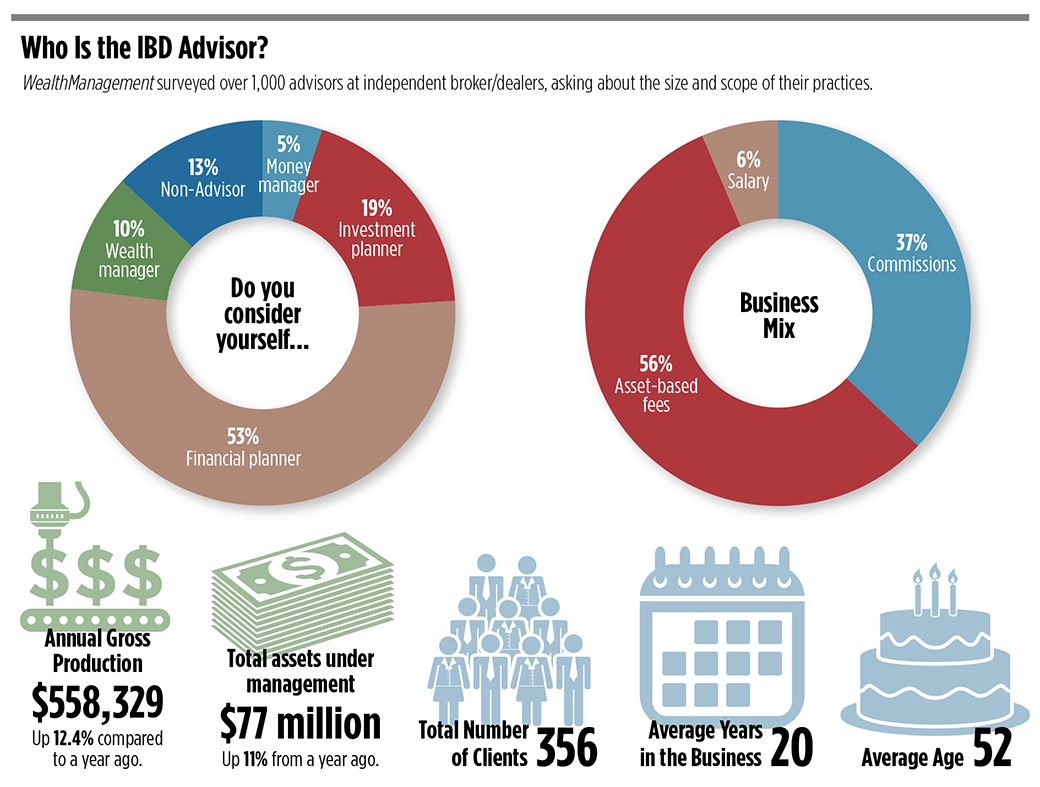 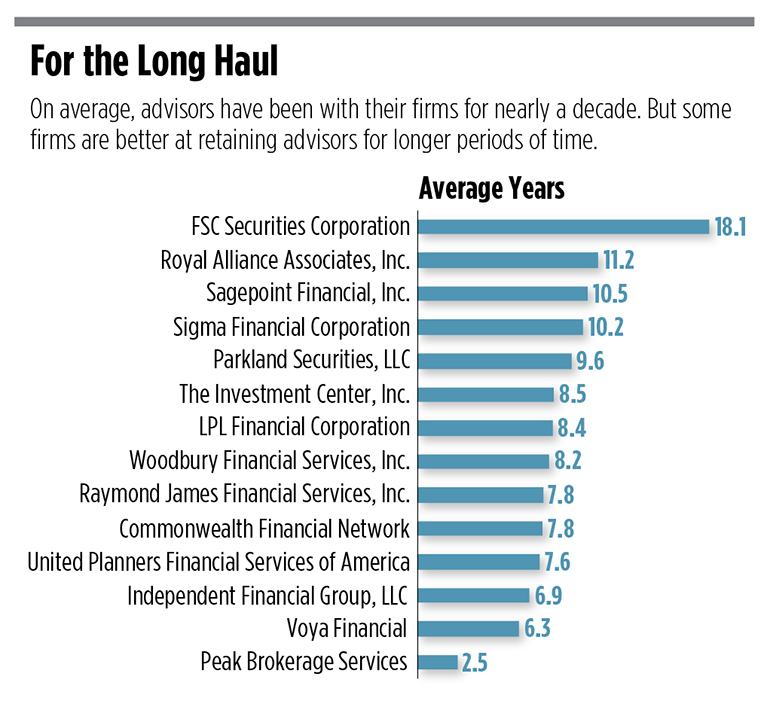 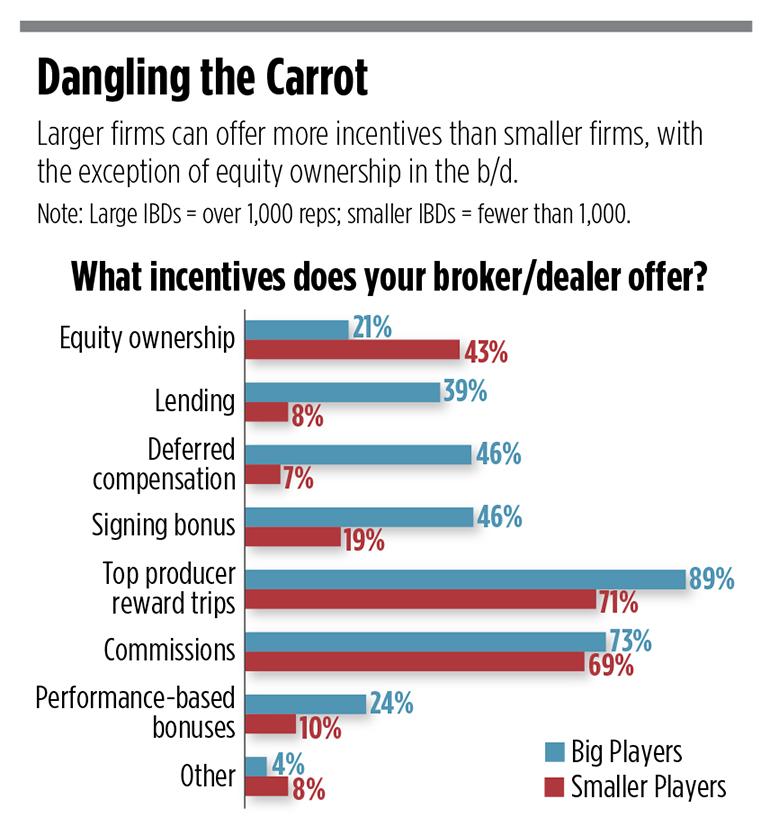 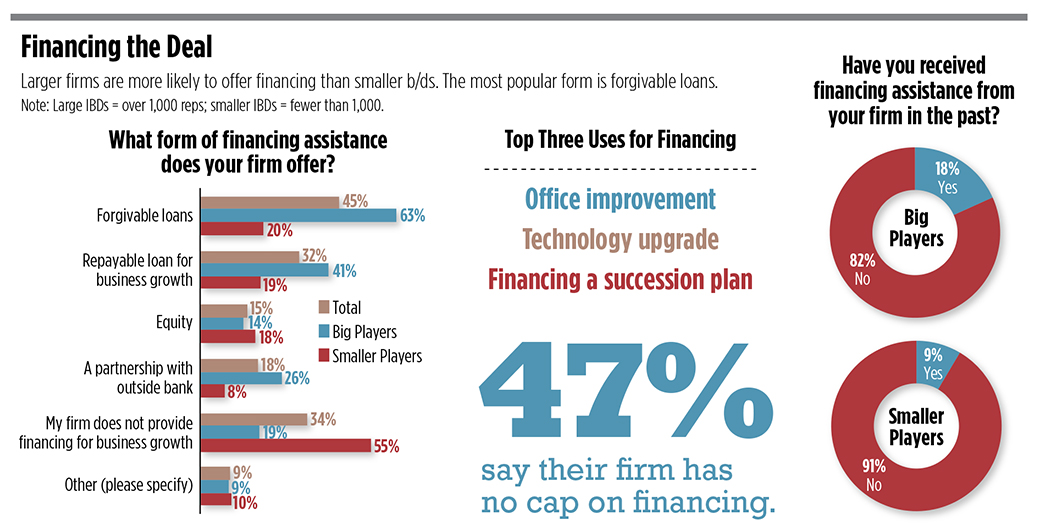 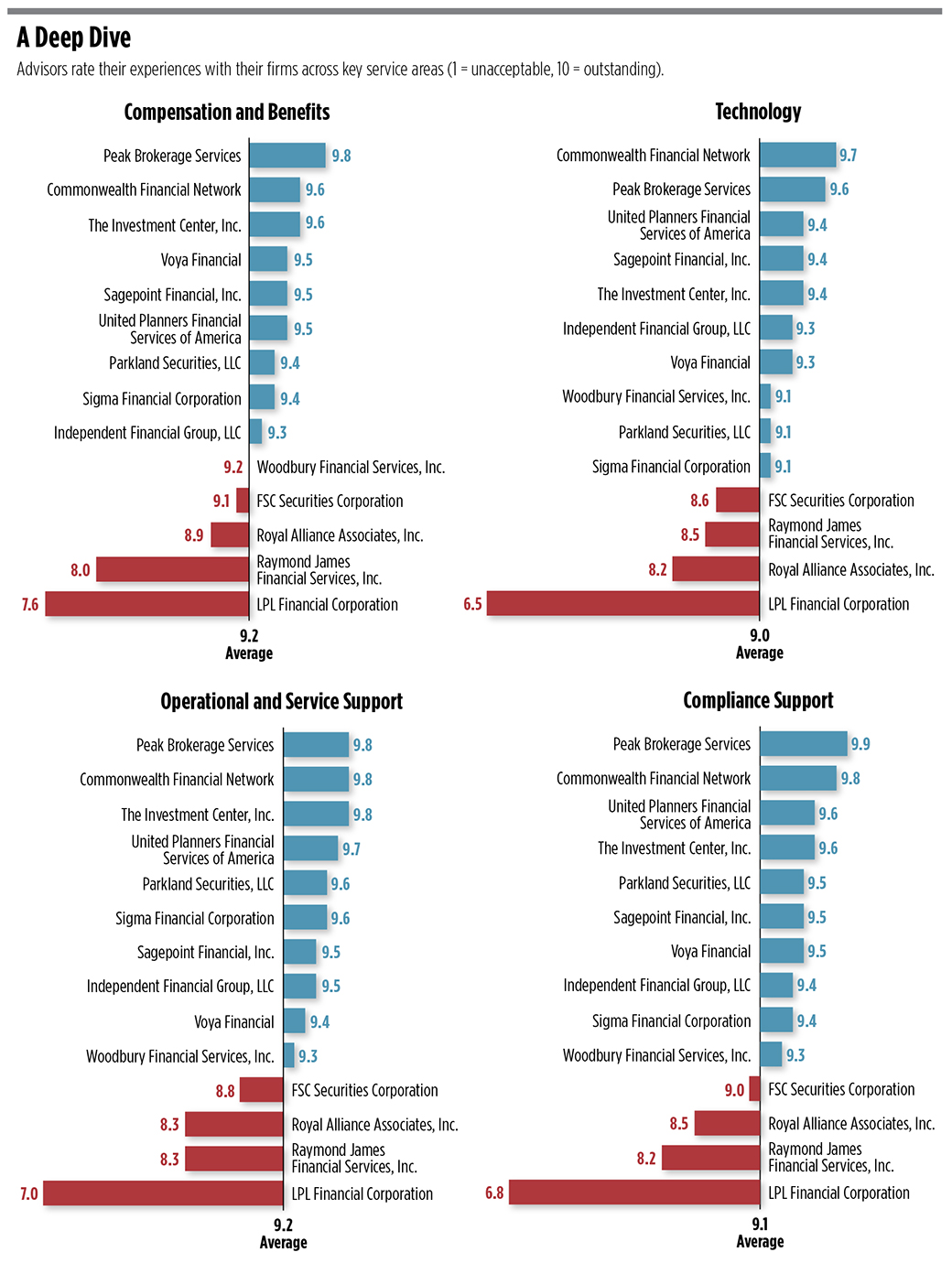