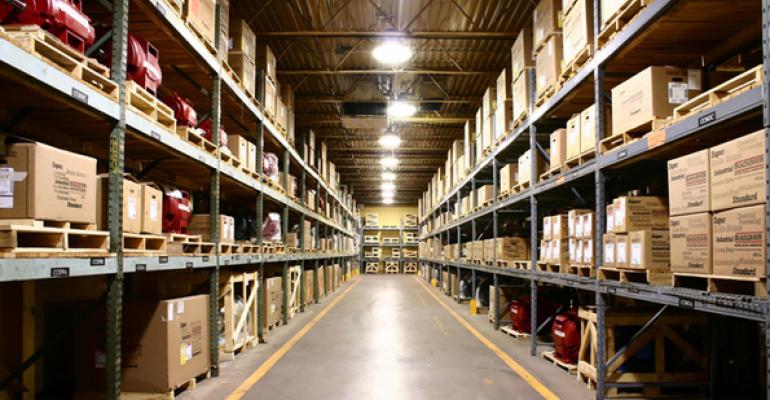 Will Retailer Bankruptcies Have a Negative Impact on Warehouse Sector?

As retailers file for bankruptcy, they also move out of warehouses and distribution facilities.

In November, both Trepp LLC and Fitch Ratings tracked an unexpected big jump in CMBS loan delinquency backed by industrial properties. With the all-property CMBS delinquency rate on the decline, the dynamic seemed unusual for commercial real estate’s hottest sector, until Fitch disclosed the reason for the higher delinquency—there was a three-property industrial portfolio vacated by supermarket operator Shopko earlier in the year as it filed for bankruptcy protection. The owners of two of the properties in the portfolio were still looking for replacement tenants, while the new tenant at the third property had missed rent payments.

The situation raised the question of whether the troubles in the retail sector might cause some serious damage on the industrial side as well, as downsizing and disappearing retailers abandon their warehouses. But industry experts say retail bankruptcies have had a minimal effect on the industrial sector.

“We have seen industrial vacancies rise slightly, though this is mainly due to an oversupply factor, rather than one specific industry or tenant underperforming or going bankrupt,” says Juan Arias, senior consultant with research firm CoStar Portfolio strategy. “These warehouses may remain vacant due to the large amount of new industrial product that has been added and continues to be added to the market.”

For the past few years, absorption levels in the industrial sector have been record-breaking. But that rate may not be sustainable for the rest of 2019 and 2020, though it will remain close to the “highest ever recorded in U.S. history,” according to Ben Conwell, senior managing director for e-commerce and electronic fulfillment group lead at real estate services firm Cushman & Wakefield.

Nationally, average vacancy in the industrial sector remains at 4.8 percent, according to Cushman & Wakefield. The CoStar Group pegs the national industrial vacancy rate at 5.1 percent.

Retailers occupy around 20 percent of distribution and warehouse space in the U.S., according to CoStar Group data. But with the current level of demand for space from third-party logistics firms and e-commerce operators, bricks-and-mortar retail woes are not having a huge impact on industrial vacancies and rent growth.

“Retailer bankruptcies have had a minimal effect on industrial properties so far,” says Arias. “The increased demand for space from [third-party logistics] firms, as well as e-commerce retailers, has far outpaced losses due to retailer bankruptcies.”

He notes that both bricks-and-mortar retailers and other warehouse tenants prioritize ceiling heights above 32 feet, buildings completed after 2000, cross-docking with plenty of parking for workers and larger truck and trailing parking circulation areas, as well as proximity to major population centers. Especially popular are markets with high population and income growth, including Houston and Austin, Texas, Orlando, Fla, Phoenix, Dallas, Raleigh, N.C., Atlanta and Salt Lake City.

Certain submarkets of major industrial hubs, however, are beginning to see pockets of oversupply. These tend to be areas that have already seen strong demand this cycle, according to Arias.

“We only expect that around 30 percent of industrial submarkets will see significant vacancy expansion in the coming year,” he notes. “Finding replacement tenants for vacated retail warehouses will be an issue in these over-supplied submarkets, and for warehouses that are older [or] less adaptable for logistics purposes, [and] therefore obsolete.”

Asking rents in the industrial sector overall continue to rise as new product gradually leases up, says Arias. Industrial rent growth averaged approximately 5.0 percent in 2019, in line with prior years, according to CoStar Group data.

Current rental rates “don’t signal significant softening in the market from bankruptcies or other forces,” says Conwell. “Ultimately, bankruptcies and downsizings are important considerations, but not a trend that the industrial sector needs to brace for.”