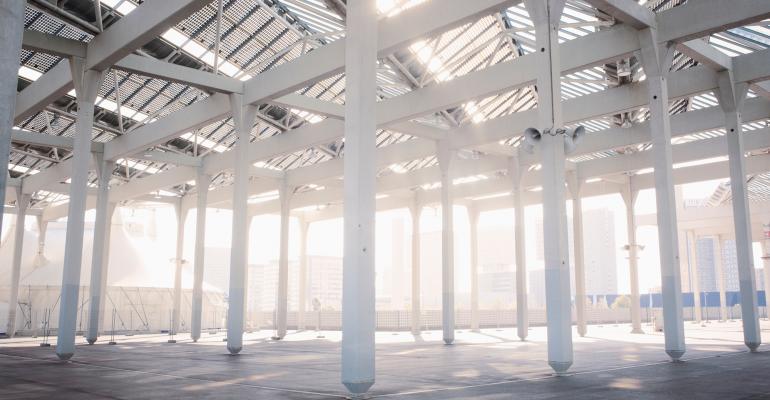 Why the U.S. Lags Much of the World in Sustainable Warehouse Development

Government mandates have a large role to play in incentivizing the addition of sustainable features.

Not that long ago, few U.S. developers were thinking about incorporating sustainable features into their warehouse projects. Today, however, new warehouses are often either being built to meet the sustainable standards of recognized green rating systems like LEED (Leadership in Energy and Environmental Design) or are “sustainability-ready,” with the structural integrity to support the addition of sustainable features, like solar panels on rooftops.

For example, in April, global logistics facilities provider Prologis launched the first LEED v4 for Core and Shell Volume Program for U.S. logistics properties. The company began designing all new construction to meet sustainability certification standards in 2008. But in 2020, it expanded its commitment to sustainability. “We set a goal that 100 percent of new developments and redevelopments will achieve sustainable building certification each year,” says a Prologis spokesperson.

Related: Why Industrial Property Managers Will Benefit from Sustainable Development

According to an official statement from Prologis chief legal officer and ESG head Edward S. Nekritz, the program “gives us a first-mover advantage that enables us to deepen strategic relationships with customers and partners and attract and retain the industry's most talented professional—factors that together ultimately impact our bottom line.”

The move toward sustainable warehouse construction is being driven by both government agencies and institutional investors, says Dallas-based John Thomas, managing partner at Transwestern Development Co. But the U.S. is still far behind both Europe and Asia in bringing its industrial properties to meet sustainability standards. A 2020 survey by GRESB, an investor-led global ESG benchmarking organization, showed that 25 percent of logistics facilities in Asia are green building-certified compared to just 7 percent in the United States.

The reasons largely have to do with government incentives. Developers in the European Union are now faced with sustainability requirements as outlined by the Energy Efficiency Directive and Energy Performance of Buildings Directive, which sets the goal of halving carbon emissions across Europe by 2030 and achieving carbon neutrality by 2050.

“The rules are often different in certain European, Asian and South American countries,” says Thomas. In addition, certain countries, such as Germany, offer subsidies to developers for a few years to make sustainable projects more economically feasible. When the subsidies are no longer in place, many developers discontinue sustainability upgrades, Thomas notes.

But while national governments are driving the change toward sustainable development in many regions of the world, in the U.S., sustainability requirements are regional. California, for example, passed legislation that requires all new or significantly renovated commercial buildings completed in 2030 or later to be carbon neutral.

However, Thomas notes that few U.S. state or local governments have yet to implement sustainability requirements for warehouse projects. Those that do, often focus on requesting access to mass transit or the incorporation of solar energy. Thomas suggests that if more U.S. government agencies mandated sustainability building requirements for warehouses, it would level the competitive playing field for developers who are trying to incorporate sustainable features.

For example, he notes that big publicly-traded users of industrial space are also pushing for sustainability, but are oftentimes unwilling to pay extra for it. In addition, Thomas says that many of the warehouse occupants Transwestern works with are regional and local users that are less concerned with incorporating solar energy because it requires continued maintenance, there are security concerns and the potential for product damage.

Sustainable warehouse construction generally increases the shell cost by approximately 10 percent, according to Thomas. As a result, he notes that it isn’t currently economically feasible to build sustainable warehouses on a speculative basis. But in the meantime, Thomas says that all modern warehouses are structurally ready to add sustainable features, such as solar on rooftops.

“Occupiers are indeed paying higher rents for modern facilities, especially given the high levels of demand,” says Walaszek. But he notes that while new environmentally sustainable construction is more costly, greater energy efficiency and other environmentally sustainable features are becoming a key theme in new projects because they are becoming a selling point for landlords who are trying to lure tenants who have set their own ESG goals.

According to Walaszek, “industrial real estate has become an institutional asset class within commercial real estate and modernizing these properties with cutting edge technology and sustainable features has become integral.”