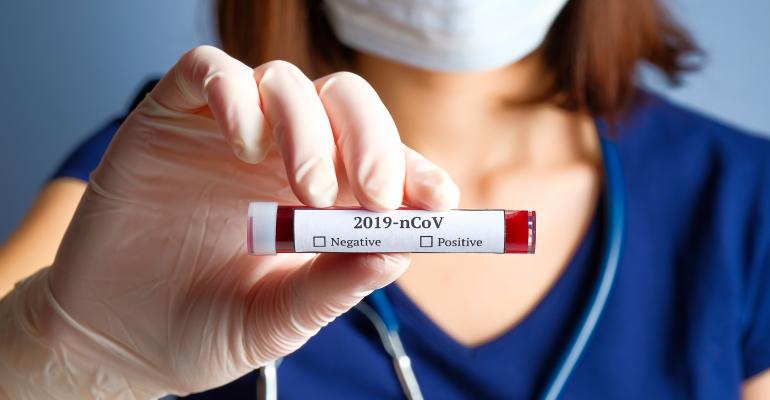 The U.S. Warehouse Sector Won’t Be Able to Escape the Impact from Coronavirus Outbreak

Both Chinese imports and exports have been affected by the large-scale shutdown of Chinese factories and businesses.

The coronavirus (2019-nCoV) first emerged in the Hubei Province, home to Wuhan City and China’s auto and steel manufacturing industries, and has since spread across the mainland, infecting more than 75,000 and killing more than 2,000 people worldwide and shutting down factories in China and across the world.

Wuhan serves as China’s manufacturing center for automotive companies, including Nissan, Honda, and GM, as well as for other corporate hubs, such as IBM, HABC, Honeywell, Siemens, and Walmart, notes Rosemary Coates, executive director of the Reshoring Institute and president of Bluesilk Consulting, a supply-chain consulting firm.

While 55 percent of factories there have recently reopened, many areas in Hubei Province are still on lockdown due to a government-mandated quarantine, so few workers are back on the job, she says. Coates notes that one plant she works with has 2,000 workers, but only 12 employees showed up when it reopened.

Similar to natural disasters, this is yet another disruptive storm interrupting the global supply chain that companies dependent on Chinese parts and components were unprepared to weather, according to Gregg Healy, who leads the supply chain and logistics consulting for real estate services firm Colliers International out of its Southern California office.

Many firms globally have extensive supply chain networks in China that have been disrupted by delays in shipments of key parts and components. The auto industry worldwide is dependent on parts from China and is feeling the brunt of production troubles stemming from the coronavirus. China produces $40 billion in auto parts annually, about half of which goes to the U.S. market, reports Forbes. Lacking parts manufactured in China, auto factories throughout the world have reportedly curtailed or shut down production, including Hyundai’s South Korea complex, which produces 1.4 million cars annually, as well as England’s Jaguar plant and a Fiat Chrysler facility in Serbia.

Transportation carriers have also been hard hit, according to Healy, who notes that ocean carriers have lost $350 million weekly since Chinese factories began shutting down. And while U.S. steel manufacturers may be celebrating the halt in steel shipments from China, he predicts that a lack of lower-cost steel products used by the U.S. building industry will drive already high construction costs even higher.

In a report from Wells Fargo, economic analyst Matthew Honnold cites regions where businesses are likely to be hardest hit by disruption of the global supply chains, including manufacturers on the West Coast and in Southern and Midwestern states.

Some states have outsized exposure to trade with China, he notes, with Tennessee topping the list, as the value of Chinese imports and exports represents roughly 8 percent of the state’s GDP. California, Washington, South Carolina, Kentucky and Illinois also rank high, with more than 5 percent of each state’s GDP dependent on Chinese imports and exports.

As a result, coronavirus is cause for considerable concern in the industrial real estate sector, especially in port markets, says Healy. The ports of Los Angeles-Long Beach, Oakland, Seattle/Tacoma and Portland handle a massive amount of trade with China.

In addition, the Wells Fargo report notes that ports on the Eastern seaboard, which have invested considerable capital in deepening harbors, adding new terminals and making infrastructure improvements, are more exposed to trade with the East since the expansion of the Panama Canal and advent of greater capacity post-Panamax ships.

The South has also become an important export platform for companies including BMW, Volkswagen, Honda, Volvo, Michelin, Boeing and Caterpillar, which have built massive distribution networks tied to the ports of Charleston and Savannah, Ga.

A significant slowdown in warehouse activity in those regions could cause companies to lay off contract and part-time warehouse workers, which could have a considerable impact on local economies, according to Healy. Southern California, for example, has 1.6 billion sf. ft. of industrial space, much of which is dedicated to e-commerce and inbound international trade.

China is also the world’s biggest oil importer, but due to the virus’ impact on manufacturing and travel, the International Energy Agency predicts global demand for oil to drop by 435,000 barrels year-over-year in the first quarter for the first time in a decade.

The Chinese government contends it will have the virus outbreak under control and factories working at full capacity by the end of the first quarter, but both Healy and Coates agree that its ripple effects on the U.S. economy are only just beginning.

The impact of Chinese factory shutdowns on consumer goods will take about three months to hit home, according to Coates. Noting that 35 to 45 percent of products or parts of products consumed by Americans come from China, she says, “A shortage is coming in the next three to six months. If the Wuhan City shutdown lasts six months, the impact will be tremendous.”

“People here have no idea how much we depend on goods from China.” When products used everyday will be in short supply, “they will have a tremendous wake up and realize that we really do live in a global economy.”

The Chinese government’s hardline stance on controlling spread of the disease is understandable, notes Healy. “The biggest stakeholder in this is the Chinese government, which fears the epidemic will further escalate diversification of manufacturing by multinational companies to other Southeast Asia countries, like Vietnam,” he says, adding that reshoring of manufacturing to other nations had already begun to happen due to U.S.-imposed tariffs on Chinese goods and rising wages in China.

In addition, the White House has admitted that due to the impact of the virus, China’s commitment to import more U.S. products, which is part of the U.S.-China Part 1 trade deal, will be delayed.