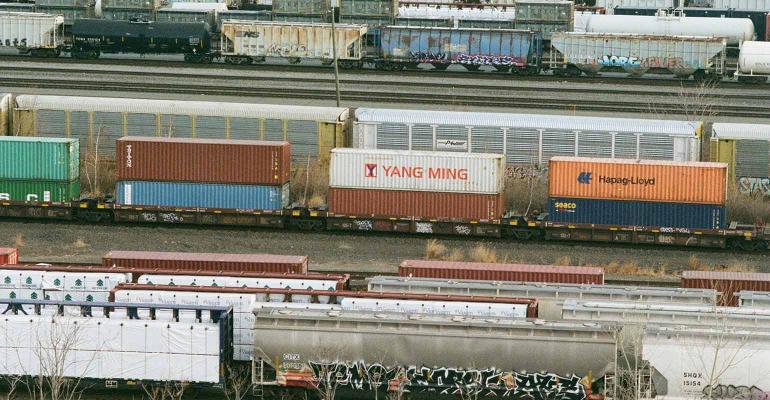 The country’s busiest port complex is still battling bottlenecks across the board, with an influx of goods for holiday sales and the easing of lockdowns in China.

(Bloomberg)—Public attention has waned two years into the crisis that disrupted global supply chains, giving the impression that everything is back to normal. On the ground, the US’s busiest port complex is still battling bottlenecks across the board.

Responsible for 42% of all containerized trade with Asia, the US’s largest hubs of Los Angeles and Long Beach in Southern California are dealing with an influx of cargo as retailers stock up on back-to-school and holiday goods that’s coinciding with the easing of the lockdowns in China. All this is happening just as US railroads and warehouses remain clogged and thousands of dockworker contracts across the West Coast are set to expire this week.

Here’s a look at some of the snarls that are standing in the way of the supply chain’s recovery:

The Port of Los Angeles has recently enlisted help from the White House to clear a backlog of rail-bound containers that’s tripled since February, taking up space on its docks and causing congestion. As of Monday, there were more than 28,000 rail-container units on the ground, about two-thirds of which had been waiting to be picked up for nine days or more.

The country’s major railroads are also struggling on the labor front, as two years of unsuccessful negotiations with their labor unions could force the White House to intervene and prevent a strike that could cripple already-strained supply chains.

The more than 115,000 rail workers operating at more than 30 railroads will be able to strike as soon as July 18 after the union rejected a binding mediation offer from the National Mediation Board. Next, President Joe Biden could appoint a presidential emergency board to resolve the dispute.

More than half of the truck gates at the Port of Los Angeles are still going unused on average due in part to the inconsistent staffing and operation hours at the terminals and distribution centers outside of the port, on top of the lack of space at warehouses.

Moving about 70% of the US’s freight tonnage, truckers don’t feel encouraged to go in during off-peak hours because parts of the supply chain often don’t operate around the clock, said Matt Schrap, chief executive officer of the Harbor Trucking Association. Before the bottlenecks emerged, truckers could pick up containers in the early morning and then store them at truck yards until space opened up at warehouses. But these sites are now “full of empty containers and chassis, and land has become an extreme premium.”

The vacancy rate at Southern California facilities is now around 0.3%, with the lack of availability particularly acute in the Inland Empire counties of Riverside and San Bernardino, Port of Los Angeles Executive Director Gene Seroka said at a virtual meeting of harbor commissioners last week. During normal times, the vacancy rate stood as high as 5%, he added.

“We can’t build these facilities fast enough, and even though we boast 2 billion square feet from the shores of the Pacific now out to the desert region of Southern California, we’ve got to turn that cargo out faster and have enough space under roof to manage all of these consumer and manufacturing products,” he said at a separate briefing earlier this month.

The contract covering about 22,000 dockworkers across nearly 30 West Coast ports -- including Los Angeles and Long Beach -- is set to expire on July 1. The International Longshore and Warehouse Union and the Pacific Maritime Association, which represents more than 70 employers, reinforced ahead of the expiration that “neither party is preparing for a strike or a lockout.” Talks often went beyond the expiration dates in previous negotiations.

Both sides’ commitment to keeping cargo moving throughout the process would avoid a repeat of the delays and congestion that hampered ports in California, Oregon and Washington during the 2014 talks. Back then, a nine-month dispute caused disruptions and shipping delays and only ended after the Obama administration intervened in 2015.

--With assistance from Thomas Black and Ana Monteiro.