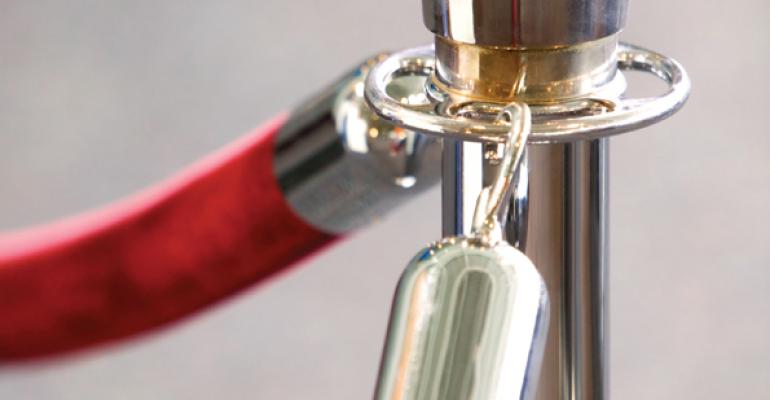 It’s become increasingly difficult for small broker/dealers to break into the business, as regulations increase.

For the last few years, the independent broker/dealer community has been consumed by the blow-ups of problematic alternative investments, with many small firms simply throwing in the towel. But the velvet rope, so to speak, just got a little longer. With new regulations and compliance burdens, many small shops aren’t opening up new broker/dealers at all.

According to a recent study by The Compliance Department Inc., a Centennial, Colo.-based firm that provides compliance outsourcing services to b/ds and investment advisors, the number of new broker/dealer admissions has dropped about 45 percent from last year. Only 18 new firms—with equities as their main line of business—registered with FINRA in the first six months of this year, compared to 33 new formations over the same period last year. In July, there were only 10 new formations, compared to the three-year monthly average of 14.

David Alsup, director of business development at The Compliance Department Inc., attributes the decline to overregulation by FINRA, which is hitting small firms the hardest. “It used to be relatively easy to get in; it’s no longer easy to get in.” Firms are telling themselves, “‘Now I have a lot at stake. How much money am I going to put up at risk?’”

Are the days of small b/d businesses long gone? In the 1990s and early 2000s, it was pretty common to see one- or two-person shops opening up, Alsup said. Now, new b/ds typically average about three to 10 people at the outset, and there are fewer of them coming into the business. In the second quarter of this year, there were 27 new b/d formations, the lowest quarterly new admissions figure in over four years, according to Alsup’s calculations.

Against the Current
“New firms getting in the business has dropped dramatically because of regulation,” said Jonathan Henschen, president of the recruiting firm Henschen & Associates based out of Marine on St. Croix, Minn. “It’s just such a chore, and they see what they have to do in trying to grow. It’s like swimming against the current.”

In the last couple years, FINRA has tightened up its supervision requirements, raising broker/dealer back-office compliance expenses by about 25 to 30 percent, Henschen said.

“It just costs you more money to get in the game,” Alsup said.

FINRA now assesses a new fee on continuing membership applications, including any time a firm wants to add a new line of business or change ownership.

“You’re now locked in with your business lines,” Alsup said. “Firms really need the flexibility to change business lines, add reps and do other things, so they’ve tightened up that end of it for the smaller firms.”

The new suitability rule, which took effect in July, will also likely hit small firms hard. Two major components: Suitability will now apply not just to investment security recommendations but to strategy recommendations, too. Also, broker/dealers will become responsible for overseeing certain outside business activities conducted by their advisors. It will mean more paperwork for the reps, and more supervision on the part of the broker/dealer.

“Sure, Schwab can go out and do it and Merrill Lynch can do it; that’s nothing,” he said. “But a five-person shop or a 10-person shop? God bless them.”

Smaller firms don’t have the spreads that the larger firms have to be able to absorb the extra costs associated with compliance, Henschen said.

“A smaller firm doesn’t have the room for error that these larger firms have,” he added. “Resources that would go to things to help clients, to help the reps, instead go to government bureaucracy and satisfying that.”

For a while there, small firms selling Medical Capital, Provident Royalties and DBSI were dropping like flies. But Alsup says many of the liabilities associated with those investments have worked their way through the system.

Of course, there have been outliers. Just recently, Dallas-based Milkie/Ferguson, which sold Provident Royalties, has closed up shop and moved its 26 advisors over to Berthel Fisher & Company. “Had it not been for having to fight Provident along the way, we probably could’ve recruited and gotten our revenues back up to where they needed to be, and we might still be here,” Edward Milkie, founder of the firm, later told WealthManagement.com.