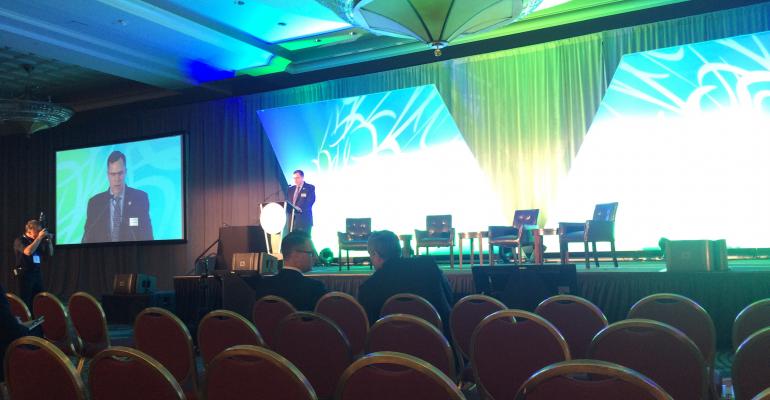 With the Department of Labor’s proposed fiduciary rule due out in the first half of 2016, the Financial Services Institute is focusing on helping prepare advisors and firms to comply with the new standard, and will turn its advocacy efforts to the states.

“We will continue to champion a uniform fiduciary standard,” FSI’s CEO Dale Brown said Tuesday. But he was not optimistic regarding the Labor Department’s finalized rule, which is expected to be sent to the Office of Budget and Management for approval at the end of the month. “Unless they’re behind closed doors making pretty substantial and fundamental changes, the proposal as currently written is simply unworkable and won’t accomplish its objectives,” Brown added.

“We don’t know what the final proposal will look like, but I have to admit, I don’t have a lot of confidence, just because I think there’s a perspective at the Department of Labor that doesn’t conform to the reality of the business that exists and the needs of investors. But I’m anxious to see that they come up with,” said David Bellaire, FSI’s general counsel.

FSI mounted a substantial effort to mitigate the impact of the proposed rule on advisors and independent broker/dealers. Brown noted on Tuesday its members sent over 250,000 letters to Congress and the Department of Labor expressing concerns with the proposal. The industry group also supported legislation in Congress aimed at forcing the Labor Department to rework the rule, including the bill introduced in December by Reps Peter Roskam (R-Ill.) and Phil Roe (R-Tenn.).

The bills would require Congress to approve the Department of Labor's fiduciary rule before it could be implemented. If they didn't, the legislation proposes a new client best interest standard for the entire financial services industry, both registered investment advisors and brokers.

“We’re supporting what they’re trying to accomplish,” Brown said, noting the group was working behind the scenes to get support in the Senate. But even if the bill passes the House and Senate—it has yet to pass out of committee in the House—the legislation is a long shot, as President Obama has vowed to veto any bills aimed at delaying or rolling back the Labor Department’s rule.

But Brown still called the bill a “credible effort,” saying FSI will attempt to influence the administration’s thinking and the Department’s thinking in every way possible. And that may include a legal challenge. When asked if FSI was contemplating mounting a lawsuit against the Labor Department if the finalized rule is still unworkable, Brown said the group was “not taking any options off the table,” adding he was not prepared to talk in any more detail.

With the Labor Department’s rule in the final stages, FSI is looking to focus its advocacy efforts in smaller arenas in 2016.

“We think the states is where a lot of the action will be,” Bellaire said. He noted that while the Labor Department’s efforts remain a focus, the industry group does not expect a lot of activity in Congress because of the upcoming election.

Regulatory efforts at the Securities and Exchange Commission also will likely be subdued until the two new commissioners are sworn in, a process that Chairman of the Senate Banking Committee, Richard Shelby, has said he will delay until after the November election. Additionally, the Financial Industry Regulatory Authority is going through a transition now that CEO Rick Ketchum is retiring, “so we won't see major rulemaking out of FINRA until that transition has been completed,” Bellaire said.

On a state level, FSI is working on advocacy efforts around the recent surge in proposed state-run retirement programs, such as the ones in New Jersey and Maine. “We oppose efforts by states to establish their own auto-IRA style retirement system. We think there are lots of issues for the states, lots of concerns for employers and the costs associated,” Bellaire said.

Additionally, the industry group is continuing its efforts to make proposed legislation and regulation aimed at reducing senior financial abuse effective for advisors to comply with on a day-to-day basis. Belliare noted FSI was generally supportive of proposals released by NASAA and FINRA late in 2015, but said the lack of uniformity between the two proposed regulatory frameworks will greatly complicate firms’ compliance.

“This an important issue for us because independent financial advisors are on the front lines of this issue. Far too often, they’re caught in the middle,” Brown said. “It’s important we fight this in a way that gives advisors tools so they can respond quickly and respond effectively so they can prevent this kind of horrific abuse.”