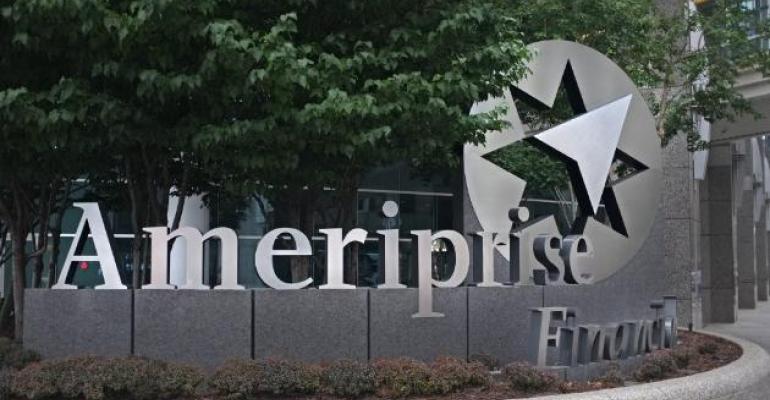 Ameriprise Financial reported a 16 percent increase in net income for the second quarter, thanks largely to strong growth its advice and wealth management segment. Net income grew to $374 million, or $1.91 per share, compared to $322 million in the year-ago period. Net revenues were $3.07 billion, up 12 percent from last year, beating analysts’ expectations by $40 million.

In the advice and wealth management segment, pre-tax operating earnings jumped 29 percent to $194 million, due to revenue growth and expense controls, the company said. The group’s pre-tax operating margin reached a record 16.2 percent, compared to 13.9 percent a year ago. The advice and wealth and asset management businesses now account for over 60 percent of the company’s earnings.

Overall, assets under management and administration increased to a record $810 billion, up 15 percent year-over-year, a reflection of strong advisor client flows and positive markets, Cracchiolo added. Client assets in the advice and wealth segment rose 16 percent to $435 billion, due to meaningful flows into the investment advisory program.

Ameriprise recruited 54 advisors during the quarter, but total headcount is down 1 percent from a year ago to 9,692. That compares to 9,788 in the year-ago quarter and 9,704 last quarter.