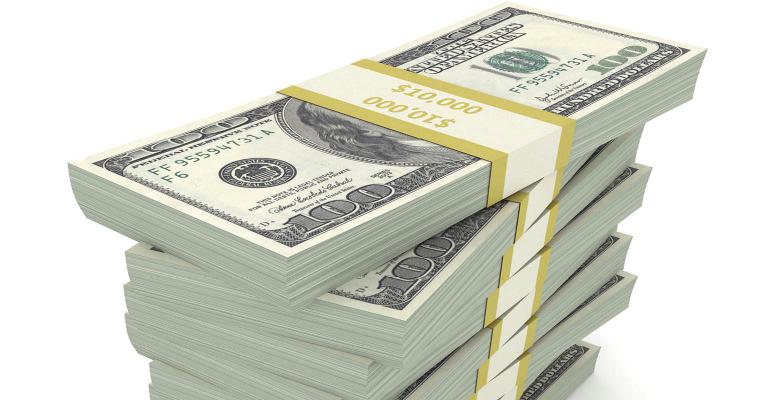 HNWIs continue to target commercial real estate as a key part of their portfolios.

High-net-worth investors (HNWI) have been a highly sought-after buyer group in recent years. Brokers moving properties have attempted to reach them. Non-traded REIT executives have marketed their shares to them. And crowdfunding groups have looked to woo them.

And with good reason. The most recent figures from Capgemini, released in June, showed that HNWI wealth grew 10.6 percent in 2017—the second-fastest year of wealth growth for the group since 2011. In all, Capgemini estimates this group of investors now has amassed $70 trillion in wealth.

In addition, the report found that real estate had risen to be the third-largest asset class for HNWIs, accounting for 16.8 percent of total HNWI assets. That was a rise of 2.8 percentage points from 2017.

That’s the backdrop for the findings from NREI’s latest research into HNWI’s approach to commercial real estate, which suggests that investor interest may be waning.

Estimates from respondents to the NREI survey were in line with Capgemini’s findings in terms of average HNWI allocations to real estate. About one-third of respondents (32.3 percent) say between 11 percent and 25 percent of HNWI portfolios are devoted to real estate. Another 20.7 percent said it was higher (26 percent to 50 percent of portfolios) while 22.9 percent said it was just lower (six percent to 10 percent).

“The biggest challenge is the competition for these HNW investors,” one respondent wrote. “If you are successful in providing returns to the HNW investor they will be ready to invest further.”

Answers in this year’s survey were consistent with the previous two in identifying what factors are the most important to HNWIs when investing in commercial real estate. Wealth preservation continued to top the list (4.59 on a scale of 1 to 5). That was followed by income production (4.05), asset value growth (3.97), tax purposes (3.77) and estate planning (3.56).

When asked how these factors have changed in the past year, respondents pointed to concerns about the end of the real estate cycle, rising interest rates and the new tax code as having impacts. Many also said that preservation of wealth has become more important in the current investment climate.

“Changes in the tax laws have triggered a need for a new strategy and require investors to strike a new balance between and among different classes of assets,” one respondent wrote. Another added, “Hard assets are always an excellent hedge on inflation.  The 2018 tax law also favors real estate.”

In terms of interest rates, one respondent added, “With the higher interest rates, the margin of error is extremely thin, therefore it is more crucial now that a deal remains cash flowing while the new owner works to improve the deal’s NOI.”

Some said, however, that HNWIs tend not to variate their investing strategies much, regardless of cycles.

“High-net-worth investors are looking for both short-term yield and long-term value, and make different investments to reach each goal,” one respondent wrote. “For HNW investors this is constant through cycles.”

Two changes that respondents did have their eyes on, however, were the continued influx of foreign HNWIs into U.S. investment markets and the rise of Opportunity Zones.

“Participation by foreign investors has increase exponentially over the last few years and still growing,” one respondent wrote. “Their goals are somewhat different and they have special tax advantages over domestic investors so they can be more risk-prone at times.”

Opportunity Zones are part of the “Tax Cuts and Jobs Act” that was signed by President Trump in December 2017. They will include a series of tax breaks and are intended to spur economic development.

“With family offices and high-net-worth investors, at least in my experience, tax planning is a big chunk of what they do,” said Matt Temkin, partner with North Coast Partners LLC, in a recent interview with NREI. “The tax-advantaged treatment of the fund gains is estimated to add 50 percent to the value of the investment. Depending on a variety of factors, it can be anywhere between 30 percent and 60 percent, but a lot of people are settling on 50 percent as the difference between having a tax-free equity investment and a taxable equity investment.”

Governors in every U.S. state and territory, along with the mayor of Washington, D.C., have designated more than 8,700 Opportunity Zones, the bulk of which are in low-income census tracts, according to Enterprise Community Partners Inc., a non-profit housing group. All of these zones have been certified by the U.S. Treasury Department.

With the opening of Opportunity Zones, a respondent wrote, “we are seeing a dramatic shift in new high net worth individuals taking advantage of the tax benefits. If it was not for these funds we would not see any change in investment from an individual standpoint.”

How HNWIs Invest in CRE

In terms of direct investment in commercial real estate, data from Real Capital Analytics shows that HNWIs spent $4.49 billion in the first three quarters of 2018 on properties worth $2.5 million or more. That’s up from $3.51 billion during the same period in 2017. That data does not capture any indirect investments HNWIs have made into the sector.

“A challenge is explaining the complexity of the market and the risk/reward relationship and why less ‘sexy’ property types or locations may offer better returns,” one respondent wrote. “I’ve heard HNW representatives say they could get better (and possibly safer) returns in markets other than class-A properties in first-tier cities, but it’s too difficult to get HNWs to understand this. ‘How embarrassing to tell others at the club you’re investing in self-storage in Tulsa.’”

Only 9 percent said HNWIs prefer tertiary markets. (Respondents were allowed to select more than one option.)

A consistent challenge identified by survey respondents is the difficulty finding properties that match HNWIs’ investment criteria, such as return targets and pricing. Many want stabilized properties delivering out-sized returns—an impossibility given the competition for top assets in the market.

“This segment of investors is very narrow in what they seek,” one respondent wrote. Another added, “HNWIs require long-term leases with low risk and attractive cap rates.”

Private real estate equity funds continue to be the favored choice for real estate allocations, according to our respondents. Overall, 53.7 percent of respondents said they expect allocations to be made through that vehicle, which is in line with numbers from previous years.

“At this point, there are five or 10 platforms that have been around for a few years, that have done a significant number of deals, that have people with strong real estate backgrounds on board, and that pick up the phone when you call them, answer questions and walk you through what they’ve done historically,” Clinton told NREI in a recent interview. “You need all of that. You want to make sure that this is something that’s not fly-by-night; a few years of experience makes a world of difference.”

“What we do… is we put together significant business plans and offering overviews and private placement memorandums that focus on individual deals—we do one deal at a time—for a high-net-worth individual or a family office to really make that decision on their own,” Adam Kaufman, co-founder and managing director of the platform told NREI in a recent interview.

Respondents were also asked what might dampen HNWIs’ interest in real estate. Rising interest rates (46 percent) were identified as the greatest concern. A real estate downturn (44 percent) was the next concern. That was followed by a change in the tax code (32 percent) and a recession (38 percent).

“Explaining the current market conditions given the conflicting guidance provided by the executive and legislative branches of government [is a challenge],” one respondent wrote. “The biggest opportunities will come with having patience for the right offering for your particular client. This is not an easy market to sell into with prices moderating as interest rates rise.”

Another pointed to the fact that HNWIs are not sector experts, putting the onus on commercial real estate pros to guide them to the correct investment opportunities.

“HNW investors often don’t really understand real estate the way they do their primary business and they make uninformed decisions, with uncertain results,” one respondent wrote. “They need a trustworthy expert to guide them. Real estate will always be the most predictable means for long-term accumulation of wealth.”n

John Egan contributed to this story.

Survey methodology: The NREI research report on high-net-worth investment in commercial real estate was conducted via an online survey distributed to NREI readers in October and November. The survey results are based on responses from 597 participants. Of the total survey respondents, 34 percent identified themselves as private equity investors or syndicators, 25 percent identified as building owners/developers, 23 percent identified as building owners/managers and 18 percent said they were in leasing and/or investment sales. In addition, 29 percent described their role in the commercial real estate industry as a private investor; and 63 percent said they were owner/partner/president/chairman/CEO or CFO-level executives.